Albert Einstein and the Violin 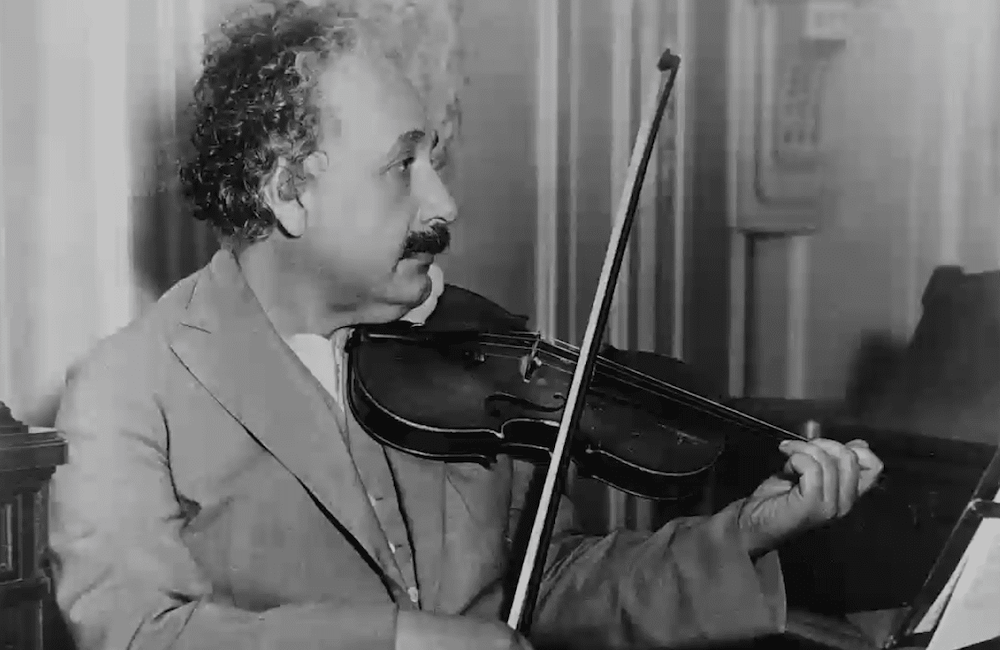 While scribbling difficult formulas about E=mc2 on a chalkboard, it may have been Mozart’s Violin Sonata in C that coursed through his considerable brain.

We may have Mozart to thank for E=mc2.

The most famous scientific equation in the world, given us by none other than Albert Einstein, is a product of the man’s genius. As a theoretical physicist, his theory of relativity is one of many contributions he made to the development of quantum mechanics. He was educated at the Federal Polytechnic School in Zurich, Switzerland and later received a PhD from the University of Zurich. Einstein taught at many European and American universities, and was a resident scholar at the Institute for Advanced Study in Princeton, New Jersey.

But there is strong evidence, as well as direct quotes from Professor Einstein himself, that suggest his love of music may have played a key role in his cognitive development and in his work throughout his life.

Einstein’s mother, Pauline Koch, was herself a pianist of some accomplishment. She introduced young Albert at age 6 to the violin. He didn’t take to it at first, but at the age of 13 he became acquainted with Mozart’s violin sonatas. He more or less self-taught and achieved accolades from those who heard him. There is some debate on how accomplished he may have been – photographs of him playing with his beloved chamber ensembles show poor form, such as failing to bow the instrument perpendicular to the strings. But it was a lifelong passion. He carried a violin with him wherever he traveled and he enjoyed performing for friends and family until late in life.

In recent decades the role of music in cognitive development has been well established. Studies indicate that the study of music, and playing an instrument in particular, helps with language processing, memory retention, math, social skills development, academic success, and long-term success in life.

Reportedly, the great physicist said, “life without playing music is inconceivable for me. I live my daydreams in music. I see my life in terms of music. I get most joy in life out of music.”

Einstein owned several fine violins. In 2018, one sold at auction for $516,500, an amount far beyond its intrinsic valuation (Einstein memorabilia is a highly valued and finite category for collectors). Originally a gift to Einstein from Oscar Steger, a violin maker who was a member of the Harrisburg Symphony Orchestra, the Nobel Prize-winning scientist gave the instrument to a Princeton University janitor, Sylas Hibbs, whose son Lawrence was studying the violin.

Perhaps musical training also engenders generosity and empathy. But does it take a genius to figure that out?