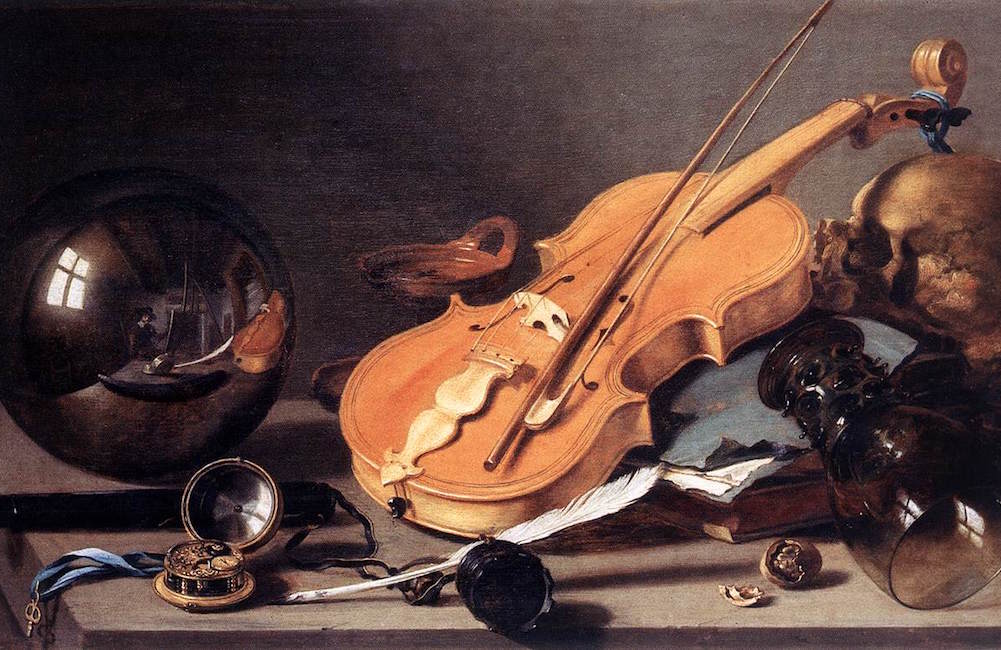 The interplay of historical events and inventive instrument making – violins providing the best example – led the transition from one period to the next.

The Baroque Period, roughly the 17thand first half of the 18thcenturies, was not just about music but also of the visual arts, fashion and architecture. In each of those a bold and elaborate style was a dominant characteristic, at its latest stages giving way to an even more ornate period that we call Rococo or the “late Baroque” period. This latter aesthetic is associated with Marie Antoinette, the last queen of France and an enthusiast of the late Baroque flourishes and stylings. Her execution, and the French Revolution, essentially had a strong correlation with the end of this era.

The transition of baroque violins and other such instruments had a thin link to the end of aristocratic rule. The more modern violins – via Stradivarius and contemporaries, who were luthiers in the era of the transition from Baroque – were about violinmaking for performances in larger concert venues, not just the intimate courts of royalty.

Baroque violins, for example, were physically larger yet projected a lesser sound than the more modern versions that followed them, owing largely to the construction of the instruments: the neck of Baroque violins were set at a more shallow angle relative to the body, which put less pressure on the bridge from the strings. The bridge was shaped differently with greater flexibility due to less mass. The fingerboards were shorter, strings were made of sheep guts (but called “cat gut”), and bows were definitively different, shaped as straight or slightly convex (with a “swan bill” shape). Not only did the sound have less projection, but the range in the upper registers was limited.

The material used for bows was snakewood, as compared to modern pernambuco wood used today (note: composite fiber materials are often substituted in modern bows due to a shortage of pernambuco). Baroque bow weight and the way they were tightened varied by their origins.

But it was the design of the f-hole in the post-Baroque violins that made for perhaps the greatest degree of sound projection. According to John Dilworth, a maker and restorer of high quality violins West London UK, the c-shape of the holes found in early violins and their precursors (in the 13thto 17thcenturies) changed to the f-shape, effectively providing a steeper backward slope to the violin neck and fingerboard. This “made the sound of the violin much more penetrating and enabled soloists to compete with the larger orchestras of the period,” says Dilworth.

Many other instruments of the Baroque period had both technical and aesthetic distinctions. The harpsichords and virginals of the era were themselves the “canvas” for painters, effectively becoming works of art that almost look too beautiful to touch.

Performers on fine violins of the period gradually migrated to the new violins, particularly the Italian violins designed and built by Stradivari and later generations of the houses of Guarneri, Amati, et al. Now referred to as the “standard violin,” they nonetheless still are made with variations that allow players to manipulate the instrument in the interest of making great music.

After the French Revolution in 1789, music became the centerpiece of the nation, with audiences joining in song such as the Hymne des Marseillais played at the intermission of all concerts. With the departure – many by guillotine – of the aristocracy, unemployed court musicians were reemployed in the newly created national music conservatory and new venues for musical theater, comic operas (Theatre du Vaudeville) and the Palais-Royal garden, where the Café des Aveugles featured an orchestra and chorus of blind musicians. These venues, often more informal and sometimes raucous, needed louder instruments.