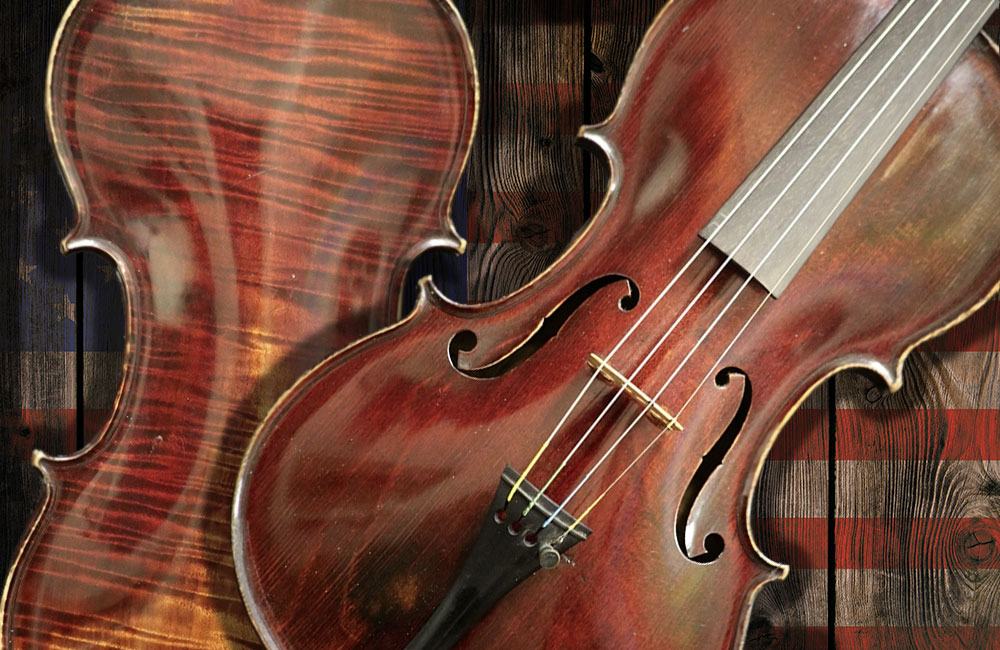 The violin, crafted by inventor Thomas Edison’s assistant and owned and played by a President Woodrow Wilson-appointed borough Postmaster, is an interesting piece of Americana.

Los Angeles, CA – September 27, 2016 - An antique American violin crafted by the personal assistant of famed businessman and inventor Thomas Edison is being offered for sale by Benning Violins. For four generations the Benning family name has been synonymous with the making and selling of fine master-crafted violins, violas and cellos.

The violin, crafted in 1897 by Massachusetts-based luthier Andrew Hyde, is, according to preeminent violinmaker Eric Benning, “a classic and interesting piece of New England Americana”.

“Hyde was essentially one very close degree away from Edison,” said Benning. “Hyde played the violin and it is well known that Edison was a piano player. It isn’t hard to imagine the two playing a duet together. He and Edison were kindred spirits.”

Aside from being associated with Edison, the violin being offered for sale was purchased new in 1899 by prominent Pennsylvania businessman Josiah Cole. Cole was later appointed and confirmed by the US Senate as Postmaster General of Slatington by President Woodrow Wilson in 1915.

The current owner is the great grandchild of Josiah Cole and still holds the original bill of sale, as well as other related historical documentation related to the violin and its previous owners.

According to Benning, the violin is crafted with a beautiful one piece of American maple with a spruce top and bears the maker’s label. Both the ribs and scroll are made of matching maple. It is modeled after a violin made by renowned Italian violinmaker Nicolas Amati.

“The violin is soloistic. It has a very powerful, dark resonance across the strings,” stated Benning. “Aside from sounding great for a player, it’s a fascinating piece of history for a collector.”

Hyde was born in 1840 and served in the Union army during the Civil War. He was considered brilliant at mechanics which led to his assisting Edison with some of Edison’s most important projects.

Beginning as a violin player, Hyde began making violins and in 1886 opened a violin and bow making shop in Northampton, MS. He was considered a successful, influential and prolific maker, producing roughly 1200 bows and instruments in his lifetime. He also published a book entitled “A Treatise on the Violin” in 1902.

Hyde’s violin may be viewed on Benning’s online catalog and is available for examination and trial: http://www.benningviolins.com/Fine-Violin-Catalog-Fine-Violins-for-Sale-Andrew-Hyde-violin.html

Benning Violins, based in Studio City, CA, has a long tradition of expert service and meeting the needs of Southern California musicians - from the beginner to professional - since 1953. Fine violins, violas and cellos crafted by Eric are played by a number of premier players, concert performers and recording artists.