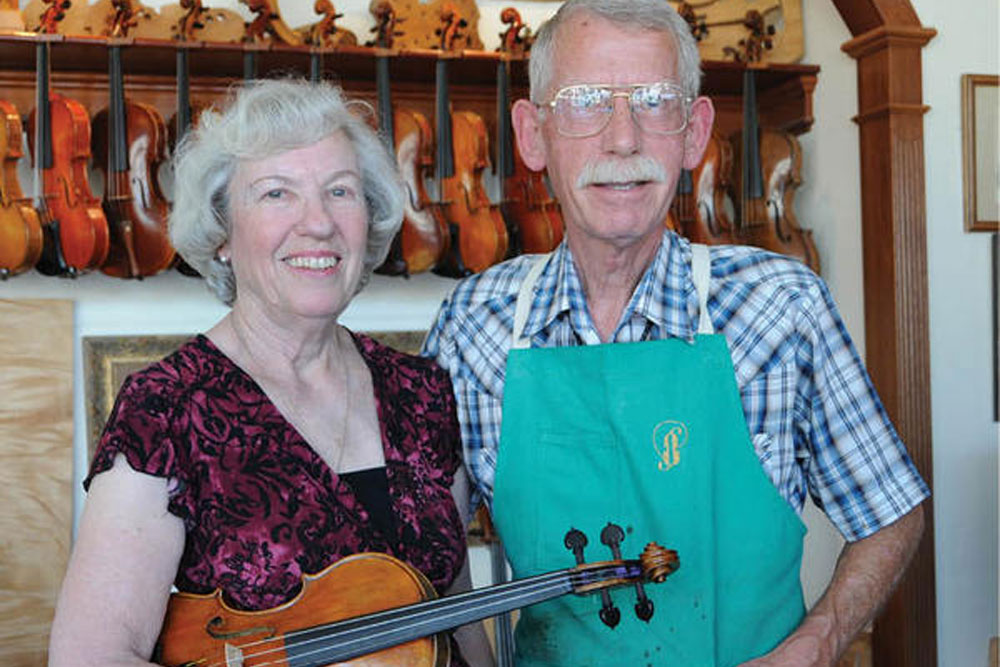 Tito reaches out to the poorest families, who come in on scholarship, their training funded in part by donations and by the fees middle-class families are able to pay. The academy members are like a very large family, says Tito, who believes that in his troubled country, music can be a healing force, and a way to build pride and develop a greater sense of community.

"The idea is something like El Sistema," Tito said of the Venezuelan music program that L.A. Philharmonic Conductor Gustavo Dudamel helped cultivate.

The day we arrived in Mexico, the Benning Academia orchestra performed at an orphanage on the famed Ruta de Vino northeast of Ensenada. The orphanage director, Jonathan Lopez, told me the children there have lost their parents to accidents and violence. Some were given up by families overwhelmed by their children's physical or mental disabilities.

"It's a little bit of everything," he said.

Nancy Benning tuned violins for children in the orphanage's music education program. With nervous fingers but big smiles, the youngsters opened the outdoor concert with a short piece that drew hearty applause. They then joined the audience to watch the Academia orchestra — which included young children as well as some of Baja's finest adult mariachi players — in a rousing celebration of ranchera romantica and other local music.