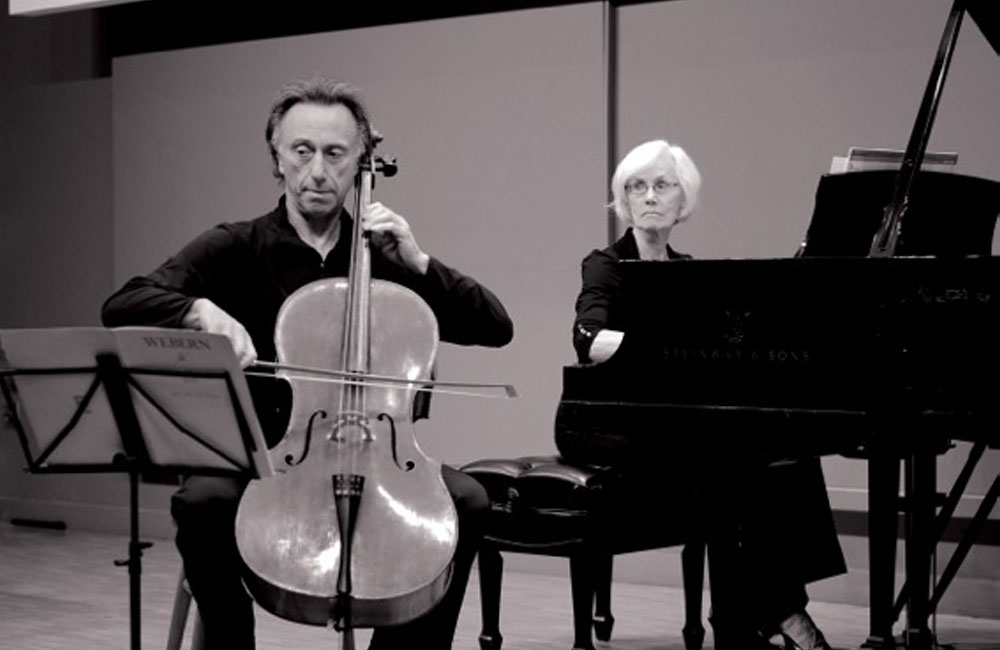 Renowned conductor and cellist Ronald Feldman, has acquired a newly crafted master cello made by distinguished Los Angeles violinmaker Eric Benning. The cello, crafted by Benning in 2013 and modeled after a noted Stradivarius model, is, according to Feldman, “a joy to play”.

“I had visited Eric’s workshop in July and saw the instrument in its raw, unadorned state, with no varnish and without the scroll,” said Feldman. “What I saw was the beginning of a wonderful looking Stradivarius copy, the raw wood obviously of premium quality. Having been the owner of a Montagnana and a Gennaro Gagliano, both magnificent sounding instruments, I entered into the contract with a certain amount of trepidation, knowing full well that appearances do not guarantee a sound to match.”

Feldman, who joined the Boston Symphony Orchestra as a cellist at the age of 19, has received critical acclaim for a wide range of musical achievements and has appeared as a cello soloist with many top orchestras, performing a stunning range of concerto repertoire. Feldman has collaborated with artists such as Emmanual Ax, Garrick Olsen, Gil Shaham and Yo Yo Ma and has become acclaimed conductor, appearing on stage with numerous ensembles.

“The finished product, at first glance, looked stunning,” states Feldman. “I plucked the strings. The entire cello resonated throughout. When I sat down and played the instrument, all of the uncertainty I harbored was rewarded with a voice more in line with a fine, old Italian instrument. As I have gotten to know this musical partner, I have found it to have all of the characteristics I cherish in a cello; a full rich sound filled with overtones, a strong A string, and, most importantly, an evenness of quality from C to A. I couldn't be happier with the cello. It allows me to express my voice with complete confidence. It's a joy to play.”

Benning says he feels “humbled and honored” knowing an artist of Feldman’s caliber is playing his instrument. “We get a lot of world-class artists walking through our doors but I was surprised when Ronny Feldman walked in because he’s based in New England. As far as musical artists go, they don’t come any more highly discerning than he. His accomplishments as a conductor and cellist are the stuff of legend.”

Benning Violins has become a mainstay institution on the West Coast for premier performers – as well as other concert and performing artists, renowned teachers, amateurs, students and players of all levels since 1953.