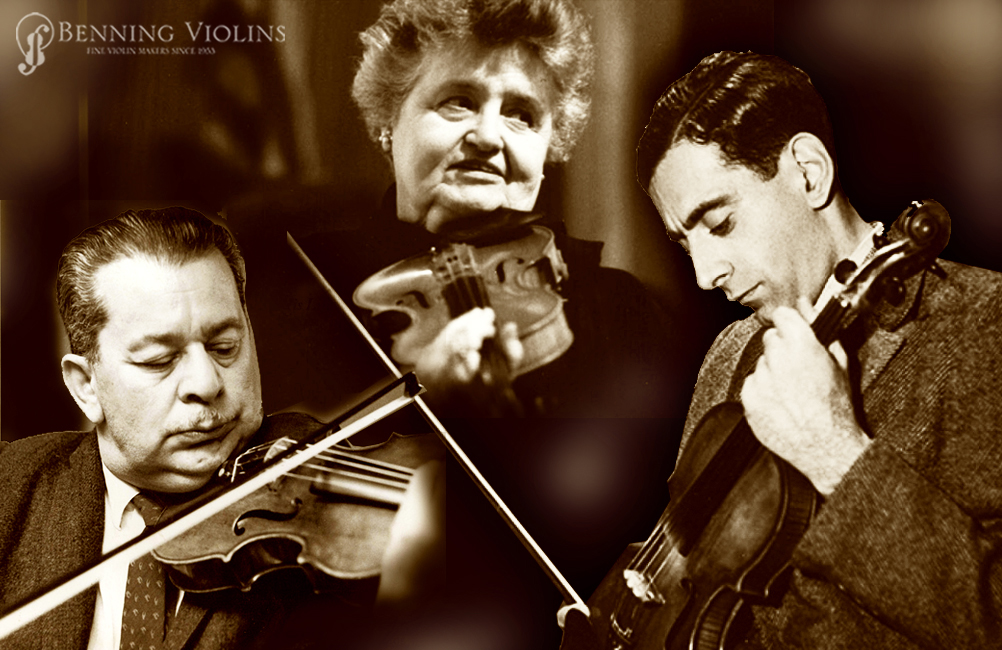 Even Itzahk Perlman had a teacher, without whom he would not be the performer he is today. It takes sacrifice to leave the stage and cultivate those who will one day take it themselves.

The saying, “Those who can’t, teach,” has never been true. Without teachers, civilized societies would have nothing. Teaching itself requires intense rigor and an ability to master the pedagogy of leading a student to discovery – all the while having the talent and patience required to get there.

Some of the greatest violin teachers might have suffered the slings and arrows of that unfortunate and unfounded phrasing. But they didn’t allow it to deter them. And the results are many more times violin virtuosos than there are great teachers. It’s an inverted pyramid, where great music is created on the foundation of a select few who dedicated themselves to fostering greatness in others.

DeLay (1917-2002) – who trained at Oberlin Conservatory, Michigan State university, and the Juilliard Graduate School, in addition to receiving honorary degrees from several universities, Yale among them – determined in her 20s that she was less interested in performing than teaching. She returned to Juilliard to study under Ivan Galamian (see below), after which she taught there and, for 40 years, at Sarah Lawrence College, in addition to the University of Cincinnati College-Conservatory of Music, the New England Conservatory, and several music festivals. Said Itzahk Perlman, her student: “I would come and play for her, and if something was not quite right, it wasn’t like she was going to kill me…we would have a very friendly, interesting discussion about ‘Why do you think it should sound like this?’”

Galamian (1903-1981) was born to an Armenian family living in Iran, and when he was a baby they emigrated to Russia; this was at a time when Armenians were being persecuted in massive numbers in their homeland. Russia (Moscow) was fortuitous for the wandering family in Galamian’s education with the School of the Philharmonic Society (although he was jailed when he was 15 during the Bolshevik revolution; the Bolshoi Theater opera manager argued successfully for his release). In addition to teaching violin at the Curtis Institute of Music in Philadelphia before becoming the head of the violin department at Juilliard, he authored two seminal violin method books (Principles of Violin Playing and Teaching, and Contemporary Violin Technique, both first published in 1962). An enduring legacy is the Meadowmount School of Music summer program in Westport, New York, which he founded. Dorothy DeLay was one of his several teaching assistants.

Gingold (1909-1995) had a notable career as a concertmaster and soloist (Detroit Symphony Orchestra and Cleveland Orchestra) before embarking on a 30-year career teaching at the Jacobs School of Music at Indiana University. Millions of Americans got to meet Gingold when one of his students, Patricia Shih, performed for his 75th birthday celebration on the “Charles Kuralt Show,” a national television broadcast.

But Gingold didn’t only teach. His recording of Fritz Kreisler’s work earned him a Grammy Award nomination. This is in addition to several teaching awards from various orchestras and universities.

The best teachers are those who know what they’re teaching – and multiply their talent through generations of students.