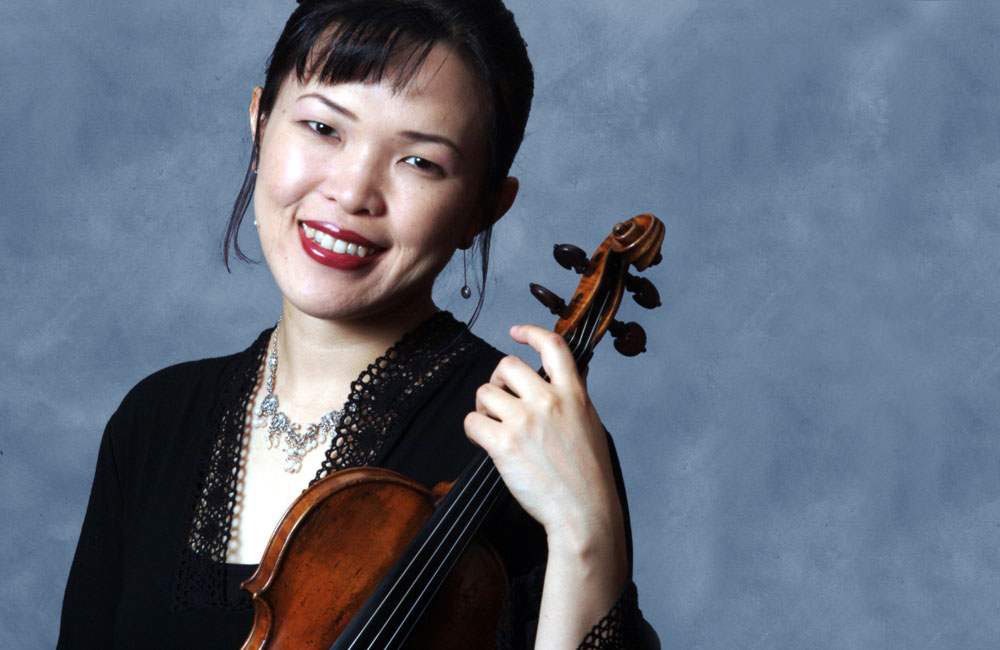 According to Benning, the violin, a Stradivarius model, was made in 2005 in Pickerel, Wisconsin in collaboration with the celebrated violinmaker Carl F. Becker, Benning’s great Uncle, teacher and mentor.

“This particular violin has a large, powerful sound,” said Benning. “It’s a magnificent soloist instrument that’ll sound very rich in Tamamo’s capable hands. And because Carl Becker was overseeing the construction, the violin is gorgeous and beautifully executed. Carl wouldn't accept any less.”

“After Mark played on his cello, he mentioned that his wife, also a professional, would be interested in trying one of my violins should one become available,” related Benning. “One week after the sale of cello was finalized, a well-known Los Angeles-area violin teacher brought the violin in for consignment. He was retiring. I sent it to Kansas City by Fed Ex that same day.”

Tamamo will perform on the new Benning instrument along with her fine 18th century violin purchased in Japan 25 years ago while she was a student at the renowned Toho School of Music.

With the coincidences and synchronicities, both Mark and Tamamo Gibbs believe that the acquisition was “meant to be”.  “This great instrument will likely be passed on to our daughter, who is an accomplished young violinist and was born the same year the violin was crafted,” said Mark.

“This violin is characterized by what Mark and I have come to recognize as ‘the classic Eric Benning’ clarity and ease of playing,” said Tamamo. “It possesses a pure, crystalline sound that, quite honestly, sounds excellent when anybody is playing it but sounds rare and exceptional, like the old Italian instruments, when played by an exceptional violinist.”

For four generations, the Benning family name has been synonymous with the making of fine, master-crafted violins, violas and cellos.  Benning Violins has a long tradition of expert service and meeting the needs of musicians - from the beginner to professional - since 1953.