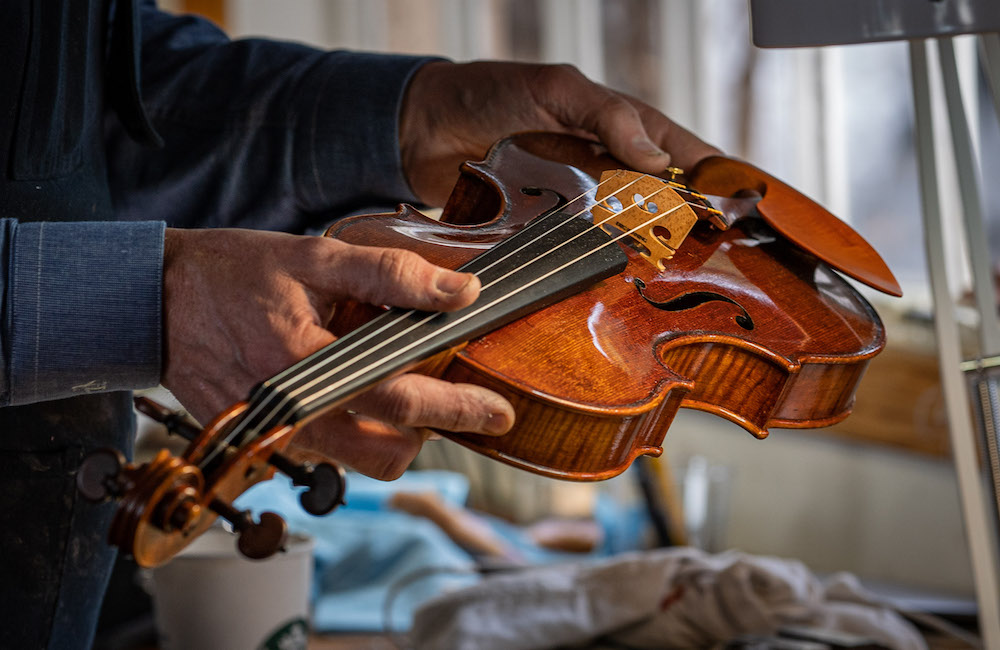 The search for identity and value in fine stringed and other instruments is its own treasure hunt. Several factors matter – including how it sounds.

“Antiques Roadshow” is one of the most-watched programs on the PBS television network, seen by up to 8 million viewers per week. But while appraisers on the show provide their services for free – because it’s great exposure for them and their businesses – it does a bit of disservice to the appraisal trade, including appraisals of fine stringed instruments.

How so? It makes it look a bit too easy. And what doesn’t get much play on the program is the full process appraisers undergo in evaluating items of rare value, and the written certifications they provide to owners of fine violins, cellos, violas and basses (as well as antique trumpets, harps and even an over-the-shoulder saxhorn from the mid-19thcentury once seen on Antiques Roadshow).

One such episode of the show (Season 20, Episode 25) identified a violin attributed to early 19thcentury Italian luthier Johannes B. Ceruti. The appraiser provided excellent topline observation of the instrument, including previous appraisal documents (one from the 1940s which misidentified it as a Guarneri), but the show didn’t have time to show the meticulous and detailed process that a full fine stringed instrument appraisal would entail. That would include:

Something that almost never factors into an appraisal is a signature of a famous violinmaker. Thousands exist that say “Stradivari” or other famous names of luthiers who almost certainly did not make that particular instrument. It’s not that they are forgeries. It’s that lesser contemporaries were paying a homage, of sort, by saying the instrument was made “in the style of” the name they use.

So what does an appraisal amount to, other than knowing the details of an instrument and its monetary value? To begin with, third party documentation serves a legal purpose. It can be used with insurance companies, in courts of law (such as in a legal dispute of ownership, or in the division of property in marriage dissolution), or when the owner decides to sell the instrument or to get a tax write-off when donating it to a qualified 501c3 charitable organization.

As of now, there is no national or state licensing of fine instrument appraisers. Only the track record of an appraiser and accreditations from major appraisal accrediting organizations (ASA, AAA, ISA) provide a means of identifying legitimate appraisers. Importantly, the appraisal is priced according to the time and expertise of the appraiser, not the value of the instrument. This ensures an objective appraisal of value.

So while real life is rarely as simple (and fast) as portrayed on reality TV (Antiques Roadshow is in fact one of the oldest reality TV shows), the outcomes can be really important – to buyers, sellers and players alike.