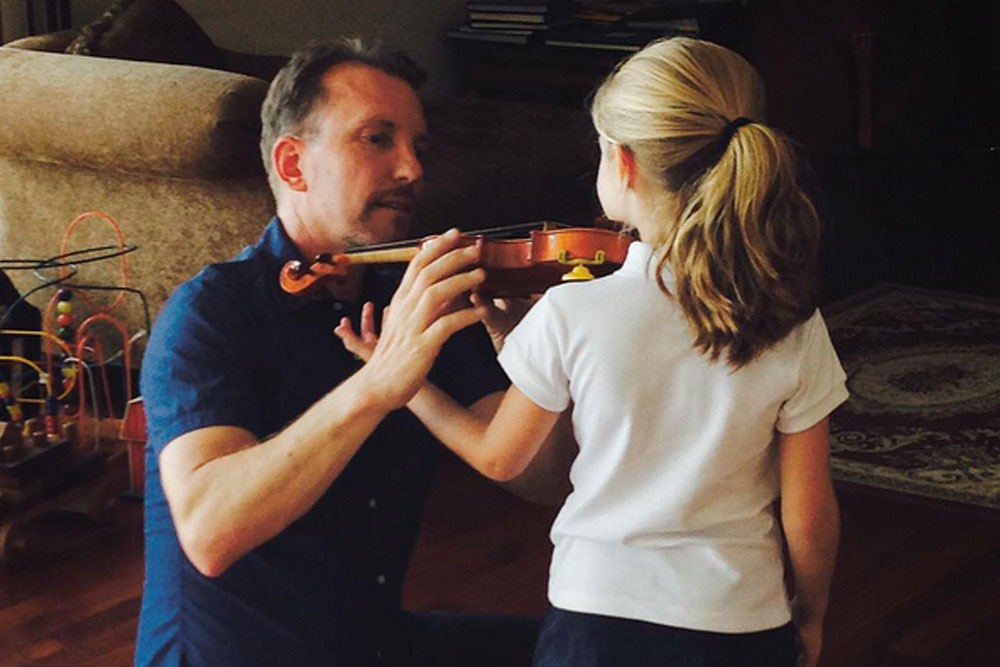 She thinks Beethoven is a dog -- but Heidi discovered music, and Studio City history, at Benning Violins on Ventura Boulevard

While Studio City mourns the passing of the landmark Henry’s Tacos, be thankful there is still some old Studio City history left in the neighborhood. One of those is Los Angeles violin shop Benning Violins on Ventura Boulevard, celebrating its 60th anniversary this year. While Henry’s Tacos began stuffing ground meat into shells in the early 1960s, Benning Violins has been providing, as the front window says, “Studio City Music since 1953.”

I am beginning to appreciate anything that is older than I am. And ever since we started our column, Heidi and I have been thinking about dropping in on Benning Violins. It always seems so different from the other bustling, need-it-now businesses competing for our attention on Ventura Boulevard. It’s easy enough to find a place to get gluten-free pizza, medical marijuana or sweat pants with a suggestive message written in rhinestones across the rear end. There aren’t so many spots where you can watch plain wood transform into violins, violas and cellos before your eyes.