The History of American Fiddle Music 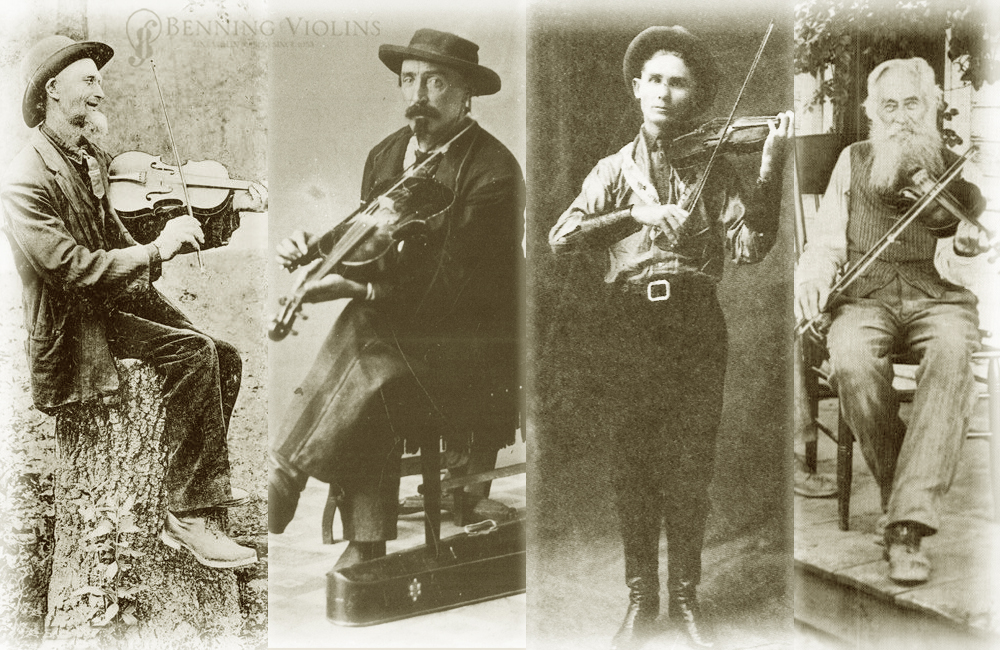 While America cannot claim ownership of the common fiddle, the music it delivers evolved here and is embraced by a national audience – far beyond its regional Appalachian origins.

There’s an old fiddle joke, which we assume is told by American fiddle fans and players, that goes like this: What’s the difference between a violin and a fiddle? Answer: the former has strings, the latter has “strangs.”

There’s really a lot said in the wit. One, it’s that violins and fiddles are basically the same instrument, although player modifications changes that a bit. Another is about regionalism and the relationship between music genres and regional linguistics.

The differences between a violin used by Itzhak Perlman and a fiddle used by the late Charlie Daniels is a fiddle bridge top would likely be slightly flatter. Also, the strings are more likely steel than made of gut or synthetic materials. Playing techniques differ as well, due in part to the different genres of music. For example, classical violinists more often and to a greater degree will use a vibrato, as well as legato phrasings that require longer bow strokes. The music of American fiddlers tends to be in reels, hornpipes (borrowed from British naval traditions), polkas, jigs, and lively waltzes – no vibratos or legatos required.

Also, professional violinists will go to great lengths to acquire pricy fine violins for sale, crafted by notable violin makers. This is not so with professional fiddlers, who are usually content to perform on lower-end instruments that can take the abuse that often comes from aggressive fiddling techniques.

Notably, the relationship between fiddles, geography, and regional linguistics is apparent in the fiddle history in the United States.

Fiddles derive from the Middle East (the rebab), which over time and travel through Europe, North Africa, and ultimate the US evolved to the basic violin/fiddle that we have today. It was in the early 16th and 17th centuries that the master violinmakers in Cremona and Venice somewhat perfected the modern and standard form of the instrument. When mass production of the instrument in Germany, France, Italy and England at the turn of the century made the instrument affordable to the masses, the instrument’s application to folk music became possible – and ensured its long-term success.

The fiddle traveled well too – much better than pianos, obviously – and so migrations of people looking for a better life in America meant the fiddle, the musical genres, and language came with them. In particular, the Scots Irish in the 17thcentury that couldn’t afford coastal-area land so they moved to the Appalachian region. Linguists today parse out phrases and syntax unique to the area (“rurnt” means ruined, “allow” can mean say, and “pert-near” is nearly or almost or practically speaking) that have their roots in the British Isles, a land they left centuries ago.

The American fiddle traditions also come from Scotland and Ireland, but with influences from everything else in America: native Americans, Africans, French Canadians, and in a modern era, fusion with country, jazz, rock. Polkas originated in Bohemia (Czech Republic) – in the 19th century, a surprisingly recent period – but spread quickly in German and Polish folk music, throughout Europe, and was easily picked up by American fiddlers.

From the linguistics side, accents all around the US are flattening from migration, television and radio, and an awareness of career limitations due to “hillbilly” connotations associated with Appalachian accents. Fortunately, American fiddle music lives on through folk and bluegrass music festivals held all over the country. They include the Newport (Rhode Island) Folk Festival, Telluride (Colorado) Bluegrass Festival, Kutztown (Pennsylvania) Folk Festival, and many more.

They may or may not say “strangs” at the Newport Folk Festival. But those strings/strangs carry on a type of music that appeals to a wide audience, including those far removed from the Appalachian Mountains.