Luigi Tarisio and His Legacy 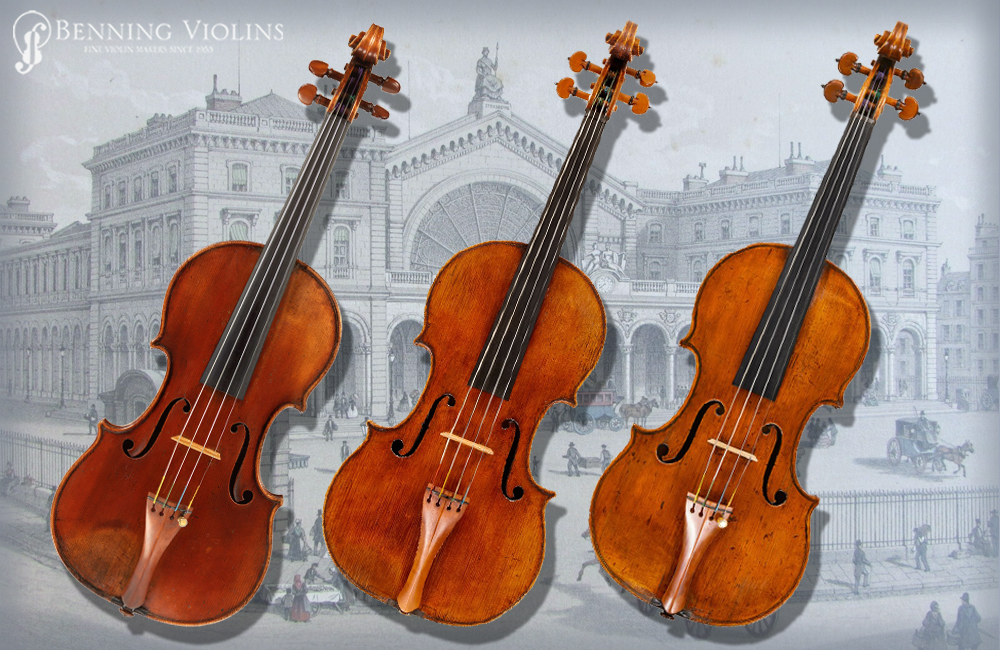 Neither a player nor maker of violins, he might be responsible for more fine fine stringed instruments from the master luthiers still in existence today.

Across the arc of violin making, selling, and collecting, it’s important to understand it all started as a story of European culture, economics, prestige, and financial gain, broadened more globally in the 20th and 21st centuries.

And perhaps the catalyst for important instruments from Italy was neither a violin maker nor a virtuosic string player. It might have been an itinerant trader, a man named Luigi Tarisio, whose initially slovenly appearance belied his genius at finding, buying, and selling fine stringed instruments – and perhaps he bears some responsibility in the saving of some of the 650 Stradivarius-crafted instruments in existence today.

Tarisio was born in Fontaneto d'Agogna, in the Piedmont region of Italy, in 1796 to humble conditions. He trained as a carpenter and worked as a furniture repairer and busker, using his skills as a fiddler in taverns for support. Being in northern Italy, he was in some proximity to the great luthiers of Cremona and Florence. Those greats include Stradivari (1644-1737) and ‘del Gusu’ Guarneri (1698-1744).

Note the dates. Tarisio became a working adult about 60-70 years after these makers of the finest violins, cellos, and other stringed instruments had died. As a New York Times article (MUSIC; Nearing Endgame in the Violin Trade?,” February 11, 2001, by David Schoenbaum) states, “[When he died] Guarneri was hardly known beyond the city limits. His death in 1744, seven years after Stradivari’s, effectively marks the end of classical Cremonese violin-making.”

The article goes on to say “when the Italian economy sagged, the French and British rich took to Italian violins” as they had previously done with statues, paintings, and Persian rugs. But what is left out of this article is documented elsewhere: it might well have been Tarisio who, with the help of the heirs of a rich Italian count, played an important role in bringing those instruments from southern to northern Europe.

Tarisio was more talented as a businessperson than anything else. He shared a passion for the aging fine instruments of the Italian masters with Count Ignazio Alessandro Cozio di Salabue, who was more than 30 years his senior and far, far richer. Academics are unclear of the relationship between the two during Cozio’s lifetime – a dearth of information perhaps due to Tarisio’s likely illiteracy and therefore lack of written correspondence – but what is known is that Tarisio was able to buy several important instruments from Cozio’s estate after his death at prices lower than he could finesse with the count during his lifetime.

How was Tarisio able to buy those instruments (several Guarneris and Bergonzis, an Amati, a Rugeri, and a Cappa)? He had already managed to buy other instruments of value and then resell them. But how did he get his start?

According to the Tarisio.com website (named by 21st century dealers in his honor), “Tarisio … taught himself the violin and began busking in taverns, traveling around his local area as an itinerant furniture repairer. The violin became his obsession, and he began to realize that many old instruments he encountered on his travels were the work of great craftsmen, and of great intrinsic and artistic value. Whether he did offer new violins in exchange for these old masterpieces as he found them in homes, churches, and monasteries as he made his way across Piedmont is really only speculative, but he certainly was an instinctive trader…he developed that uncanny eye for quality that all antique dealers know and respect.”

More speculation is made of his first trip to Paris, in 1827, which he reportedly did so on foot, a 500-mile distance, while carrying six valuable violins (by Nicolò Amati, Maggini, Francesco Ruggeri, Storioni, and two Grancinos). His appearance hurt his ability to sell the instruments at a premium price, but he learned from the experience and returned a few months later, better dressed and in a coach. He then showed instruments to four leading Parisian dealers, effectively creating a bidding war, making that trip a success – and ensuring future returns with more instruments.

One such find of Tarisio was what is now known as the “Messiah Stradivarius.” The name emanates from a joke, as the dealer spoke of his ownership of the Strad but didn’t produce it for some time. A violinist remarked that it was akin to the biblical Messiah, long promised and but not yet arrived. Today, it is one of the most prized instruments in the world and held in the Ashmolean Museum in Oxford, England.

The role of wealth and commerce in fine instruments is often decried today as it was then. But the profit motive driving Tarisio might be why so many fine instruments made their way to investors who could afford to maintain and preserve them – for then, for now, and for the future.