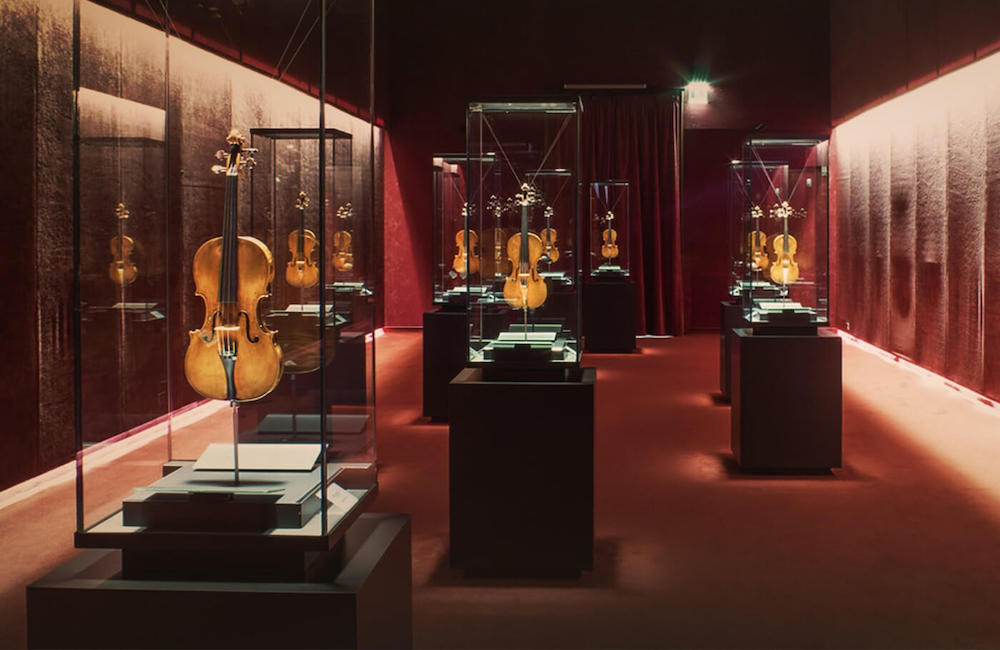 The human instinct to produce pleasing sounds is unlimited. This is evident in the string, wind, and percussion instruments found in museums around the world.

It’s possible to travel the world and, in almost every capital and many secondary cities, particularly at great universities with music schools, you will find a museum dedicated to musical instruments. Many of the finer museums of course feature fine stringed instruments, several others are dedicated to pianos, and some fill a niche with aboriginal or non-classical instruments.

One such niche is the Place de la Musique, the work of a philanthropic family (The Sanfilippo Foundation, Barrington, Illinois) dedicated to automatic instruments (e.g., player pianos) and pipe organs. Another is the Museum of Making Music (Carlsbad, California), dedicated to people who make, sell, and use musical instruments, with an emphasis on music education for all. In Almaty, Kazakhstan stands the Kazakh Museum of Folk Musical Instruments, promoting the purity of the region’s folk culture and the preservation of instruments such as the jetigen harp.

Where it comes to the more common stringed, brass, and woodwind instruments, there are glorious exhibits found in grand places. A surprisingly rich collection is at the College of Fine Arts at the University of South Dakota (Vermillion, population 10,853), which houses the National Music Museum. It holds 15,000 instruments, including the several by none other than the renowned Italian fine violin maker Antonio Stradivari: two violins, a guitar, bass viola da gamba, mandolin coristo, and a violin bow.

While that is rather remarkable for the American heartland, other grand museums of Europe, Japan, and India are must-see places for the world traveler:

The collection includes the earliest known guitar and stringed keyboard instrument, plus the trombone of composer Sir Edward Elgar.

With a collection of Rennaissance and baroque instruments (think clavichords and the fortepiano, plus early music woodwind instruments), the bulk of it from the Hapsburg possessions (the House of Hapsburgs were the Austrian dynasty ruling from the 11th century to its dissolution in 1780).

Holding a collection of 8,390 items, of which 4,442 are musical instruments, the museum focuses on Western classical, modern, and non-European music of the past 500 years. Violins in the collection are by Stradivari, the Guarneris, and Amati. It also houses saxophones by Adolphe Sax.

Based largely on historic instruments of the subcontinent, the bulk of the 450-instrument collection is from the 17ththrough the 19th centuries. One important instrument is the Sarod, a guitar-like string instrument that was the basis of the career of Sharan Rani, a 20th century woman who broke barriers in a formerly male-dominated profession.

Opened in 1995, it contains 1500 musical instruments, including pianos, percussion instruments from Burma (Myanmar), and 200 exhibits with traditional (non-Western) Japanese instruments.

There are also museums dedicated to kazoos, to accordions, and even to the musical sounds of the Arctic (in Anchorage, Alaska) – Proof that music is universal across all variations of humanity.