Pablo Casals and His Goffriller Cello 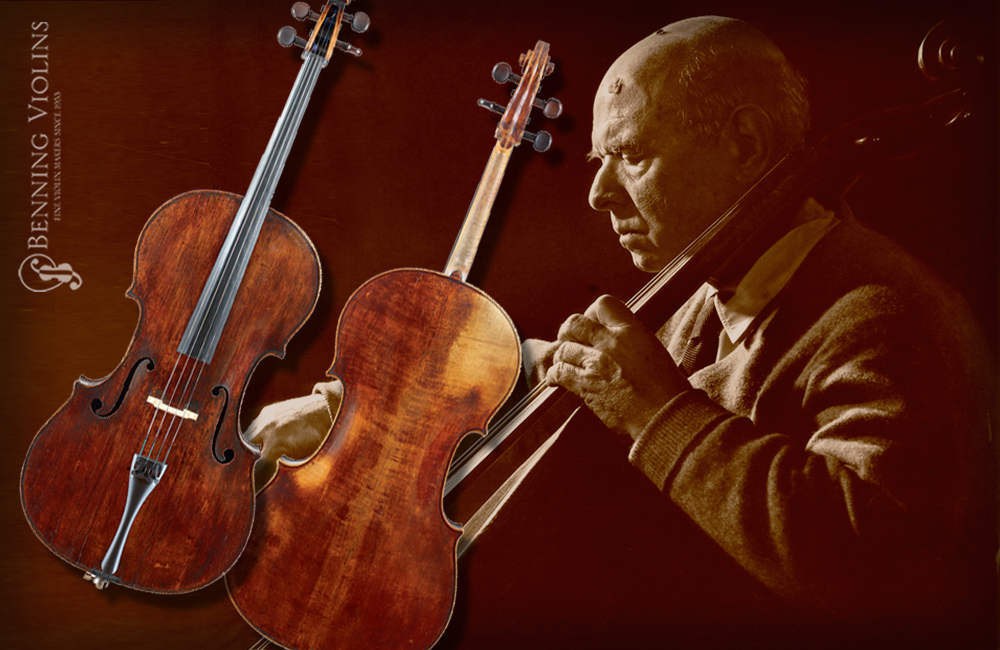 Misidentified for decades, the instrument of the famous 20th century cellist is still in the ownership of his widow. Tax policy is why it was misidentified.

A rose by any other name is still a rose.

The same could be said of the 1733 Goffriller cello. The prized instrument of legendary cellist Pablo Casals, it was hiding in plain sight, believed to be an instrument from the violin shop of violin maker Carlo Bergonzi of Cremona, Italy. Casals played it for 50 years before he knew who actually made it, and today it lives on as “The Pablo,” currently played by Israeli cellist Amit Peled.

So why the confusion?

The real maker of the cello that Casals played throughout the bulk of his career – touring the capitals of Europe and the Americas, playing for royalty and the American President John F. Kennedy (at the insistence of First Lady Jackie Kennedy) – “actually labeled only a small percentage of the instruments [he made] in order to avoid paying Venetian taxes,” says the Wikipedia page about luthier Matteo Goffriller (1659-1742). Consequently, over time Goffriller’s instruments were often misidentified, even to a world class player such as Casals.

(This isn’t the first instance where a tax policy affected the arts and design. The original mansard roof, at a near vertical slope, reduced a tax liability for homeowners of multi-story homes in 1798 France, with the roof subtracting the top floor from the assessment. Queen Anne would similarly tax two-story homes in the American colonies, which led to the New England colonial saltbox home that lent them the appearance of a single story from the front elevation. Machinations by homeowners with chimneys [eight fireplaces vented through just two chimneys] and windows (reduce the number facing the street) similarly saved the owner on their taxes.)

Casals acquired the cello around 1917, which featured a facsimile of the Bergonzi label, dated 1733. So the confusion is understandable, although dealers today are held to a higher standard of determining makers and provenance. Carlo Bergonzi was himself renowned for crafting fine Italian cellos, violas and violins.

The wood used in the instrument – maple for the back and side, the top from veined spruce – is more characteristic of Venice luthiers, where Goffriller worked as a member of that city’s guild. Cremonese luthiers used different woods from different sources, including willow for internal blocks and linings. The cello’s scroll is characterized by a low belly and forward thrust, a characteristic of Goffriller’s other instruments.

Just as remarkable is this instrument’s history and misidentification is the life of Pablo Casals. Born in 1876 near Barcelona, he was in that city in 1937 as the Spanish Civil War raged. He had to escape on a propeller plane to Prades just as Barcelona was about to erupt into war; we can assume the few items he was able to take with him would have been the cello. The catastrophic bombing of Guernica in that conflict – the subject of one of Pablo Picasso’s most famous paintings – along with other hardships on the Spanish people drove Casals to raise money for the afflicted through music.

Casals remained in exile until his death in 1973 at age 96, just two years short of the death of dictator Generalissimo Franco.

His first marriage existed mostly on paper for decades, but Casals divorced in 1957 to marry his student, the 20-year-old Marta Montañez y Martinez of Puerto Rico. Today, Marta Casals Istomin is in her mid-80s, is a former president of the Manhattan School of Music – and remains the owner of the Goffriller 1733 cello, which she lends to Peled.

The Goffriller cello is the rose Marta Casals Istomin could not part with.