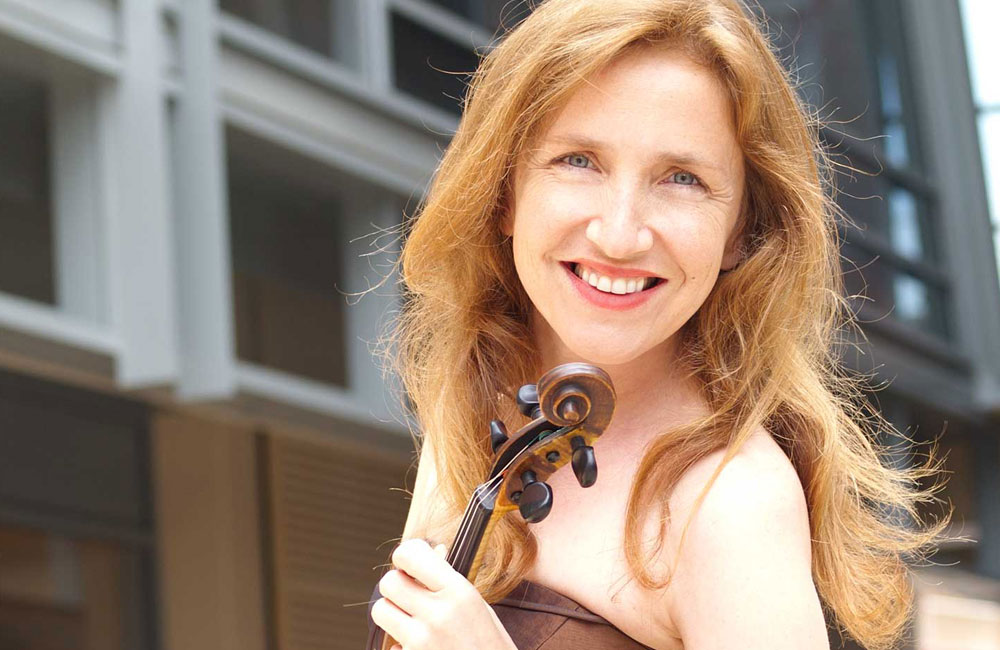 Renowned Los Angeles-based violin virtuoso Aleksandra Maslovaric, has acquired a master violin crafted by luthier Eric Benning. The violin, made by Benning in 2009 after a celebrated Stradivarius model, will be used to record the violinist's next recording of classical works written by women composers.

Los Angeles, CA January 15, 2012 - Concert violinist Aleksandra Maslovaric, an artist well-known for her performances and recordings of compositions written by women composers, has recently acquired a violin crafted by master violinmaker Eric Benning. Benning Violins is a distinguished violin shop that has been offering sales of fine violins, violas and cellos, crafted by past and present masters, to the music scene of Los Angeles since 1953.

Benning, whose shop long maintained the violins of Jascha Heifetz, considered by many to be the violinist of the century, is used to premier players, concert performers and recording artists purchasing the fine instruments he crafts. But he admits that there was something special about this particular acquisition.

"Aleksandra has been a client for over a decade and I know her to be a highly discerning musician," said Benning. "It's that much more of an honor that she selected my violin to record her new album."

Maslovaric has performed concerts and recitals throughout North America, Europe and in her native Serbia, appearing regularly on stage, television and radio broadcasts, and has been recognized by critics for her virtuosic technique. A large part of her repertoire consists of compositions written by noted though unrecognized female composers such as Emilie Mayer of Germany, Italian composer Maddalena Lombardini Sirmen and American composer Beth Anderson.

The violin acquired by Maslovaric was crafted by Benning in 2009 on a Stradivarius pattern. It's a stunning instrument," said Benning. "There's something very special about it in that I used an antiqued varnish, which makes the sound rich and warm and clear. It is resonant and powerful."

Aleksandra Maslovaric began carving her niche in 2000 by performing and recording classical works composed by women after she, herself, began composing music. Her passion for these compositions allowed her to uncover many works by women long overdue for recognition by performing her own musicology research. Her debut album, Feminae in Musica, was released in 2009 and continues to receive airplay on classical radio stations worldwide. Her new CD will be recorded this year and released in 2014.

"I admire what Aleksandra is trying to accomplish," states Benning. "It's important work and it's courageous work. By bringing this neglected repertoire to light, she is making a huge contribution to music appreciation and musicology as well as challenging what one could argue is male dominance in the Classical music genre. In as much as Aleksandra will be playing my violin, I'm honored to be a part of it."

We offer an extensive collection of fine #violin, #viola and #cello bows by the great #French masters. We also stoc… https://t.co/oFisJPRDKD