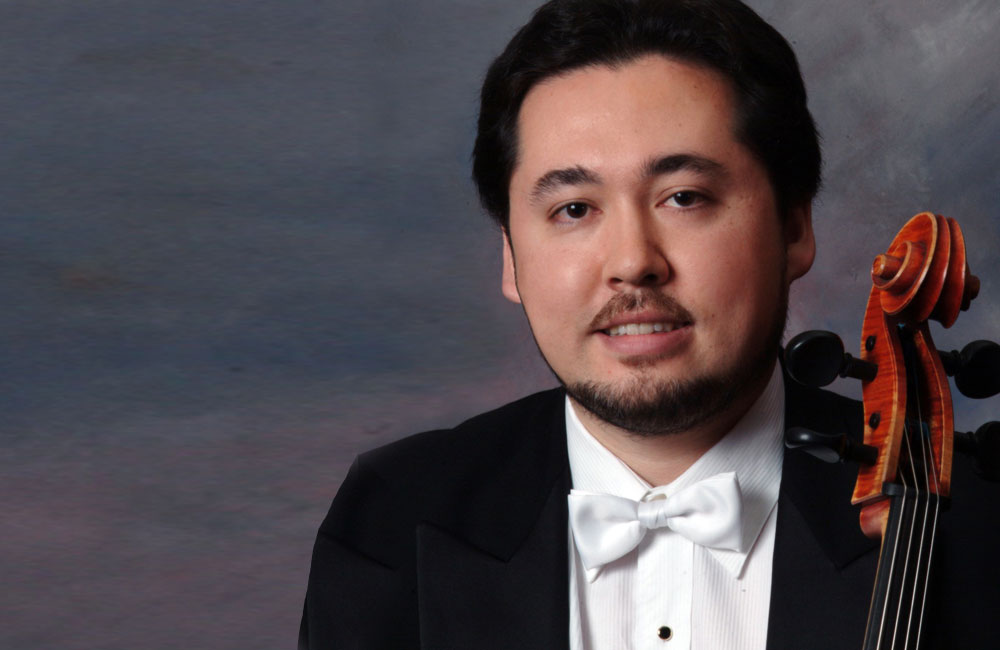 Mark Gibbs, principal cellist of the Kansas City Symphony, has acquired a cello crafted by distinguished Los Angeles violinmaker Eric Benning. The instrument, crafted in 2008 after a Stradivarius cello, possesses, according to Gibbs, a “rare combination of traits”.

Los Angeles, CA – August 24, 2015 – Mark Gibbs, the acclaimed principal cellist of the Kansas City Symphony, has recently acquired a master-crafted cello made by preeminent Los Angeles violinmaker Eric Benning of Benning Violins. For three generations, the Benning family name has been synonymous with the making of fine, master-crafted violins, violas and cellos.

Gibbs, who holds the esteemed Robert A. Kipp Chair, has been praised by the Kansas City Star for his “sweet, sensuous tone and a sophisticated feel for long-breathed lines”. He has earned numerous awards, prizes and fellowships and received critical acclaim for his recording of Saint- Saëns’ tone poem La Muse et le Poète with the Kansas City Symphony.

The story of Gibbs’ acquisition began eleven years ago as he was visiting violin shops in Los Angeles as part of his search for “the perfect cello”.

“I had stopped by the Benning shop and was shown two cellos,” recalled Gibbs. “While I was intrigued by one that was newly crafted by Eric, I passed on the purchase. Through the years I had a slight feeling of regret that I had missed an opportunity. I recently had been doing some cello ‘soul searching’, which brought me back to Eric Benning. As luck would have it, this particular cello was being sold at the world-renowned Carl Becker & Son shop in Chicago.”

According to Benning, the 2008 cello acquired by Gibbs is, for many reasons, “a very special cello” made after one crafted by Antonio Stradivarius, the legendary violinmaker from Cremona, Italy. Besides being a powerful soloist instrument, the cello is notable for being the last instrument Benning made alongside his great uncle and mentor, the late and legendary Carl F. Becker.

“The cello was previously owned by a cellist who had a storied career as a movie studio musician,” said Benning. “This cello’s voice has been heard by countless people on over 250 television shows and film soundtracks. As the maker, I’m thrilled to have a performer of Mark’s caliber acquire the instrument so that the public can continue to hear its voice.”

Gibbs considers it “inspirational” to cross paths “with this great cello at this time in my career.”

“As I reach the prime of my playing career, I am becoming more cognizant of exactly what I value in my instrument.  Eric's beautifully crafted cello provides the ideal voice for projecting any type of sound because it always rings in any register effortlessly with brilliant clarity.  At the same time, I am able to go very deep into the string to achieve additional higher 'gears' of sound.  This combination of traits is really rare in the world of cellos, in my experience.  Eric Benning is an amazingly talented and meticulous luthier and I am fortunate to know him.”

Benning Violins has become a mainstay institution on the West Coast for premier performers as well as other concert and performing artists, renowned teachers, amateurs, students and players of all levels since 1953.  Benning Violins offers service and sales of fine violins, violas and cellos, crafted by both past and present masters.