Stradivari’s Red Mendelssohn: The Inspiration for “The Red Violin” 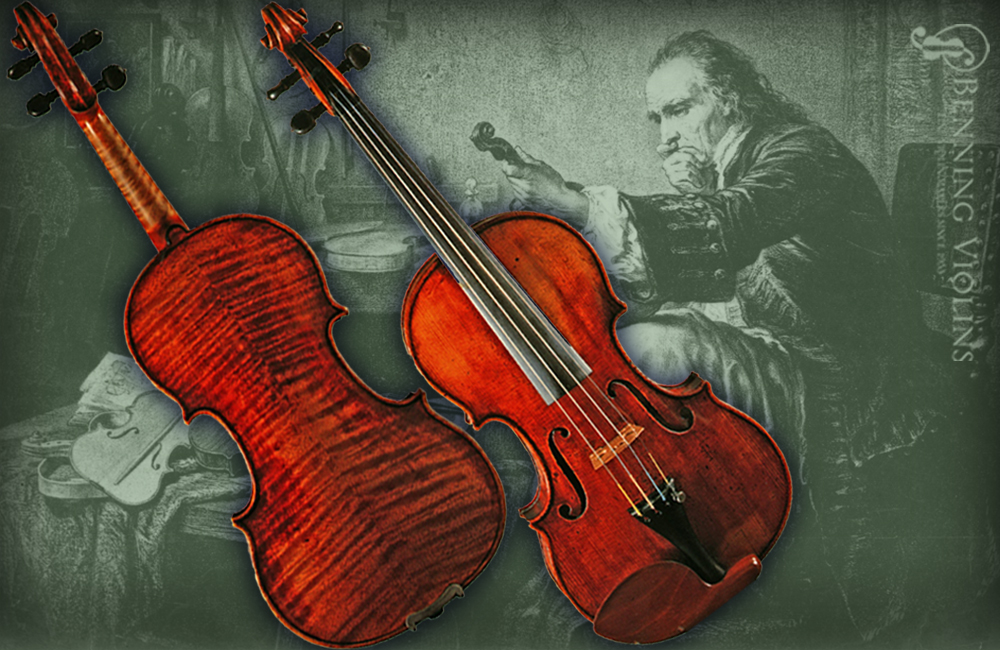 What happened to one Stradivarius violin after it left his shop in 1720? Hollywood created a possible history – one that might have an element of truth.

Art imitates life, they say. And there is no better example of that than the narrative of “The Red Violin,” an award-winning 1998 film. Written by Don McKellar (who also plays a role in the film), directed by Francois Girard, and starring Samuel L. Jackson, it tells the story of a violin made in Cremona in 1681 that soon is lost and is handed from one player to another, crossing time and continents to resurface in Montreal in 1997.

This roughly imagines the real-life story of a Stradivarius violin known as “the Red Mendelssohn”, one of the many fine stringed instruments crafted in the Cremona-based violin shop of the legendary violin maker. This particular violin was made in 1720, with a red-tinted varnish that Stradivari used in his “Golden period,” and its provenance is a complete mystery until it reappeared in Berlin in 1930, purchased (from whom?) by heirs of the composer, Felix Mendelssohn (1809-1847), and played by Lilli von Mendelssohn (1897-1928).

It was next purchased by an American industrialist, and then sold at auction in 1990 to Pittsburgh industrialist whose granddaughter, Elizabeth Pitcairn, was a 16-year-old player at the time. She eventually matured into a concert soloist, but wisely played other instruments in college and early in her career, never allowing the instrument to be perceived as beyond her talents. Eventually, she began to play it in public, but did not speak of its origins until her career was fully established.

The movie is loosely based on this instrument, with a story line that is fit for the silver screen.

“The Red Violin” opens with an omen, where a fictional luthier (“Nicolo Bussotti”) has a wife who consults a tarot card reader to predict the future of her soon-to-be-born child. The reading is wrong, the wife and her child die, and the grieving violinmaker uses his wife’s blood to varnish the violin he was then making. It is, of course, strikingly red.

The movie violin soon ends up at an orphanage in Austria, where a prodigy plays it, is recruited to Prussia, but that player dies of a heart ailment – while playing, of course. The player is buried with the violin, only to have grave robbers dig up the coffin and give the instrument to a Romany woman (the pejorative term “gypsy” is used in the movie) who travels to England with it, playing with a traveling caravan. By this point it is the late 19th century, and a tragic romantic liaison between the lord of an estate and the Romany woman results in a gunshot to the instrument itself. After the lord commits suicide, his Chinese servant receives the instrument and travels to Shanghai and sells it to an antique dealer, who repairs and sells it again. The 1960s Cultural Revolution in China next endangers the precious instrument – Western culture was forbidden – but it survives and is confiscated decades later by the Chinese government. The government sends it to Montreal for appraisal, where it is sold for $2.4 million – but in a cliffhanger, the appraiser switches out the instrument with a copy. The movie ends with the real instrument secretly gifted to his daughter.

In real life, Pitcairn (born 1973) has soloed with the instrument with the Philadelphia Orchestra, was the concertmaster of the American Youth Symphony (1994-1997), and has performed in Brazil, China, Croatia, Czech Republic, Finland, Hungary, Italy, Poland, Sweden, Ukraine, and the United States. She is the president and artistic director of the Luzerne Music Center in Lake Luzerne, New York, which provides world-class music instruction for gifted young musicians in a summer camp environment.

Still, the mystery of what really happened to the Red Mendelssohn over the period of 1720 to 1930 has never been resolved. Could it have been buried? Could it have suffered in a lovers’ quarrel, taken to China, then sold-but-switched in an auction in Canada.

The truth is out there.

A sneak peek into our busy #violinshop, where Eric's new #violinmaking is done, and setups, repairs, and restoratio… https://t.co/ovSmMrDSo0

A fine #violin crafted in 1998 by #Italian #violinmaker Alessio Ferrari is available for examination and trial. Com… https://t.co/nt1WwkBqdT