Stringed Instruments of the Renaissance 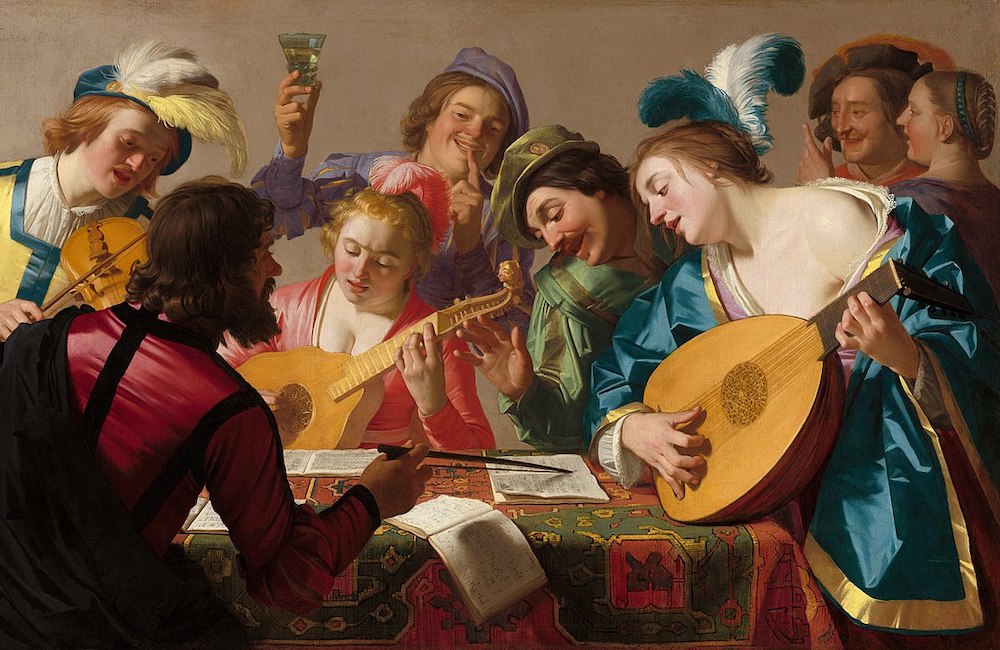 Musical eras and the instruments that created them are on an historical, evolving continuum. But each era, the Renaissance period included, has its own instruments.

The Renaissance was a period so associated with the new, the creative, the break from the status quo, particularly in the arts, it’s no wonder there was an explosion of new stringed instruments used in the creation of music.

Consider first how musical instruments were largely banned in the church during the medieval era (500-1450 CE). The plainchants of male voices in the cavernous cathedrals of Europe were largely what had defined sacred music. Secular music of the homes and taverns and public squares were livelier, with dulcimers, citterns, harps, lutes, and the occasional hurdy-gurdy providing what had to have been more joyous enjoyment of melody and rhythm. The Renaissance period elevated those instruments and their sound – along with the development of newer fine stringed instruments.

What were the stringed instruments that defined the music of the Renaissance? These are the primary ones:

Lira da braccio: A bowed, seven stringed instrument, it resembles the modern violin, albeit larger with a wide fingerboard. Two of the strings are drones. “Braccio” is Italian for arm, referring to the limb that holds the instrument against the shoulder (akin to the violin positioning).

Rebec: Also considered a precursor to the violin, the rebec had a boat-like (or elongated teardrop) shape carved from a single piece of wood, with between one and five strings played with a bow. It has roots in Morocco and Islamic Spain going back to the 9th century, so it is not entirely an instrument of the Renaissance.

Citole: Historians debate the history of this instrument, as evidence of its origins exists in the first century AD. Carved largely from a single block of wood, the neck is so thick it has a thumbhole for the player to hold as one might a modern guitar. While very much an instrument used in medieval times, it played a key role in the evolution of stringed instruments as discussed (Dr. Emanuel Winternitz, et al.) in terms of how luthiers were constantly innovating upon these instruments, leading to what we have in modern violins, guitars, etc.

Viol/viola da gamba: “Gamba,” Italian for leg, describes the position with which this instrument was held, lending it to comparisons to the modern cello. But it has several differences, even if there is a historical lineage between the two. The viol has five to seven strings (vs. four in a cello), a flat back (vs. curved), sloped shoulders (vs. rounded), and c holes (vs. f holes). The bowing of the viola da gamba is with an underhand movement (vs. the French overhand bow grip). Of all these instruments, it isn’t uncommon to find a violin maker who still crafts and sells viols to modern viol players.

It was with these instruments – as well as the woodwinds (recorders, chalumeau, a precursor to the modern single-reed clarinet, shawm, a precursor to the oboe), brass (trumpet, cornet, natural horn, slide trumpet) keyboards (clavichord, harpsichord, organ), and percussion (drum, timpani, cymbals, bass drum) – that enabled a jauntier, harmonic, complex style of music that eventually led to the baroque, classical and eventually modern music eras.