Carving Their Own Niche: Studio City Music handcrafts and repairs violins, violas and cellos — an age-old art that is enjoying a renaissance. 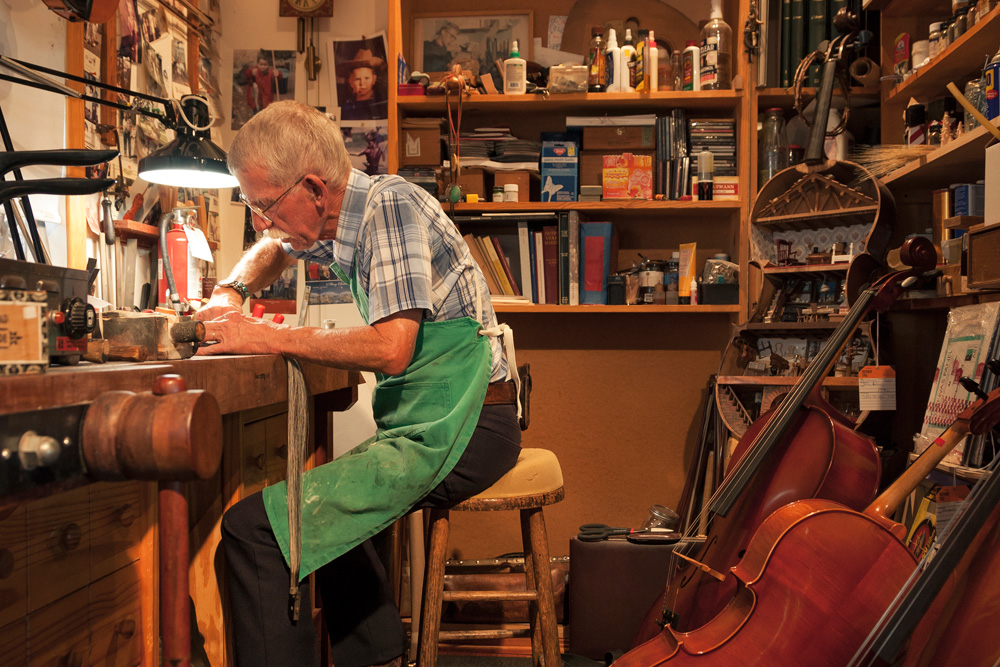 Hans Benning sits in his shop, applying a finger plane to the backside of a cello. He taps the wood, cocking his ear to hear the dull thump of mountain-grown maple.

"Each piece of wood that goes into making an instrument is individual," said Benning, owner of Studio City Music, a Los Angeles violi shop whose staff makes, repairs and restores bowed string instruments like fine violins, violas and cellos. "Making an instrument is actually quite simple. I simply cut away everything that doesn't look like a violin."