The Beginnings of the Cello Endpin 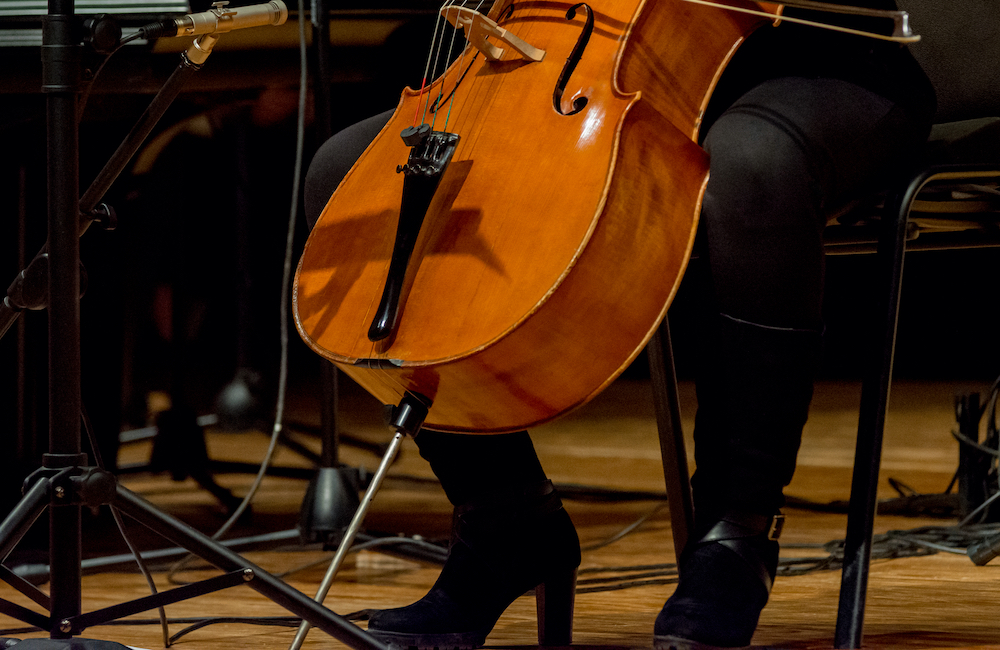 The parts of the cello start at the floor. But the endpin wasn’t always part of the instrument, and the physicality of that changed music itself.

Don’t forget the endpin. Even though historically this little peg leg appendage didn’t exist, the addition of the endpin – thought to have been sometime around the early 18th century, when the Stradivarius version of the cello standardized the modern cello – proved to be more important than its lowly position might suggest. Prior to that, the cello itself was slightly smaller and held horizontally, akin to the violin, or held up from the floor through an artful and asymmetrical (if not awkward) use of the player’s calf, or with a neck strap. It is often referred to as da gamba (between the legs) style.

This latter method, propped against the legs, affected the sound, dampening the resonance of the instrument. Luthiers of the latter 17th century had begun building bigger instruments, largely to transform it by angling the back of the cello to increase string tension. This had the effect of producing more volume. Also, the range of the instrument was further extended by lengthening the fingerboard. This larger instrument became unwieldy to hold by existing methods.

So as cellos basically got bigger, players needed some manner of lifting device. They tried resting the instrument on the floor, a short stool, a wooden barrel, or the player’s foot, each of which is depicted in art from the 15th – 17th century era. The first endpin has no credited single inventor, but they first appear in the literature and art of the mid-18thcentury.

The first endpins were likely made of wood, as the oldest surviving versions are just that. Over time they added a rubber tip to increase friction (prevent sliding) and to protect the floor. They’ve subsequently been made of metal and carbon fiber. Added to that are endpin anchors or holders, to further prevent sliding. Other mechanisms to prevent sliding include T-shaped wooden stoppers that are tethered to the player’s chair. Any violin shop that specializes in fine cellos for sale will offer many solutions to stabilize them while performing.

Double basses have endpins as well. Due to the weight and playing position of the bass – more perpendicular to the floor than cellos, which meet the floor at an angle – they do not need anchoring devices.

Lest anyone consider an endpin a minor component of great music, an academic paper begs to differ. Doctoral candidate William E. Braun wrote his thesis, “The Evolution of the Cello Endpin and its Effect on Technique and Repertoire” (2015, The Graduate College at the University of Nebraska) to discuss how it expanded the range of cellists and compositions alike.

Braun’s extensive research and report (132 pages) includes how the endpin has evolved over time, particularly in the types of materials used. It looks at the alternative means of supporting the instrument, and how the endpin became the preferred method because it enhanced the sound. Also, the positioning enabled an evolution of playing techniques. From there, Braun posits the compositions for the instrument advanced as well.

To this last point, he cites Luigi Boccherini (1743-1805), perhaps a lesser-known composer but one who himself played the cello and therefore was inclined to compose for the instrument. His eleven cello concertos have technical challenges for the player, described in the paper as “florid passages and virtuosic lines in the high registers of the fingerboard… Boccherini’s virtuosic compositions would not be possible to play well with early cello postures, such as with the instrument held on the floor.”

So while it is called an “endpin,” its development and use really was just a beginning for cello lovers everywhere.