The Benefits to Children Who Learn String Instruments 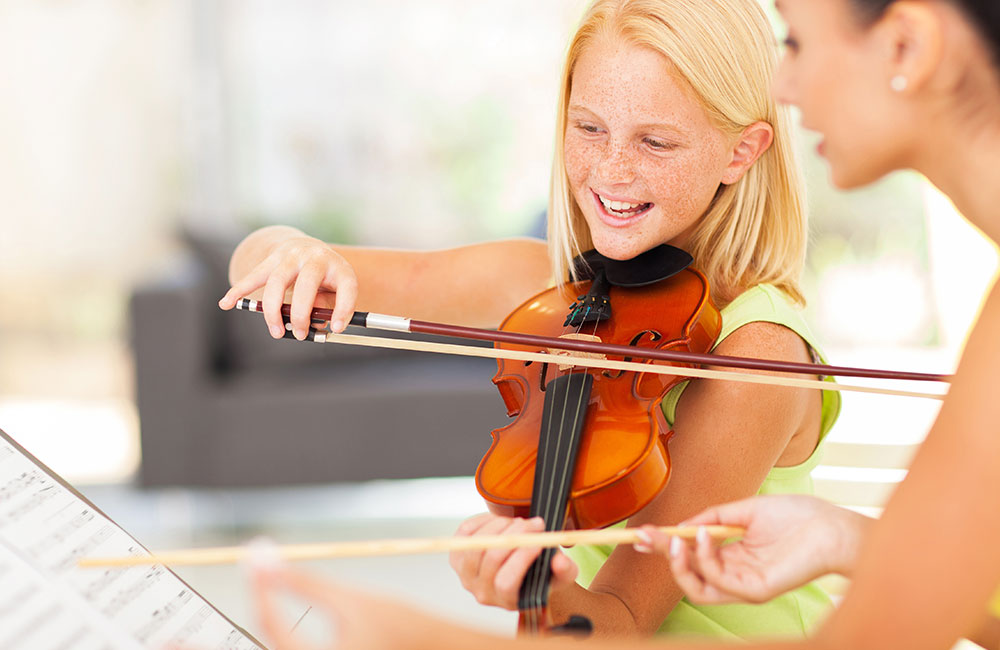 Music study can lead to a rewarding career. But simply learning how to play a violin (or tuba or oboe) can positively affect development in many ways.

We go to a concert hall and see virtuoso musicians performing some of the most adored musical compositions on some of the finest violins and cellos and pianos ever made. It is difficult to imagine that at one point, these violinists and pianists – and flautists and bassists – were once novice players, taking lessons as children, and setting the timer to assure at last one hour of practice per day. But that’s how a great number of performers begin.

A considerable body of research has developed in recent decades on the cognitive, physical, and social benefits of childhood music education. Some of those benefits accrue from any musical instrument study, and some specifically come from learning to play a stringed instrument such as a violin, cello, bass, harp, or viola.

One of the leaders in this research and reporting is Chris Boyd Brew, whose 1995 book Music and Learning continues to be a reference source on the power of childhood music lessons. She quotes Beethoven: “Music is he electrical soil in which the spirit lives, thinks, and invents.”

Musical training helps in all kinds of mental and even social development as well. How so? Brewer lists 16 benefits, including the following:

Change brain wave states– Research from the Rotman Research Institute in Toronto shows that fine movements made to create a sound, done with an unfamiliar instrument (a Tibetan singing bowl) created audio-induced brain waves that improved connectivity between auditory and sensorimotor areas of the brain. (Producing the same sound in this study from simply pressing computer keys didn’thave the same effect on brain waves.)

Focus concentration– Brewer says that mental, physical, and emotional rhythms are stabilized by music. “Baroque music – such as that composed by Bach, Handel, or Telemann, – that is 50 to 80 beats per minute creates an atmosphere of focus that leads students into deep concentration.”

Increase a multisensory learning experience– She calls this “whole brain learning,” and she sees benefits in what she calls “Active Concert” and “Passive Concert” modes. The Active version is of course what the player experiences, but even the Passive mode, listening to music while studying something else, increases information absorption.

Community building– By another description this is about the interaction of players – a band, ensemble, or orchestra – which involves the shared goals of a community that requires cooperation. They might compete, they might learn from each other, but importantly, they share a goal of creating the sound that an individual cannot create on his or her own.

Other benefits, noted by other educators, include having an enhanced application for colleges (in a competitive world, the musician has a leg up over the non-musician), better emotional health (music lowers levels of depression and anxiety), and a strong development of social skills (a music student is more likely to form friends when in a group than not in a group).

But consider the posture of the violinist relative to the kid hunched over a computer or in the permanent couch-potato slump of watching television. Indeed, the violinist learns to both sit and stand for practicing and performing, a physical advantage not typically associated with music study. Every instrument requires a certain posture for proper playing, but the violinist is very often the star of the show – and needs to look like it.