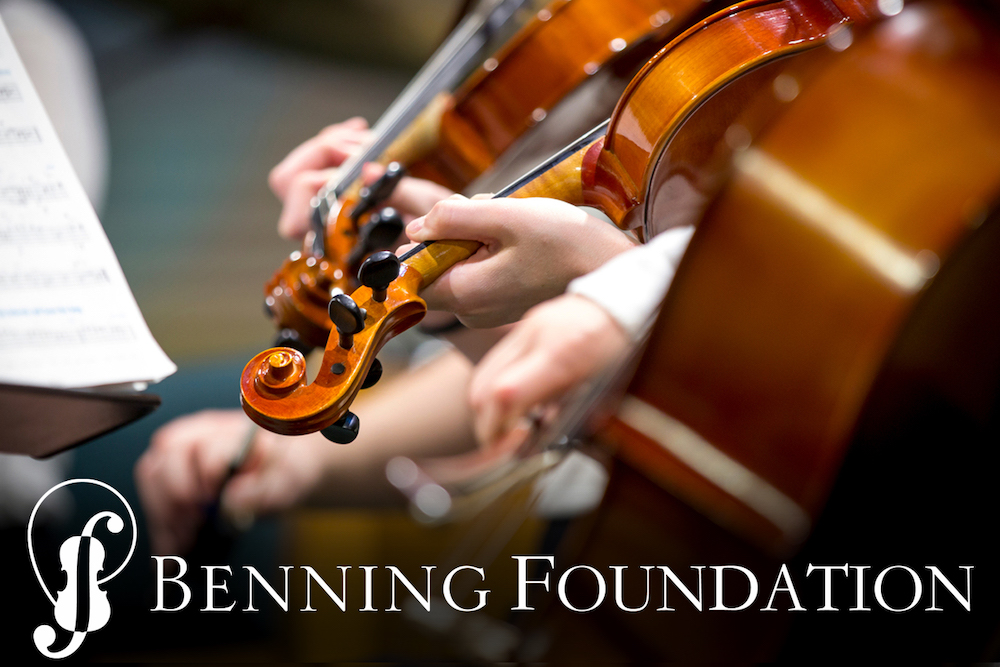 The Benning Academy of Music Foundation began 30 years ago ...

The Benning Foundation is a non-profit organization with the intended purpose of funding the Benning Academies of Music in Mexico to bring the gift of music to thousands of under-privileged children and youth in marginalized communities throughout Mexico.

When a seven -year- old boy, Tito Quiroz, came to Nancy Benning's door at the orphanage in Colonia Vicente Guerrero, Cristo Por Su Mundo. She was teaching violin there and he wanted to learn to play the violin. Although he was younger than Nancy usually took on as a student, she could see his great desire and enthusiasm. He quickly became her best student and eventually became like a son to Hans and Nancy.

Tito started teaching in a garage in Ensenada a number of years later, and as he outgrew his facilities, he moved every couple of years to accommodate the growing number of students, now learning many different instruments.

Tito won the Youth Prize of Mexico in 2015 for his work teaching music in the juvenile prison in Ensenada. That gave him the opportunity to travel throughout Mexico promoting service and love through music. The second academy is in a restored historic train station in Morelos, Cuernavaca, and the third is in Emiliano Zapata, a small community also in Morelos. Soon there will be another Benning Academy of Music in Mexicali, with others planned for the near future.

For every person who pays tuition, two are given free scholarships and they are going into prisons, orphanages, and many other places to bring the gift of music. Any funds raised will be used to purchase instruments, furniture, and needed supplies and to pay teachers' salaries.

Funds can be donated through the PayPal link above or checks sent to:

The Benning Academy of Music Foundation is a 501(c)3 non-profit organization and all donated funds are tax-deductible - Federal Tax ID #82-5497519, according to IRS rules (IRC-170).