The Dicterow Family of Violinists 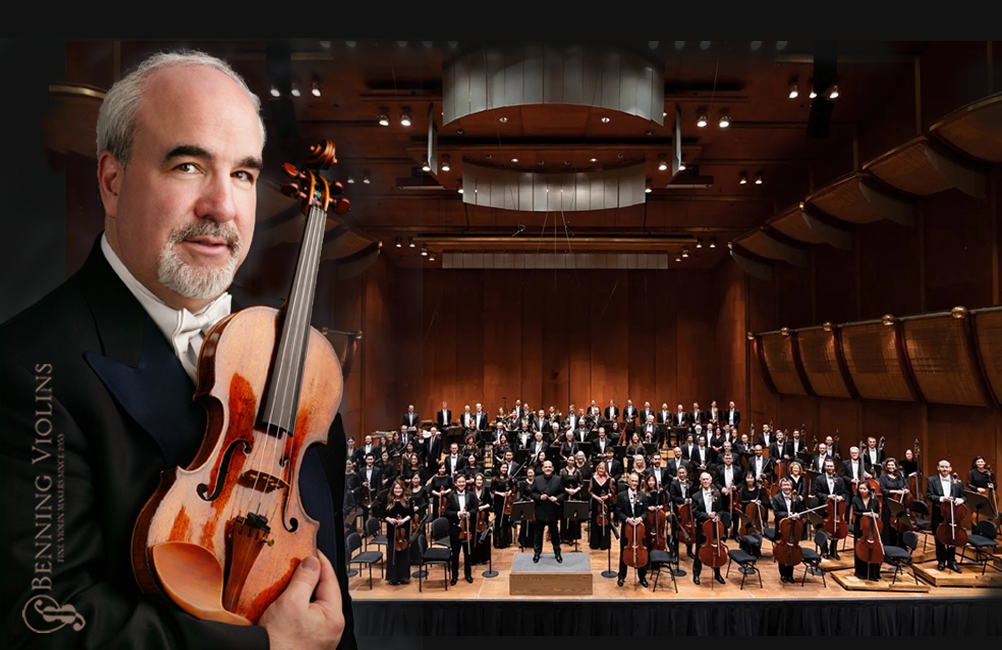 The father and both sons achieved enviable heights of success as violinists – despite the elder Harold Dicterow’s initial misgivings about the financial instability of musical careers.

The liner notes to Madonna’s 1992 Erotica album contain a name that might surprise classical music fans. It’s Glenn Dicterow, who is better known as the one-time concertmaster of both the New York and Los Angeles philharmonic orchestras.

That unlikely pairing might speak to a stroke of genius on the part of producers Shep Pettibone, Andre Betts, and the Material Girl herself. The album never quite achieved the commercial success of her other albums – peaking at number 2 on the US Billboard 200, still an achievement – but it was favorably reviewed and is remembered as a tribute to silent film actress Dita Parlo and friends of Madonna’s who died of AIDS. String sections on the disk, both acoustical and synthesized, convey some of the strongest emotions of the artist. Dicterow is given attribution as both the conductor and concertmaster of the album.

This also marks a moment in an illustrious history that is the Dicterow family of musicians, most of them violinists. Additionally, it might say something about the economics of musical virtuosity as it unfolded across the 20th century.

You see, Glenn Dicterow, now in his 70s, has enjoyed a career that his father, Harold Dicterow, initially discouraged. Which might seem strange, given how the elder was himself an accomplished musician, a violinist with the Los Angeles Philharmonic for more than 50 years (Harold died in 2000, a few years after retiring). The father and son actually worked together for 8 years in Los Angeles, Glenn as Associate Concertmaster, then Concertmaster, and Harold as Principle of the second violins.

According to his obituary in the Los Angeles Times, Harold loved playing and once said that he should be buried with his fiddle. “I love it too much to stop,” he said.

But when his two sons, Maurice and Glenn, showed an interest in learning the violin he wasn’t very supportive. “I didn’t want them to end up in the unemployment line,” he told the Los Angeles Times in 1990. “Forty years ago, things were a lot different than they are now. Symphonies had such short seasons that, even if you were talented, it was hard to make a living. I wanted them to have a better life than that.”

Both sons nonetheless took to the strings, themselves performing Bach’s Double Concerto with the LA Phil as children. Harold’s wife and the mother of the children observed that father Harold by then had a change of heart. He also had a change of wallet, as his own career expanded with the longer concert seasons that ensured more consistent income.

Maurice went to medical school and has had a long career as a violinist – as a side gig – with the Los Angeles Philharmonic, in addition to being the orchestra’s in-residence physician. Glenn remained focused on being a virtuoso, with a long career as concertmaster and with a contract that allowed him roughly a dozen solo engagements each year with other orchestras. The Erotica album might not have been a career goal other than it was one of many opportunities to work in other venues and with other musicians. He has solos in film scores for The Untouchables, Aladdin, Beauty and the Beast, and Interview with the Vampire.

Also a teacher, Glenn Dicterow has been a member of the faculties at The Juilliard School, Manhattan School of Music, and the University of Southern California Thornton School of Music.

Defying their father’s worst fears, the Dicterow boys have never had to stand in unemployment lines. In fact, Glenn, as Concertmaster of both the New York and Los Angeles philharmonic orchestras, he performed on fine violins provided to him by the orchestras, including fine Italian violins crafted by renowned violin makers Antonio Stradivari and Giuseppe Guarneri. But amazingly, Dicterow was able to purchase and own his own master violin made by Giuseppe’s grandfather, Andrea Guarneri in 1657.

Glenn purchased it in the early 1970’s when a professional violinist could still afford a fine Italian master-crafted violin.