The Füssen School of Violin Making 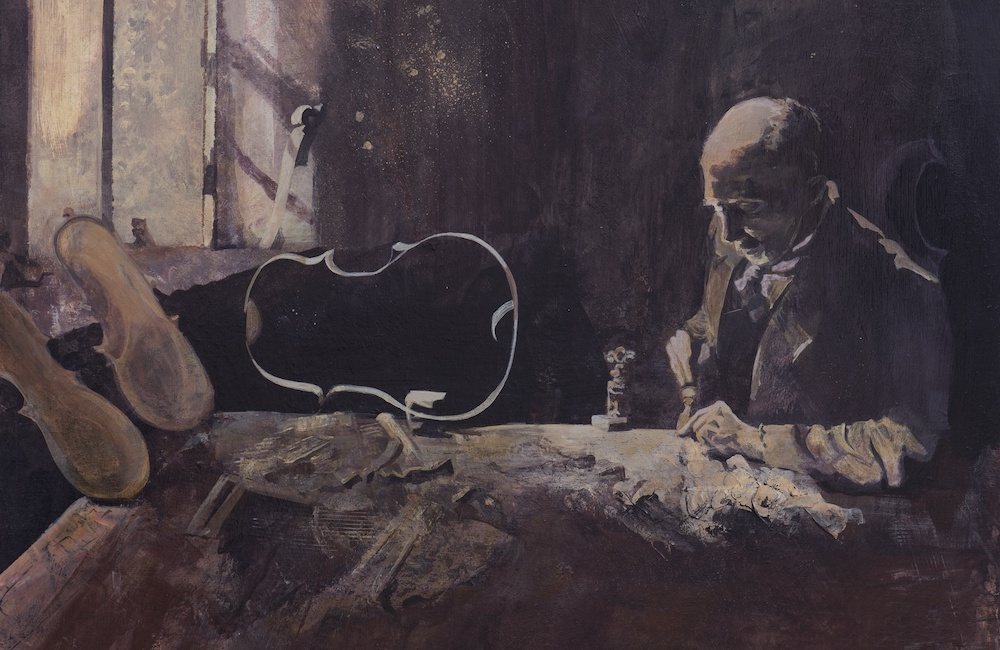 While the Museum of Füssen commemorates its luthier-populated past, much of the violinmaking influence of this Bavarian town ultimately went elsewhere.

It’s curious to know what led to the development of great instrument making in Europe hundreds of years ago. Certainly, an appreciation for music is at the center of all the centers of violin-making craft. But in the case of Füssen, Germany, geographic location was critical to making it a center of luthiers engaged in the making of lutes and violins.

Füssen sits at the southern border of Bavaria, where modern Germany meets Austria. There, two factors made it a place where noted luthiers Johann Angon Gedler (1725-1790), the Niggel family, including Simpert Niggle (1710-1785), and Josef Alois Stoss (1787-1866) ensconced its reputation in the 16th through 19th centuries. They had access to the prolific amount of natural wood in the vicinity of the northern slopes of the Alps. Also, the town was situated on the Via Claudia Augusta, an ancient Roman highway.

The mountainous region around Füssen, known as the North Tyrol and the Ammer Mountains, provided the maple, spruce, and yew wood used to make the fine violins and lutes. And with its location on the Via Claudia Augusta, access to larger markets including Augsburg and Venice was relatively easy. Füssen is also on the River Lech, providing boat connections to Budapest and Vienna.

A third favorable factor was Füssen had (and still has) a culture heavily influenced by a monastery (St. Mang’s, a Benedictine order). The monastery is now the Museum of Füssen, where a collection of some of the lutes and violins made there are on display.

Notably, the onset of the Thirty Years War in 1618, and the arrival in 1628 of the deadly plague in Füssen – reducing its population by more than half – put a damper on the instrument making profession there. But while its reputation for creating great luthiers lived on, the actual makers very often trained there then left to build their instruments in other cities around Europe. Luthier Franz Geissenhof, referred to as “the Viennese Stradivari” for his finely crafted instruments, was actually a Füssen native.

Füssen lute and violinmakers were resolutely masters, with each instrument entirely the work of one man. There was no division of labor, which is perhaps a more efficient process and precursor to assembly line manufacturing that came with the Industrial Revolution. The fine violinmakers here presumably built with a greater sense of pride and ownership, knowing their instruments were entirely their product and responsibility.

So while the Füssen makers of stringed instruments really were spread out to influence the types of instruments made in other cities, this start-to-finish method also became the downfall of the town’s importance in instrument making. By the 18th century a more efficient assembly line method was serving lower-price markets, making the Füssen instruments too expensive – a factor of labor economics that affected almost every craft ever since.