The Interesting History of the Pochette 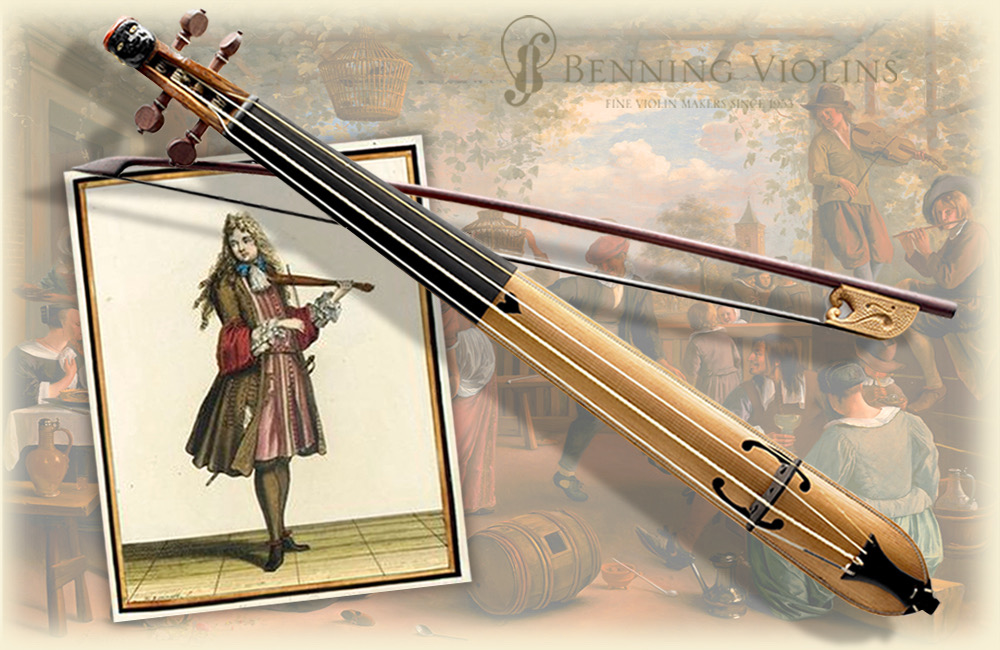 A scaled down version of the violin, the pochette was devised for traveling and impromptu performances. And, it helped Scots become Englishmen.

The innovation of making things smaller – from furniture size radios in the 1930s to hand-held transistor radios in the 1960s, and “car phones” as big as tissue boxes to slim smartphones of today – has a musical precedent. It was the pochette, the almost-pocket-sized version of a violin that was designed for its portability.

The pochette is about 60% neck, with a disproportionately smaller body and the scroll on the end. Pochettes (French for “pocket”) vary from instrument to instrument in size and shape, but only by a little: The overall length averages around 16 inches, with about 8-10 inches for the scale (fingerboard) and 6-8 inches for the body. Most are simply shaped like a fountain pen or thin fish, while others have a streamlined version of the traditional pear-shape of a violin.

These were not mainstay creations for most makers of fine violins. They were primarily made for fiddle teachers and those players who were dance masters. Both required some mobility – made easier with a pocket-sized instrument – and one can only imagine the impromptu dances that resulted by having this little fiddle handy when the libations lent to merriment.

Importantly, when Scotland was basically annexed by England in 1707, the pochette played a role in helping proper Scots to “English-ize” and be accepted in the larger new society. Knowing how to properly dance (as well as to drop the brogue and sound a little more like their countrymen to the south) was considered a social advantage. So a cottage industry arose among dance teachers, accompanied by their pochette-toting musicians, to teach Scottish nobles and merchants baroque dance moves in duple, triple and compound duple rhythms. The modern day equivalent is the personal fitness trainer who brings a sound system with him or her for a home workout.

There were a plethora of other names for the pochette: canino, creytertjes, dancing master’s kit, pochette d’amour, Posch, Tanzmeitergeige, Tashengeige, and Trogl-geige. Pochettes that were a long, slender shape were known as “sardinos” (sardines), while other more closely mimicking a violin were called “kit violins.”

The first historical record on the pochette is in the 15thcentury, and they were in common use up until the 19thcentury. Many still exist and they are still made today. Even the great violin maker Antonio Stradivari made a few, one of which is on display in the Paris Conservatoire Museum.

It’s possible to find videos of performances and tutorials on the pochette on YouTube. As the piccolo is to the flute, the sound from a pochette is higher-pitched. In compositions such as an aria in Monteverdi’s opera, L’Orfeo, it is a stand in for a bird’s song. But lacking the sonorous quality of a larger violin body with a sound peg, the instrument is rarely used in symphonic orchestras beyond creating novelty sounds.

So while miniaturization of many things create conveniences, the larger and original forms of such things as violins are rarely replaced.