The Lowdown on Fine Instrument Investing 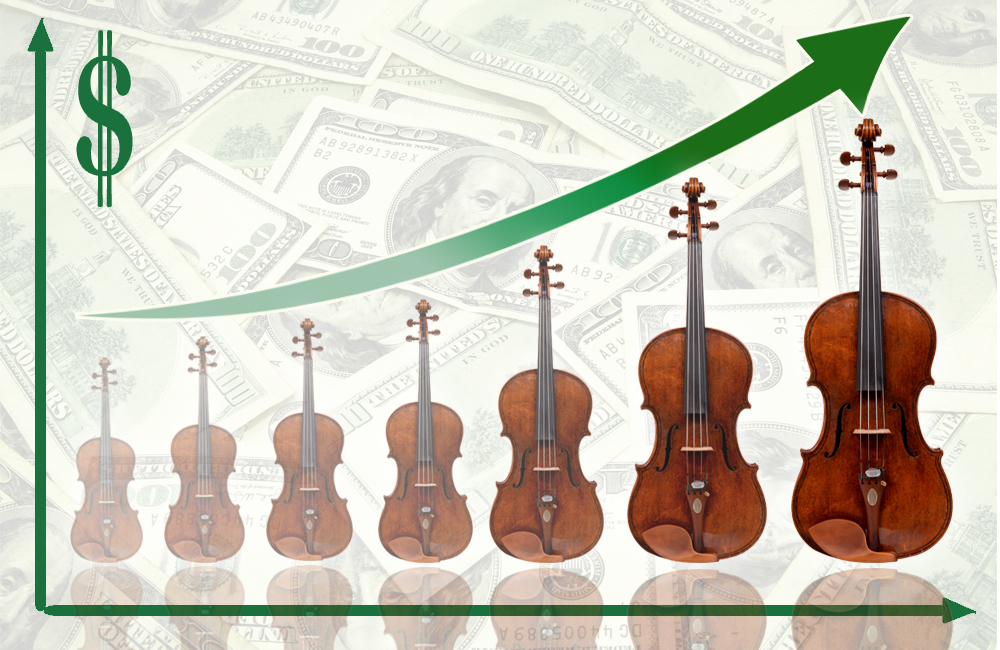 Rare musical instruments as investments are attractive because a growing wealth market appreciates the finite supply of fine violins and other instruments.

Whether in a strong economy where market-traded securities are performing well, or in economic downturns when such securities aren’t, a perennial topic among the investor class is the wisdom of owning fine, scarce objects.

Those objects range from fine art to rare coins to antique cars to other collectibles such as stamps, first-edition antique books and precious jewelry, gems, silver and gold. But unique among these items are fine musical instruments – in particular the most storied and rare violins, cellos, violas, stringed bass and harps. Pianos are also in this category, albeit with huge costs relating to moving them from one owner to the next.

The most valuable violins are those crafted by the Italian master luthiers, Stradivari and Guarneri. As of mid-2019, the most expensive violin on earth is the Messiah Stradivarius (1716), valued at $20 million (US). The Vieuxtemps Guarneri, at $16 million, is the second-most valuable, followed by the Lady Blunt Strad ($15.9 million), the Carrodus Guarneri ($10 million), and the Ex-Kochanski Guarneri ($10 million). These prices are round numbers because most are held by museums or anonymous owners and not recently sold.

Interestingly, those instruments held by unnamed owners are often on loan to exceptionally talented players who themselves cannot afford to purchase the instruments, despite soaring career accomplishments.

For would-be investors, there are several critical questions to ask before bidding to buy one of the few thousand or so rare, fine stringed instruments made by a notable violin maker.

Is it a smart investment?

No reputable investment or auction house can legally predict the future value of a stock, a fund, an antique car, or a fine violin. An investor in fine objects very often looks beyond its monetary value to appreciate something more transcendent.

A Toronto based dealer, Ric Heinl, says a $10,000 instrument today could double in about 20 years, essentially a 3.6% rate of increase, which would be considered a laggard. But that doesn’t hold for all instruments. A 2013 study by economists at Brandeis University looked at rare violins as compared to the S&P 500 Index in the years 2007-2012 and found the musical instruments outperformed market securities; note this period bridged the global financial crisis that began in 2008, perhaps indicating these are counter-cyclical investments (i.e., they outperform the market in recessions).

Can it be bought in shares?

It is entirely possible for a collection of individuals to pool their funds to buy an instrument, although the legal arrangement for that would be on them, not the seller.

Speaking of liquidity, it should be clear that the sale of these investments do not happen quickly. The global market – with an expanded base of wealthy collectors, particularly in Asia – means dealers sometimes must travel extensively with the instrument to show it to prospective buyers. Even a domestic sale takes months if not years to execute.

What is the size of the inventory?

About 650 Stradivari instruments – violins, cellos, violas, harps, guitars) – survive, and catalogs list at least 148 Guarneris that are extant. But instruments made by Maggini, Amati, da Salo, Stainer and others remain highly valued. And that is just the stringed instruments, not counting the Steinways and other remarkable instruments around the world.

The point is that value for all instruments is driven by scarcity. There will be no more Stradivariuses. Further, demand increases with increasing wealth in parts of the world that previously were not involved in such investments.

What are the transactional costs?

Reputable dealer and auction house commissions range from 5 to 20 percent of the sales price. Unless the investor is also very schooled in the instrument under consideration, it makes most sense to purchase through a dealer or auction house that can attest to the instrument’s authenticity (maker, provenance, condition, etc.).

What do you do with a fine instrument once you own it?

Better-preserved instruments should be played – because the world needs beautiful music, and the condition of the violin fares better with careful use and appropriate maintenance. This is why investors who are not players should and do loan their instruments to virtuosos.