The Lowdown on the Viola and Violin Shoulder Rest 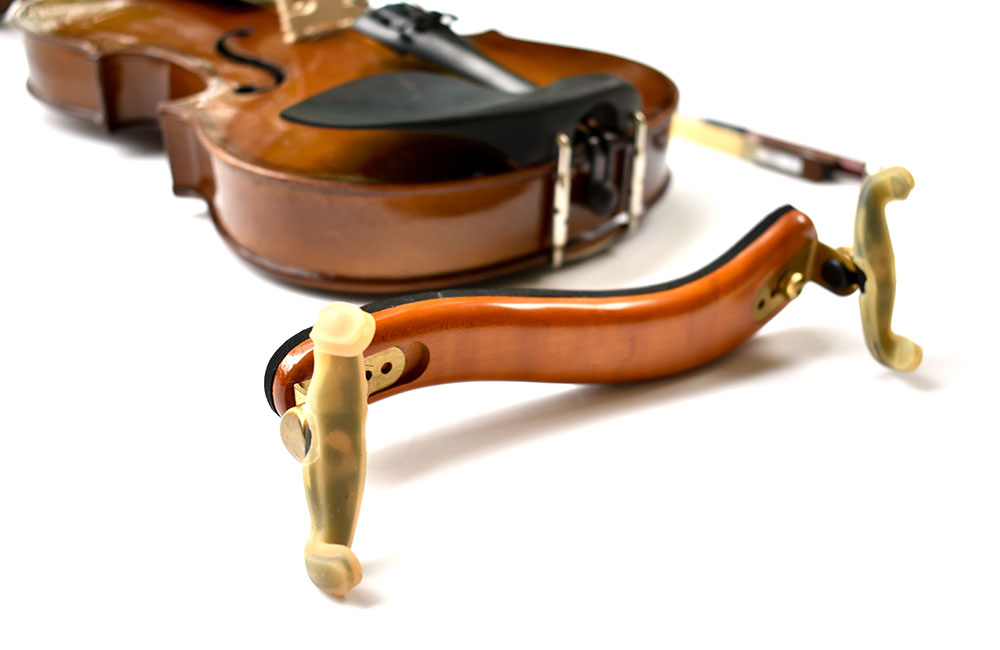 Violinists are split on if the shoulder rest helps or hurts their play. Medical professionals recommend it for people with sore necks and shoulders.

The sound a violinist produces, as well as the mastery he or she has with the technical aspects of the score, is considered the goal and achievement of the musician. But if the player develops orthopedic issues that make him unable to play there will be no music at all.

This is why developing proper posture for violinists and other instrumentalists is more than just important – it can kill the enjoyment of playing, perhaps even the ability to play entirely.

A study conducted in Brazil and reported in Acta Ortopedica Brasileira, a peer-reviewed medical journal (and cited by the U.S. National Institutes of Health’s National Center for Biotechnology Information), on the physical demands of musicians, in particular the musculoskeletal disorders that “most frequently affect professional violinists and violists.” It looked how “playing a musical instrument involves a combination of actions, including rapid, repetitive and complicated movements of the hands and fingers … the neck, shoulder and temporomandibular joints are the most commonly affected areas, due to prolonged flexion of the head required to hold the violin.”

Prescriptives cited by the study include “the use of the chin rest and of the shoulder rest (commonly used accessories for violins and violas) at appropriate heights … can alleviate discomfort, even if they increase the weight of the instrument by up to 20 percent.”

Yet, some musicians wouldn’t consider using an appendage to the instrument. Shoulder rests – variously made of wood, aluminum, carbon fiber and soft plastic – are used by both players of violins and violas and are readily available at any online violin store as well as brick and mortar shops. They attach to the edge of the back of the violin, which might affect the sound quality by dampening the vibrations of the instrument.

The benefit of the shoulder rest is it can lighten the work on the left hand, allowing that hand to move more smoothly and fluidly with lighter shifting technique.

Many accomplished violinists use one, however many do not. Nathan Cole, the first associate concertmaster of the Los Angeles Philharmonic and a faculty member of the Colburn School for the Performing Arts, used a shoulder rest for his first 30 years of play. When invited by the owner of a Stradivarius (most often played by Nathan Millstein) to give a short recital in the owner’s home on that instrument, he realized it would not be acceptable to use a shoulder rest. The experience was initially daunting, but he found he was able to do it without the shoulder rest. He reports on his blog, “I’ve arrived at a different vibrato and a greater variety of shifts, compare to my rest-ing days…I like the changes.” He adds he changed his chinrest to something very minimal, that he brings the instrument up rather than to lower his head, and that his shoulder occasionally rises momentarily.