The “Other” Instruments of Antonio Stradivari 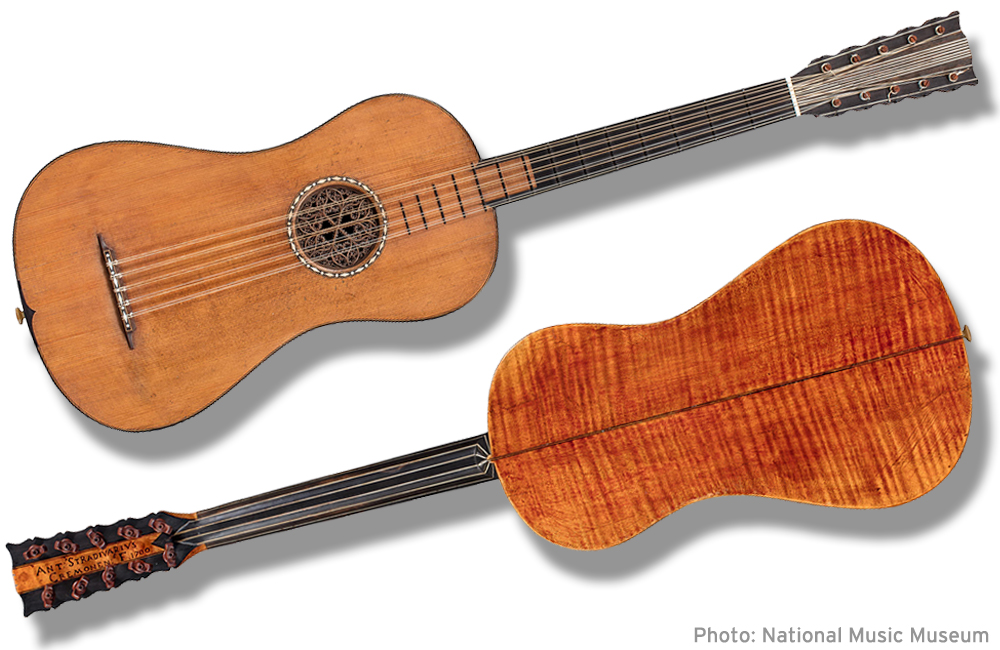 The legendary violinmaker didn’t limit his enterprise, producing many other types of stringed instruments. A few survive, are playable, and are highly valued.

But not all the instruments were violins. Included were a guitar (the “Sabionari” made in 1679), a viola (the “Gibson,” from 1734) and a cello (the 1717 “Bonamy Dobrée Suggia”). It escapes notice from many that Stradivari made anything other than violins.

In fact, the house of Stradivari made so much more:

Bows – While there are only two known to be in existence – one in a private London collection, the other in the collection of the National Music Museum in Vermillion, South Dakota at the University of South Dakota – Stradivarius indeed made fine violin bows.

Cellos – The cello at the Tokyo exhibition, lent by the Habisreutinger Stradivari Foundation in St. Gallen, Switzerland, which owns a second Strad cello and four violins that are played by Xiaoming Wang, Yukiko Ishibashi, Ursula Sarntheim, and Antoine Tamestit. The foundation’s cellos are played by Christine Hu and Maja Weber. Of the estimated 70 to 80 cellos built by Stradivari, 63 are known to currently exist.

Guitars – The Sabionari guitar in the exhibit was from the Museo del Violino, which celebrates the work of the “other Cremonese luthiers,” Amati and Guarneri, in addition to work by Stradivari. Located in Cremona, Italy (of course!), it is the only playable Stradivari guitar among five that are known to exists (some additional fragments are extant).

Harps – One harp from Stradivari survives in the San Pietro a Maiella Music Conservatory in Naples, Italy.

Mandolins – There are two know mandolins by the master still in existence (one also at the University of South Dakota).

Violas – Thirteen extant Stradivari violas survive. One built in 1714 in the ownership of the Fridart Foundation was originally a viol (viola da gamba) that was converted to a viola by French luthier and inventor Jean-Baptiste Vuillaume (1798-1875).

Instrument Cases – Stradivarius undoubtedly made cases for many if not most of the instruments he produced. That said, only a few survive that can be definitively attributed to him for a variety of reasons. One is that fine instruments of great value were owned by royal families and kept in their palaces. A qualified musician would come to the palace to play, thus the instrument is not what traveled and therefore no case was needed. Also, case designs changed during the time in which Stradivari was working, so earlier designs (a holster, shaped more like the instrument itself as compared to an oblong shape that that proved to be functionally better) became obsolete and, one assumes, were discarded. The single confirmed case by the master, the “Chi Mei, ex-Biddulph” case (now at the Chi Mei Museum in Taiwan) was discovered in Germany in 2007.