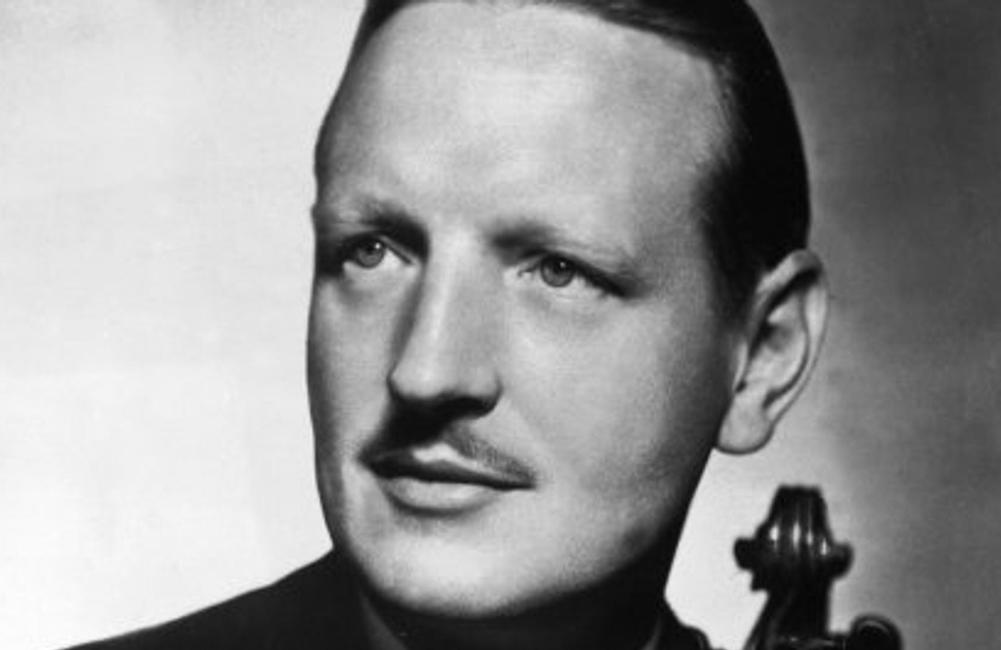 Relegated to the alto voice in most compositions, the viola has risen to greater prominence thanks to William Primrose and those who aspire to his virtuosity.

Pity the viola? Not quite a violin, not quite a cello, and a far cry from the double bass. With its lower and deeper sound vis a vis the violin it has largely played the alto voice in most compositions. Audiences rarely attended concerts to hear the viola. At best it was the inner voice in string quartets, an accompaniment (second fiddle?) to the star instrument, the violin.

But violists such as William Primrose (1904-1982) saw things differently. A talented but surprisingly disinterested violin player from the age of 4 – his father taught violin and was a member of the Scottish Orchestra from their home in Glasgow – he was encouraged by a teacher in Belgium to pursue the viola, which he did to join the London String Quartet at the age of 26. Some years later he was able to commission a viola concerto from Bela Bartok, who died before it was completed (Tibor Serly managed to complete it by 1949). He of course soloed in the premier of the piece.

It was in honor of Primrose’s raising to prominence the viola that the Primrose International Viola Competition was officially instituted in 1986 (a predecessor event in 1979 was adjudicated by Primrose himself). The semi-annual event, often held in conjunction with the North American Viola Congress, is a rigorous competition for violists ages 29 or under.

The 16th Primrose competition semi-final and final rounds will be held at the Colburn School in Los Angeles December 13-18, 2021. But that is the culmination of qualifying stages leading up to that: prescreen videos from competitors (due June 11); live round competitors who make the first cut must submit their repertoire (mid-August); quarter-final rounds (December 13-14); and the semi-final round (December 16).

In 2021, a BIPOC (Black and Indigenous People of Color) prize will be awarded by the American Viola Society to the competitor at the Primrose competition who best performs a work by a BIPOC composer. This is in addition to the “Transcriptions Prize;” both of these are worth $1000.

During the competition, it isn’t uncommon for a local Los Angeles violin shop or two to host exhibitions that feature fine violas for sale to those who are attending and competing in the festival. Rarely do so many viola enthusiasts converge on any city as they do the City of Angels.

Everything about the viola is bigger than the violin, which means players have to account for the instruments’ longer body and neck, thicker gauge strings, a bow with a wider band of horsehair. While this challenges the players to engage more physically with the instrument, which includes applying more weight to the bow and strings to achieve the appropriate degree of vibration. That is what creates a deeper and, arguably, a mellower tone.

Winners of the competition are largely regarded as emerging talent on a global scale, most of whom go on to populate the orchestras, ensembles, and academic institutions of music the world over.

Pity the viola? Hardly. It’s a star instrument when in the hands of star players.