The Violinmaking School of Brescia 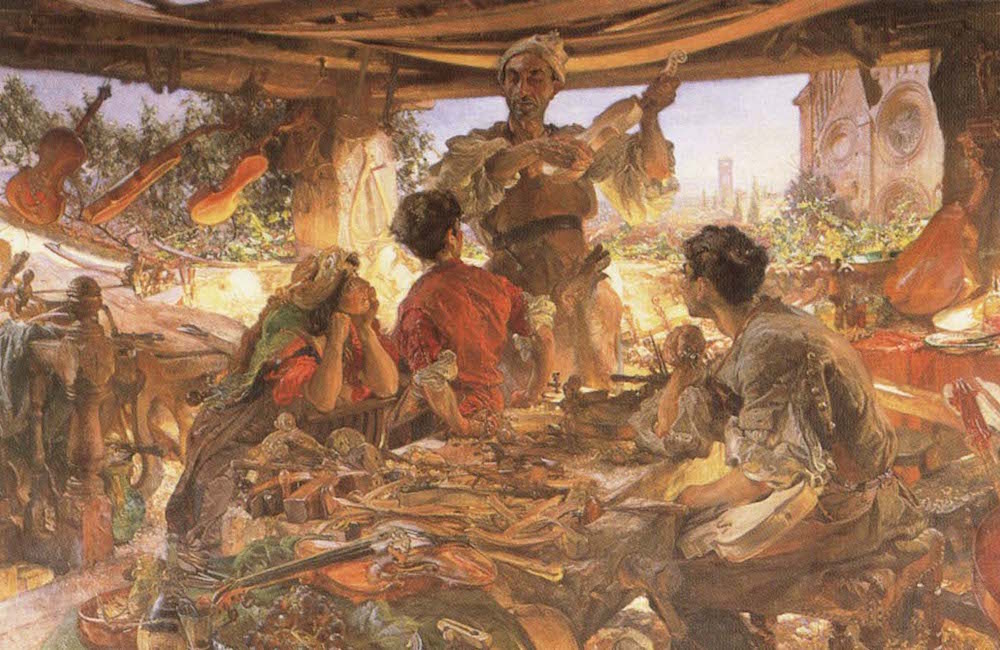 Politics of the Renaissance era ordered northern Italian cities in violinmaking. But bubonic plague hit Brescia a little harder as most of its luthiers perished.

The distance between Brescia and Cremona, Italy, two bastions of fine stringed instrument making in the 16thcentury forward, is only 29 miles (46 kilometers). But relative to the world of violins, violas, and cellos from that period, they are considered by some to be at the opposite ends of the earth – back then and even today.

The violin making school of Brescia, which traces its roots to the crafting of liras, violettas and violas as early as the late 14thcentury, is known for distinct aesthetics and methods of construction. And due to the geopolitics of the time, Brescia was actually best known for its violas, cellos and double basses/violones, while Cremonese luthiers (Stradivarius, Guaneri, et al.) get more credit for their violins.

Why is that? It’s because Brescia was under Venetian rule, and in Venice the music was largely written for groups and ensembles. Therefore, in demand was the full complement of instruments, in particular violas, cellos and double basses. In contrast, Cremona oriented to Spain, under which it was ruled (1535-1707). There, the soloists who performed for Spanish royalty and the aristocracy favored the upper-register instruments, violins in particular. Consider the work of composers Grandos, De Falla, Sarasate and Rodrigos, as well as the showy “Spanish Rhapsody” composed by the Hungarian Jaroslav Vanecek in memory of Sarasate.

The Venetian demand for instruments from the Brescia school included a taste for secular music, involving commentary and satire on events of the time. But sacred music was very much a part of the city-state as well, largely based out of the Basillica of Saint Mark, with motets defining the Venetian polychoral style (e.g., Giovanni Gabrieli).

A sad factor of the earliest Brescian instruments is that few instruments exist today from the first luthiers: Jacobo Dalla Corna and Micheli Zanetto and his son, Peregrino Zanetto. Following them were Battista Doneda, Francesco Inverardi, Palanzino Palancini, Guglimo Frigiadi and Giovita Rodiani. Evidence of what they did is found in such places as tax records, where one’s occupation would be included. Related tax records include where components were purchased and instruments were sold – Gaspar ‘da Salo, a famous violin maker from 16thcentury Brescia, sold many of his instruments to musicians in France, and those records also indicate his wood was acquired in Venice and strings were from Rome. From 1568 to 1581 his fortunes increased, indicating his success as a sought-after luthier.

Characteristics of fine violins, violas, cellos, citterns (popular in the day), double basses and viola da braccia (also popular) from Brescia include rich ornamentation on pegheads, pegboxes, on the back, and sometimes f-holes with large eyes and pointed wings. In Gaspar’s case, it’s unclear if he himself was the woodcarver or if that was outsourced, perhaps to a contemporary known as Girolamo Virchi, who with family members was known for carvings found in organ lofts of Brescian churches.

Despite the geopolitical distinctions of Brescia and Cremona, both cities lost most of their violinmakers in the 1629-1631 Italian Plague, which eliminated about 25 percent of the population of northern and central Italy (about half of Milan’s population died). A handful of luthiers in Cremona survived (including Nicolo Amati), allowing that city to take a definitive lead in violin making.

But high-end violins and other fine stringed instruments are made in both cities today. One contemporary luthier who illustrates how lines are more easily crossed is Ioannis Apostolou, born in Greece, educated in Cremona, and moved in 2010 to Brescia where he today has his own violinmaking workshop in the center of the city.