The Violinmaking School of Venice 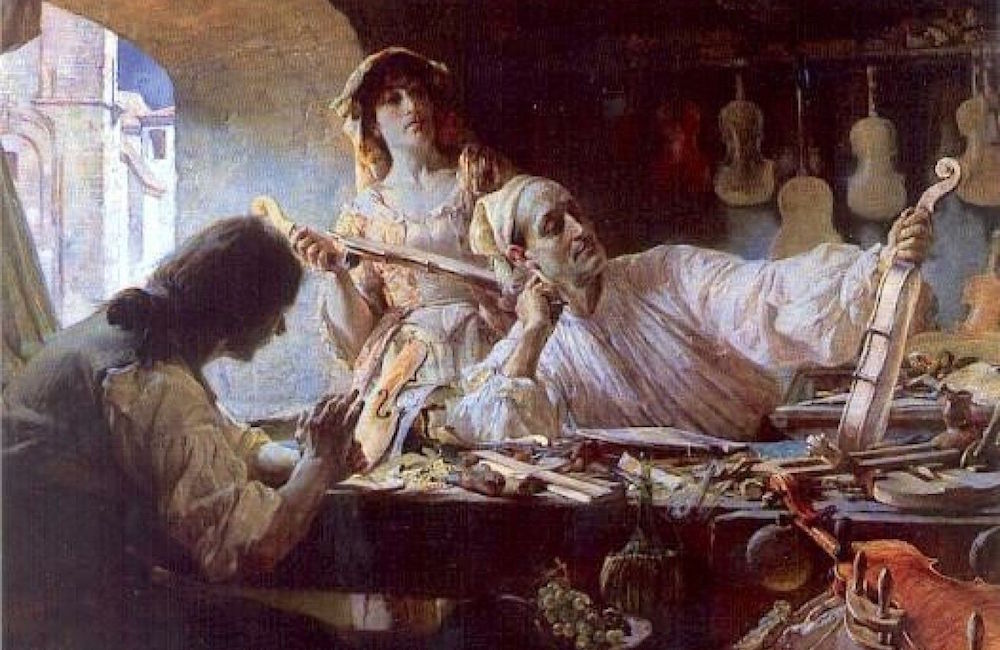 Venice stood apart from the other Italian city-states, a blend of culture and art from a bigger world beyond southern Europe. Violins from there reflect this.

When music lovers describe the violinmaking school of Venice, they’re not referring to an educational system per sé, with buildings and faculty and matriculated students and an alumni association. Unlike in Cremona, there is no official institution that carries on the traditions of local luthiers, despite the fact it is historically a very musical city.

Instead, the Venice “school” is an approach to making fine stringed instruments – violins, cellos, violas and the like – that harkens back to the 16thcentury. Violinmaking all largely began in Italy, although historians like to point out that so much of what is “Italy” today were city-states at the time. The cultures, economies, and governance varied from Milan to Cremona, Brescia, Padua, Pisa, Rome and Naples, among many others. Dialects varied from one city to the next and were sometimes hard to decipher between them.

But Venice itself stood apart. The city was never a part of the Holy Roman Empire: In fact, Pope Julius II excommunicated the entire city in 1606-1607, part of a larger political conflict, but also consistent with the cosmopolitan nature of Venice, the city and its ports being a crossroads of commerce with the (non-Christian) Near and Far East. Today, it is possible to find multiple examples of how this very Italian city with plenty of Catholic churches and religious art – which should make any pope happy – nonetheless exhibit Islamic influence, remnants of the close and friendly mixing of Venetians, Ottomans, Persians, Arabs, Jews and Mamelukes in the lagoon city.

The polyglot nature of Venice, and its political independence from the Church of Rome, very clearly had an effect on music and violinmaking there. During the Baroque period, it birthed composers Girolamo Dalla Casa, Ippolito Ciera, Giovanni Picchi, and the very popular Antonio Vivaldi. The style of music was expansive, splendorous, sometimes described as “colossal,” with compositions using multiple choruses and instrumental groups.

Violins crafted by a Venice violin maker were not for the courts of royalty, as was the case with those from Cremona. This mercantile city, where one writer once remarked that an instrument or voice was making music at all times in every home, was less concerned with the aristocracy despite its legendary wealth. The first great Venetian luthiers, Martinus Kaiser and his son-in-law Matteo Goffriller, made violins to order and according to price. Rich clients received instruments of the highest quality made of expensive woods and varnish. For instrumentalists with fewer funds, lower quality materials were used.

Later Venice school violin makers, Domenico Montagnana and Francesco Gobetti, were originally shoe makers, a trade that translated well to musical instrument craftmanship. Venetian violins from them and others were known for superbly rich bass tones and a full, projecting sound. These are concert hall stringed instruments, capable of being heard in row 50 – not just the small rows of chairs set up in a baron’s palace.

How have these instruments, and the nature of Venice violin making, stood the test of time? Internationally acclaimed cellist Yo Yo Ma considers his Montagnana cello his primary instrument (appraised value is $2.5 million). That rich Venetian violin or cello sound continues to play well in the gilded, rococo style La Fenice opera house, rebuilt in 2004 after a 1996 fire. This city, and its musical instruments, is the collective result of people who always loved music that was unrestricted by papal decrees, social class and cultural homogeneity.