The Violins, and Life, of Niccolò Paganini 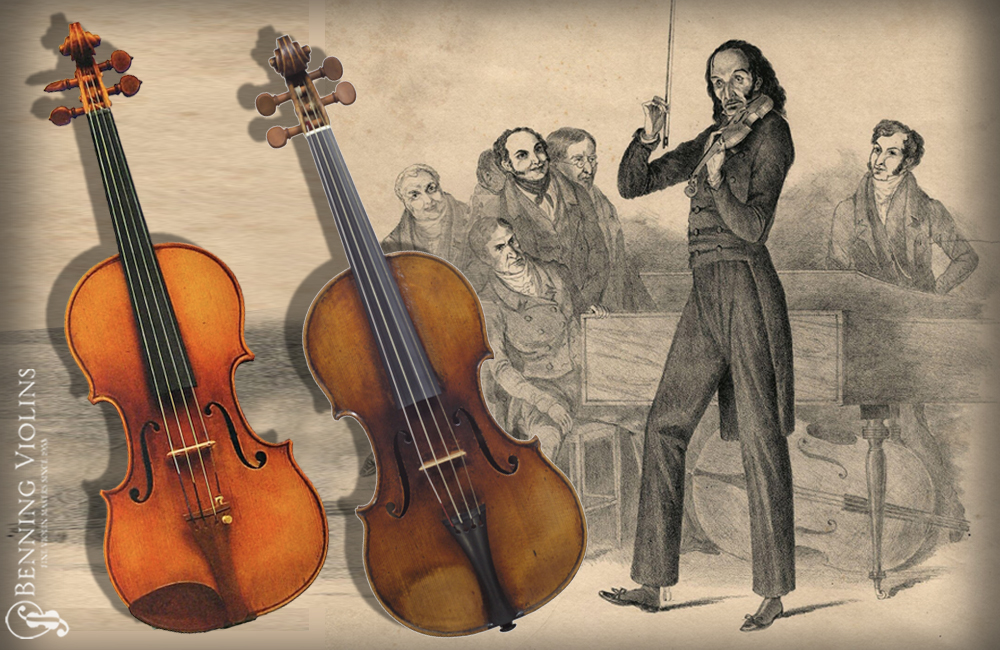 Musical genius often accompanies big personalities. That includes Paganini, the violinist-composer who possessed great violins that were lost to a big bet.

It would be wrong to diminish the influential career of one of history’s greatest violinists and composers, NiccolòPaganini (1782-1840). His name is familiar to anyone who listens to classical radio – 24 Caprices, his variations for The Carnival of Venice, and Violin Concerto Nos. 1, 2, 3, 4, and 5 memorialize his composition genius.

Important to note is those compositions could only have been written by a skilled player. The technical requirements of his compositions moved the violin forward. He had exceptionally long fingers, perhaps due to a genetic condition (Marfan Syndrome), which gave him the ability to access three octaves in a hand span. This is not possible for most players even today.

But a sad coda on his career has to do with various illnesses, a penchant for gambling, and a particularly bad investment. Toward the latter part of his career, four years before his death, he invested in a Parisian casino. We are told “the house always wins,” but Paganini was the 19th century’s version of the house that lost (only rarely has that happened since, albeit in the early 21st century in the US by a prominent but failed entrepreneur who later tried his hand at politics).

The casino collapsed almost immediately and forced Paganini to sell off personal effects of value, including and especially most of his musical instruments, to cover his debts. His health declined from there – although he refused a parish priest who came to give him his Last Rites, thinking he wasn’t doing quite so badly. He died a few weeks later in Nice.

The fine violins he owned and performed on in his life were quite remarkable, crafted by one famous violin maker after another. As a teenage prodigy, he was lent a Guarneri (Il Cannone Guarnerius) by a wealthy fan. After hearing him play it in concert, the owner insisted that Paganini keep it. He won another Guarneri in a sight-reading challenge later in life.

Other instruments he played – it’s not entirely clear which he owned and which were lent to him – were two Stradivariuses (Hubay 1726, and Paganini-Desaint 1680), two Amatis (Antonio Amati 1600, and Nicolo Amati 1657), a Guarneri-filius (Andrea 1706), and a da Salo-di Bertolotti (Countess of Flanders 1582). He also had an important viola (Stradivarius’ Mendelssohn 1731), and cellos by Stradivari, Piatti, and Ladenburg.

As a composer, Paganini was unique in that he wrote on a guitar, not a keyboard (piano), as did most composers of that era. This explains that despite his poverty after the failed casino, he kept one instrument: a Gennaro Fabricatore guitar.

As the casino incident might indicate, Paganini lived life large. He liked his liquor as much as the women and the games of chance. He certainly was prolific throughout and kept going, despite physical challenges and at least two communicable diseases (syphilis and tuberculosis). And resulting from his refusal of Last Rites in his final days, the Catholic Church initially refused him a church burial. So, for four years his remains were, well, kept above ground, eventually finding their way to a tomb in Parma, Italy after the Pope himself intervened.