The Violins of Violinist Itzhak Perlman 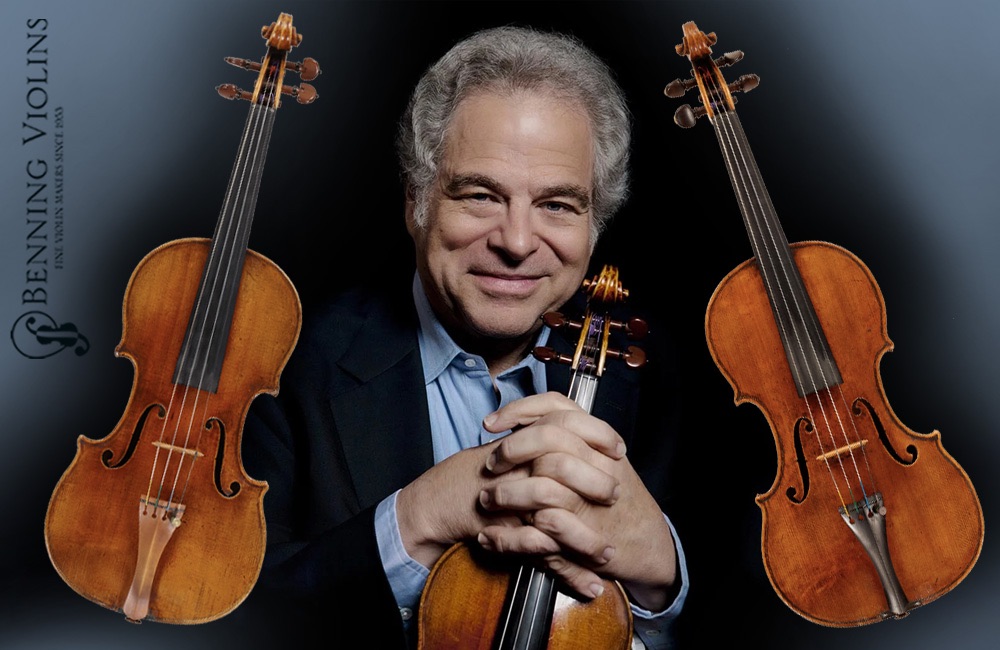 Every fine violin from the Italian luthiers has a story. But in the case of those played by Itzhak Perlman, the life stories of these instruments are bigger.

It’s an understatement to say that Itzhak Perlman has a storied career. And it’s erroneous to say that in the past tense – the 76-year-old virtuoso has a full tour schedule for 2022. He began winning competitions as a child prodigy, has performed with some of the greatest orchestras in the world and before Queen Elizabeth, at the 2009 Obama inauguration, and even shared the stage at the 150th anniversary celebration of Tchaikovsky in Leningrad in 1990 with Yo-Yo Ma, Jessye Norman, Isaac Stern, and Pinchas Zukerman.

But both Perlman and at least one of his fine Italian violins have stepped off the classical stages and are present in the parts of culture not typically associated with fine stringed instruments. At the age of 23, Perlman performed not once but twice on The Ed Sullivan Show, reaching one of the widest mass audiences possible in 1958. Perlman’s other performances outside of concert halls include playing the American national anthem at Citi Field in New York in 2016, on the Sesame Street children’s television show, and in jazz and klezmer arrangements.

Perlman owned and played three of the greatest instruments ever crafted by three renowned makers of fine stringed instruments. They are the Guarneri del Gesu 1743 “Sauret,” the Carlo Bergonzi 1735 “ex-Kreisler,” and the 1714 Soil Stradivarius.

It is the Strad that might be among the most famous outside of classical music, but in an entirely unexpected way. It’s well known to gamers who play Fallout 3, the 2008 action role-play game. Set in a post-apocalyptic world, this lone violin is stored (fictionally) in an underground bunker to save it from nuclear holocaust. In real life, its provenance (prior to Perlman) includes renowned violinist Yehudi Menuhin, Viennese collector Oscar Bondy, and the French luthier Jean-Baptiste Vuillaume.

The Bergonzi was made in the Cremonese studio in 1735. Named for violinist Fritz Kreisler, it was literally the second fiddle of the Venetian musician as he was forced to “donate” his Guarneri violin to the United States Library of Congress to settle a tax liability. Still, the Kreisler Bergonzi served him the last decade of his performing years, after which it was acquired by Cuban violinist Angel Reyes, who played it before selling it to Perlman. It was since acquired by the concertmaster of the Chicago Symphony, Ruben Gonzales, later to violin collector David Fulton – and since 2006 has been in the possession of Dextra Musica Foundation and played by Guro Kleven Hagen of Norway.

The Guarneri del Gesu Sauret remains in Perlman’s possession, even if his Stradivarius is his primary violin. But known for its beauty, with the flames grain ascending from the edges to the center joint, it was featured in a 1994 exhibit in the Metropolitan Museum of Art in New York titled, “The Violin Masterpieces of Guarneri del Gesu.”

Perlman survived childhood polio and has his entire life been unable to walk unassisted. Perhaps it was these fine instruments that not only helped him get around, but to fly.