The Violins of the Henry Ford Museum 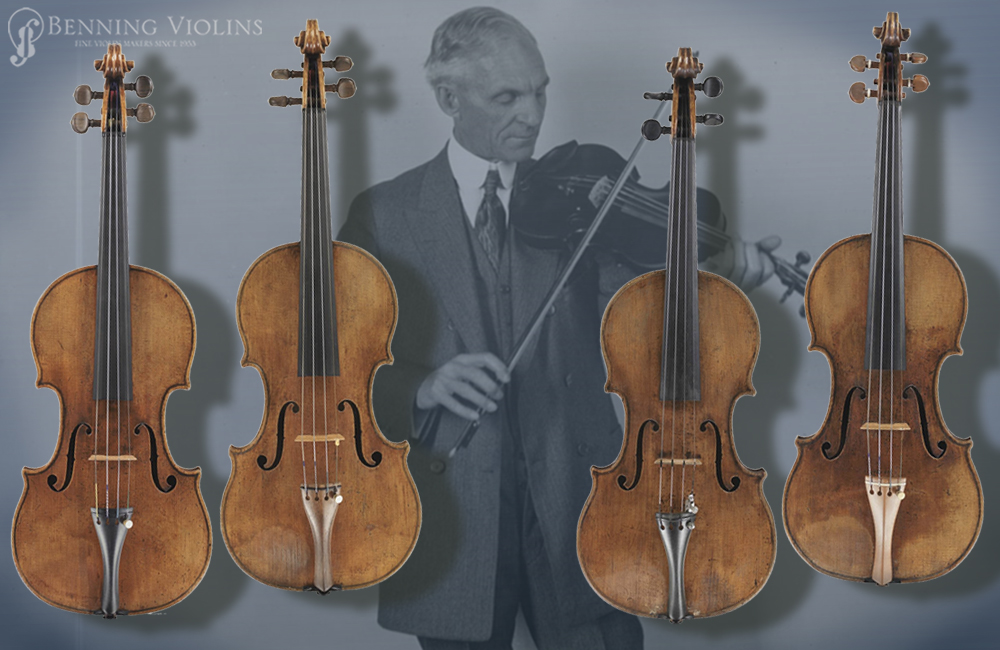 Personal history and personal politics are interwoven into the automaker’s love of violins and “fiddle” music. The highly valued instruments he acquired a century ago live on.

Henry Ford is best remembered as the inventor of automobile mass-production (and mass production in general), taking a then-exotic invention and turning it into an affordable conveyance his own workers could buy. But in what’s now a tradition of the very wealthy, he also acquired several valuable antique violins and violin bows – which he then parlayed into a movement to revive what he termed “old time” fiddle and dance music.

Those fine Italian violins were crafted by extremely famous violin makers. They include two Stradivarius violins (The Rougemont, 1703 and The Siberian, 1709), Guarneri del Gesu (The Doyen, 1744), a violin by Carlo Ferdinando Landolfi (1780), a Nicola Gagliano (1735), a Carlo Bergonzi (1740), an Amati (1647), and a Tourte workshop bow (1790-1795). The violins and bows remain today at The Henry Ford Museum in Dearborn, Michigan, near Detroit, which says its mission is to immerse visitors into ingenuity, resourcefulness, and innovation.

Of course, much of the museum’s focus is on the history of cars, and the expertise and legacy of this definitive American industrialist and those like him. So the violin collection is a bit of a standout – until you explore the particular fondness Ford had for, as he called them, fiddles.

That affinity for violins was rooted in Ford’s nostalgia for the dance music of his youth, roughly the 1870s and 1880s. It was country music from his rural Michigan origins that he wished for the most, so much so he bought an inexpensive violin as a young man on which he taught himself to play (not well, by his own admission, but well enough). By the 1920s, Ford was rich enough to begin buying violins of the master Italian luthiers.

His love for the fiddle took an intentional turn as he began to support a revival of 19th century dances and dance music. While not fully American – square dancing, which he promoted, is derived in part from French and British reels – these dances were Ford’s rejection of the budding jazz music genre, the lively dances such as the Charleston, and other modern forms that were increasingly popular at that time. His reversion to historical music and dance was a part of his famously anti-Semitic pronouncements, which suggested a collusion between African Americans and Jewish people was undermining traditional culture in the US.

Remarkably, square dancing was taught in American public schools as a physical education class well up into the 1970s. Attempts by legislators as late as 2003 to name square dancing the official national folk dance of the country – received opposition from actual square dancing organizations. They favored a purity of the form that required live fiddlers supplying the music, not recorded music, to lead the dances. It failed as a national measure, but there are 28 states that today name square dancing as the office state folk dance.

The Henry Ford has displayed the violin collection since 2015 at the museum, having previously kept them in a non-public archive. But it should be noted that in his time Ford loaned his instruments to budding virtuosos, including the son of Russian-Jewish immigrants, Grisha Goluboff, who encountered discrimination in Nazi-era Germany. Today, the museum loans such instruments as the 1709 Siberian Stradivarius to the Sphinx organization, a Detroit-based social justice organization that nurtures talented, diverse musicians.