The Violins of Violinist Yehudi Menuhin 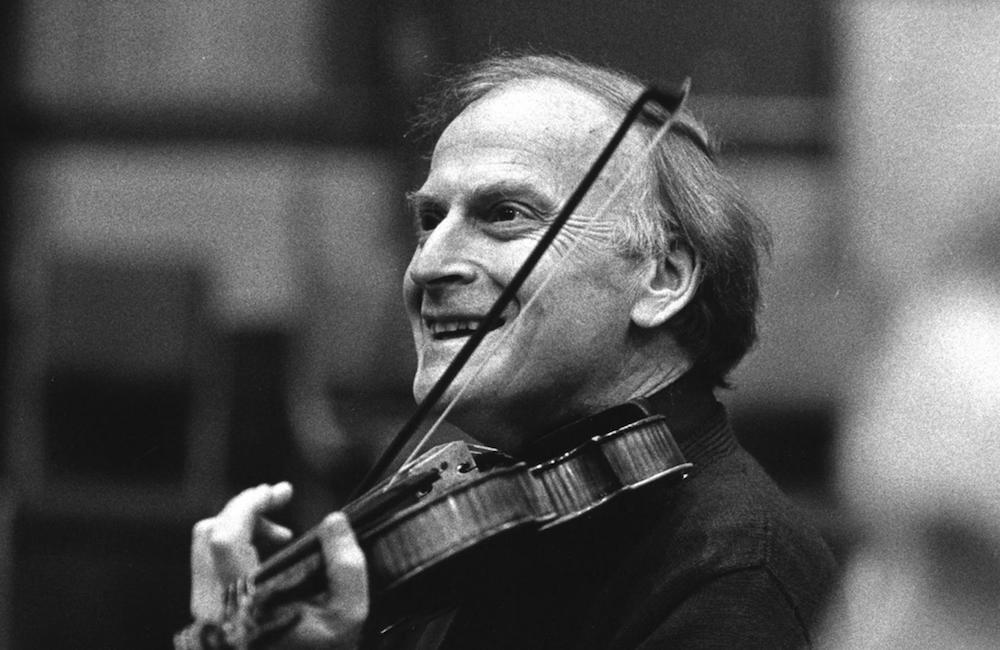 The prodigy Menuhin had a taste for the best violins in the world, and his virtuosity made him deserving thereof. For all he was given he also gave in kind.

What is the connection between virtuoso violinist Yehudi Menuhin (1916-1999) and Fallout video games, devised in the early 2000s? The former is among the foremost violinists of the 20thcentury, and the latter provides virtual roleplaying in a fictional post-apocalyptic universe set in the 22nd and 23rdcenturies.

What they share in common is the Soil Stradivarius, built in 1714 by the legendary Cremonese luthier and one of seven famous violins owned and played by Menuhin during his illustrious career. In the fictional Fallout story, the Soil Stradivarius is thought to be the only Strad that survived a nuclear war, and it is therefore hidden in a vault to preserve it.

Back to real life, Menuhin played the Soil Stradivarius (so named for an 18thcentury Belgian industrialist) from when he purchased it in 1950 until some time before he sold to its current owner, violinist Itzhak Perlman. French luthier Jean-Baptiste Vuillaume once owned the instrument, distinguished by its red varnish and two-piece maple back. Like Stradivari, Vuillaume provided musicians at the time with fine stringed instruments for sale, crafted in his fine violin shop and by his gifted hands.

It was not Menuhin’s only Stradivarius-crafted instrument. He used the Prince Khevenhüller 1733 Stradivari, in addition to three by the house of Guarneri (Lord Wilton Guarnerius 1742, Guarneri filius Andrea 1703, and Guarneri del Gesu 1739). Menuhin also played a Milanese violin from Giovanni Grancino (1695), and another from Giovanni Bussetto (1680), a luthier in Cremona, whose violins are very rare because he was active for only ten years (1670-1680).

Recognized at a young age for his talent, Menuhin’s first public appearance was at the age of seven as a solo violinist with the San Francisco Symphony Orchestra. His career trajectory set, he was soon in demand around the world. Born in New York City, his parents moved with him to Paris where he studied under George Enescu and Adolf Busch in Basel.

But Menuhin and his violins were not confined to the great concert halls filled with the European aristocracy. He played for Allied soldiers during World War II and for liberated survivors of concentration camps in Germany in 1945. Himself born to a family of religious Jewish immigrants from Lithuania, he nonetheless played with the Berlin Philharmonic in 1947 as a gesture toward reconciliation, a mere two years after liberation and the close of the Holocaust.

Itzhak Perlman remains forever grateful for having received the Soil Stradivarius. He told Strings Magazinein 2015, “When Menuhin agreed to let me try it, I felt it was the greatest sound that I had ever experienced. It was my dream to own it, and one day that dream came true.”

Which suggests the developers of the Fallout video games understand well what should be preserved, come what may in a nuclear future.