The Voller Brothers: Masters of Imitation and Deceit 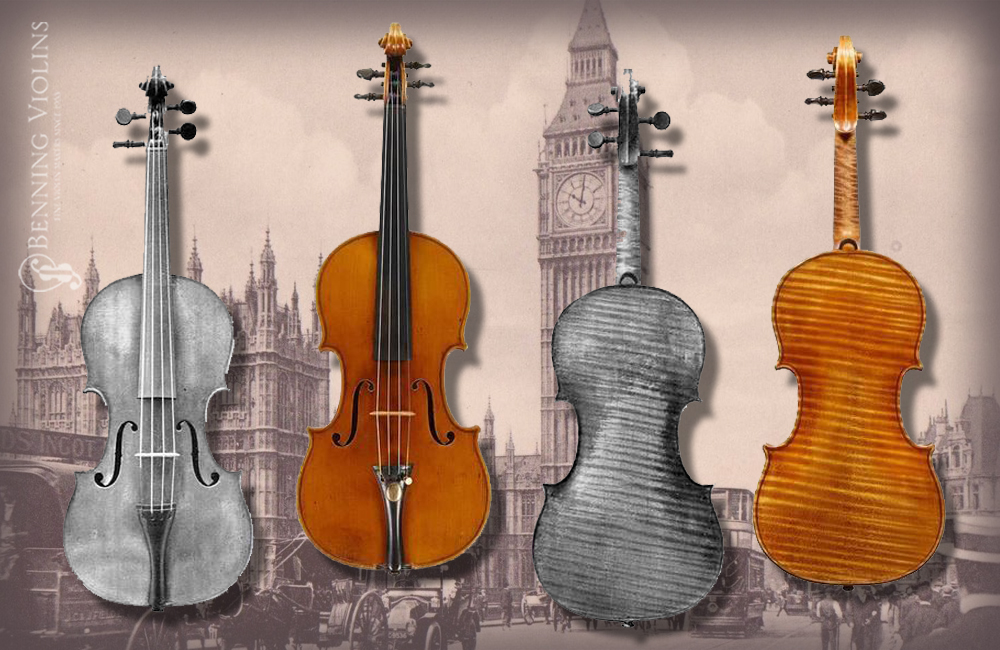 Is it wrong to be really good at copying great things? Yes, if those things are presented as originals. But the Vollers made convincing violin replicas that have value today.

Forgeries of fine art and fine stringed instruments go far back in history, including when the Romans copied statues seen in Greece. But it’s not always been regarded as theft as much as it was flattery, and in some cases the ersatz work was clearly labeled to inform others of its true provenance.

But sometimes not. The violins and violas crafted by the Voller Brothers – fine violinmakers in late Victorian England - are a good example.

There were three Vollers – William, Alfred, and Charles, born in the 1850s and 1860s – who managed to create reproductions of famous and highly-valued violins. When working for another firm, George Hart & Son, their violins were labeled as intentional reproductions of fine instruments by the masters, Guarneri and Gragnani. But they later (around 1890) established their own violinmaking shop, and it was in this business that they began to sell their own stringed instruments, fraudulently, as the work of those luthiers who preceded them by 200 years.

They were able to make a new violin look old because some of the parts, the neck and head in particular, were recycled from old violins. The body of the violin would be new but were cut from wood that shared characteristics of grain with the original instruments they imitated. And to their credit, the instruments played beautifully and were revered by accomplished violinists.

The fraud was a bit easier to maintain because for the most part they copied great violins from slightly lesser-known makers. Those of Guarneri del Gesu in particular were in their repertoire, in part because buyers were less familiar with the features of the fine violins crafted by the Guarneris.

Important to note, by today’s standards this fakery would be easier to detect. Their most famous copy, known as the Balfour Stradivarius, had purfling made of ebony. Ebony was not used by luthiers of Stradivarius’ time (latter 17th and early 18th century). Other now-easy to spot differences are also seen in purfling joints, the scrolls aren’t the same as with Strads, and the soundholes a bit more jagged than the Cremonese master’s due to different tools in use during the different eras.

Despite the deception and ultimate revelations of those forgeries, the Voller instruments have found respect and value over time. In the first half of the 20th century, American dealers had difficulty getting works of the Italian masters so, with full knowledge of what a Voller violin was all about, they purchased them at prices that reflected the quality of the instruments themselves.

The British Violin Making Association writes about their instruments in adulatory terms, while musicians and collectors consider them worth pursuing. They were aping the masters, after all.