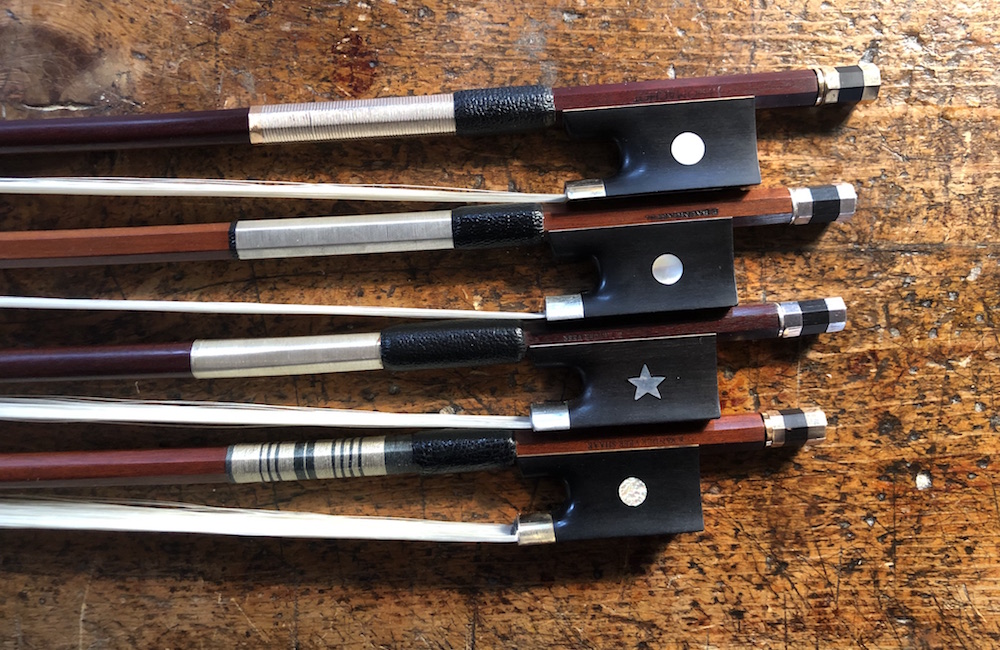 All aspects of orchestral music making – performers, conductors, composers, and instrument makers – have resisted women’s involvement. Until the 20th century.

The place of women in music and instrument-making history follows a familiar path. The fairer sex has always been there, playing instruments, singing in the higher octaves that few men can achieve, composing, and making the instruments. But of course they were relegated to subservient roles, hidden from the mainstream and sometimes heard but not seen.

Fortunately, that’s all changed in the 20th and 21st centuries. But they had to come a long way, baby.

With the exception of a female religious music composer in 12th century Europe (Hildegard of Bingen), women prior to the 20th century at best were instrumentalists who played for chambers, not large groups. It was part of being an upper-class woman to learn the violin, piano, guitar, or harp, or to develop vocal skills. The church, however, condemned large public performances by women. And where performance on a small scale was permissible, more complex matters of composition, counterpoint, and orchestration were denied them in their formal music education.

Thomas Jefferson’s wife, Martha Jefferson, was a musician but it wasn’t until 1913 that the first major orchestra (Queen’s Hall in London) hired women musicians. The Philadelphia Orchestra in 1930 was the first American organization to hire a woman, harpist Edna Phillips.

But one 17th century composer was a woman, Elisabeth Jacquet de la Guerre, who hailed from a French family of harpsichord makers, musicians, composers, and makers of other instruments. Her father did not deny his daughters a musical education alongside his sons. She eventually composed and performed for the court of Louis XIV.

A familial relationship with music and specific segments of music making holds an advantage today for one stringed instrument bowmaker, Joséphine Thomachot. She is the daughter of Stephane Thomachot, himself a master of the French method of bow making. Based in Paris, Joséphine abandoned a career in geologic engineering to follow in her father’s profession – but she also trained with David Hawthorne (in Boston) and Arthur Dubroca, Alexandre Aumont, and Emmanuel Carlier (Paris), and Noel Burke (Ireland). She was awarded a certificate of merit for her workmanship for a viola bow from the Violin Society of America in 2016.

Another contemporary bowmaker, Peg Joanne Baumgartel, an American with a long list of accomplishments and awards, might be associated with her husband (Morgan Andersen), a bowmaker who is also internationally recognized. But Baumgartel got there on her own, initially training under Paul Siefried in Los Angeles before establishing her own bowmaking workshop as a maker and restorer. She participates in the Oberlin Bow Making Workshops, has written technical articles for professional publications, and has been the subject of articles in Smithsonian and Ladies Home Journal magazines.

The connection that yet another notable female bowmaker, Elizabeth Vander Veer Shaak, is not familial yet familiar: As did Joséphine Thomachot, she studied under Stephane Thomachot in Paris, among other fine bowmakers and restorers in multiple cities. One unnamed bowmaker in Paris told her, “Ah, but women should not be bowmakers. They should be restorers because they have an eye to detail.” She moved on because she thought making bows would make her better at restoring, if that was to be her path – and she was correct.

Vander Veer Shaak thinks beyond her workbench in Philadelphia. She is an advocate for planning the endangered pernambuco wood in Brazil, the preferred material of fine stringed instrument bows. She has her own stockpile of the precious wood purchased decades ago, but it’s clear this female bowmaker is looking out for future generations of bowmakers, regardless of their gender.

These three talented women have broken through the proverbial pernambuco ceiling to be recognized for their superior craftsmanship and creative vision. Their work can be found featured in catalogs of fine violin bows for sale offered by violin shops that deal in fine bows for violas and cellos as well.