Types of Chinrests for Violins and Violas 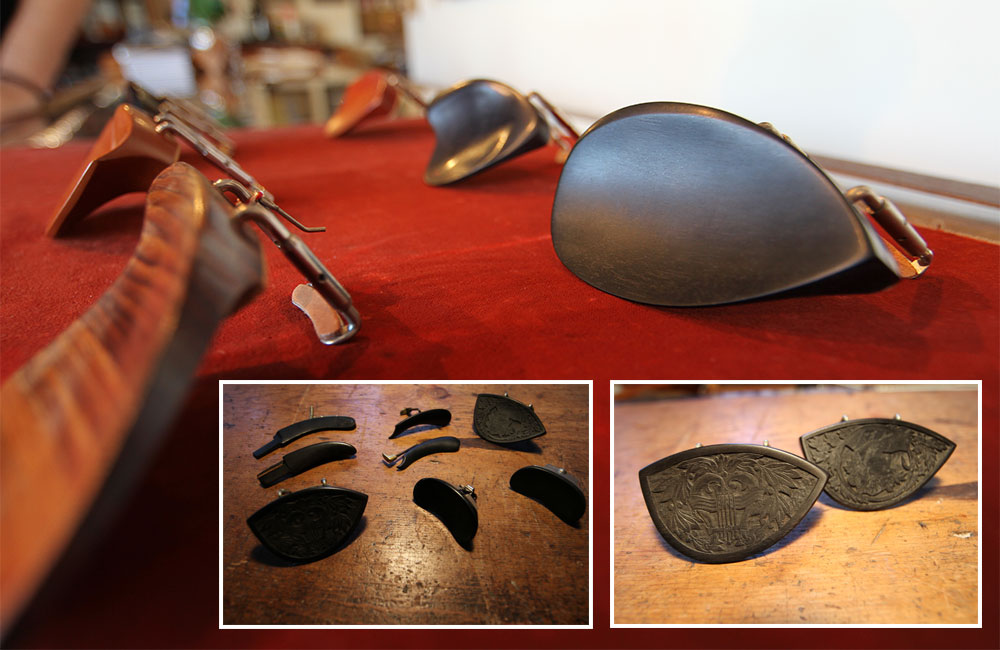 Chinrests on violins and violas are an accessory that have evolved over time. Shapes and styles are a matter of preference, but musicians agree, they make playing easier.

The chinrest is a component of violins and violas that helps in positioning the violinist or violist’s chin and jaw on their instrument. Chinrests are made of rosewood, boxwood, ebony and plastic. Many players use the standard chinrest that came with the instrument. However, it is important that players try out many models of chinrest, as it can make a critical difference in the playability of the instrument and ultimately in the player’s performance.

Louis Spohr invented the chinrest in the early 1800s, as more difficult pieces demanded his left hand in more varying positions. Spohr’s chinrest was a small block of wood centered over the tailpiece. The chinrest gained advocates in many prominent players of the time, becoming the standard component of violas and violins as it remains today.

Today chinrests can be found at a local violin shop that sells violin accessories. They are available in over a hundred styles to accommodate different shapes and sizes of chins and jaws as well as different playing preferences and postures. A poor fitting chinrest may cause aches and sores in violinists and violists, as well as a tilting of the head too far left causing the head to face too far right.

A chinrest placed at the right height will leave about half an inch between the jaw and the top of the chinrest. The player’s eyes should look straight forward. The height can be adjusted with a riser made from cork. Players who are less flexible in their shoulder joint may desire a chinrest that reaches over the tailpiece. A well-fitted chinrest takes weight off the arm and puts it through the collarbone onto the spine, the natural support system of the body. This allows the left arm more freedom to move for vibrato and shifting up and down the fingerboard.