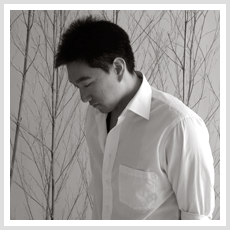 Carving his way into the music industry, cellist Matthew Park, first made his concerto debut with the CSUN Youth Philharmonic and since then has flourished as a cellist and a musician. An avid soloist, chamber musician, and orchestral player, Mr. Park has collaborated with top musicians from all over the United States most recently as a guest artist with the American String Quartet.

During the summer of 2011, Mr. Park was invited to serve as assistant faculty at the Gold Coast Chamber Music Festival where he was invited again for the summer of 2012. A deep admirer of chamber music, Matthew has had coaching's with notable persons such as Sylvia Rosenberg, Clive Greensmith (Tokyo String Quartet), Peter Winograd and Wolfram Koessel (American String Quartet), and the Tackas String Quartet. Mr. Park was a part of many festivals including the ENCORE school for strings, Music Academy of the West, and the Gold Coast Chamber Music Festival.

Matthew currently has a Bachelor's of Music Degree from the Manhattan School of Music during of which he studied under the tutelage of Mr. Alan Stepansky. Also while at the Manhattan School, Matthew along with his piano trio was a part of a Chamber Music Society of Lincoln Center's Masterclass, with Ida Kavafian. Matthew started his musical studies at age 7 with Ms. Jennifer Goss, then shortly after continued studies with Mr. Andrew Cook. Mr. Park is currently a founding member of the New York based chamber ensemble 'Shattered Glass' and is actively performing in Los Angeles and New York City.