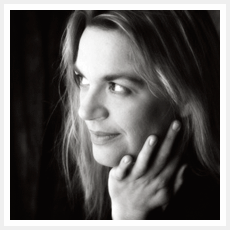 Cellist Michelle Beauchesne has been passionately playing her cello since the age of seven. Soloing with numerous orchestras, she has won multiple competitions at a very early age.

When Michelle turned seventeen she received a full scholarship at the St. Louis Conservatory studying with John Sant' Ambrogio and Leslie Parnas. She continued her studies at New England Conservatory and HARID working with David Wells and Johanne Perron.

Michelle has worked with Leonard Bernstein, Yo Yo Ma and Isaac Stern at the Tanglewood Festival. Further study took her abroad to the American Conservatory in Fontainebleau, France affording the opportunity to work with Jean-Marie Gammard of the Paris Conservatory.

Michelle has performed throughout the United States with the Florida Philharmonic, Palm Beach Opera Company, Berkeley Symphony and the American Tour as principal cellist with the Bolshoi Ballet.

Recording and touring went hand in hand with Michelle and such artists as Placido Domingo, Andrea Bocelli, Natalie Cole, John Cage and the Grammy Award winning group MANA. It was with MANA where she made her MTV Unplugged debut pushing her beyond the classical beginnings and into new genres of music.

Michelle recently completed her first album which is appropriately titled, Solo. The recording is pure unaccompanied cello, speaking volumes of her life experience, further cementing the path of where she has been and where she is going.