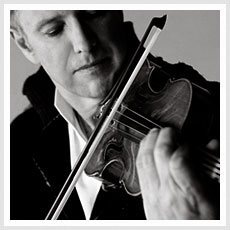 A founding member of the Rossetti String Quartet, violinist Henry Gronnier was born in Saint-Quentin, France. He received his early music education at the local Conservatoire where he won Premier Prix in both piano and violin. He then went on to the Conservatoire National de Region de Versailles, where he was awarded the Gold Medal in the class of Madeleine Thuillier-Deverge, continuing his studies with Michele Auclair at the Conservatoire National Superieur de Musique de Paris.He was awarded a full scholarship to study with the renowned French violinist Nell Gotkovski at Tulsa University in Oklahoma. He concluded his studies with Sally Thomas and Zino Francescatti.

Henry has appeared throughout the world in recital, as a member of chamber music ensembles and as a soloist with orchestra. Notable among his performances are his debuts at Carnegie Hall's Weill Recital Hall and at London's Wigmore Hall. He has participated in some of the world's leading music festivals, such as the "Festival of Two Worlds," The Spoleto Festival both in Italy and Charleston (South Carolina), the Festival Mediterraneen the Festival Albert Schweitzer, the Zino Francescatti Festival and the Festival de San Miguel de Allende in Mexico, performing with such artists as Jean-Yves Thibaudet, Lukas Foss, Patrice Fontanarosa, Chantal Juillet, Claire Desert, Anne Queffelec, Pierre Barbizet, Carter Brey, and Emmanuel Strosser.

When not performing, Henry teaches violin at the Colburn School for the Performing Arts in Los Angeles where he is a member of the faculty.