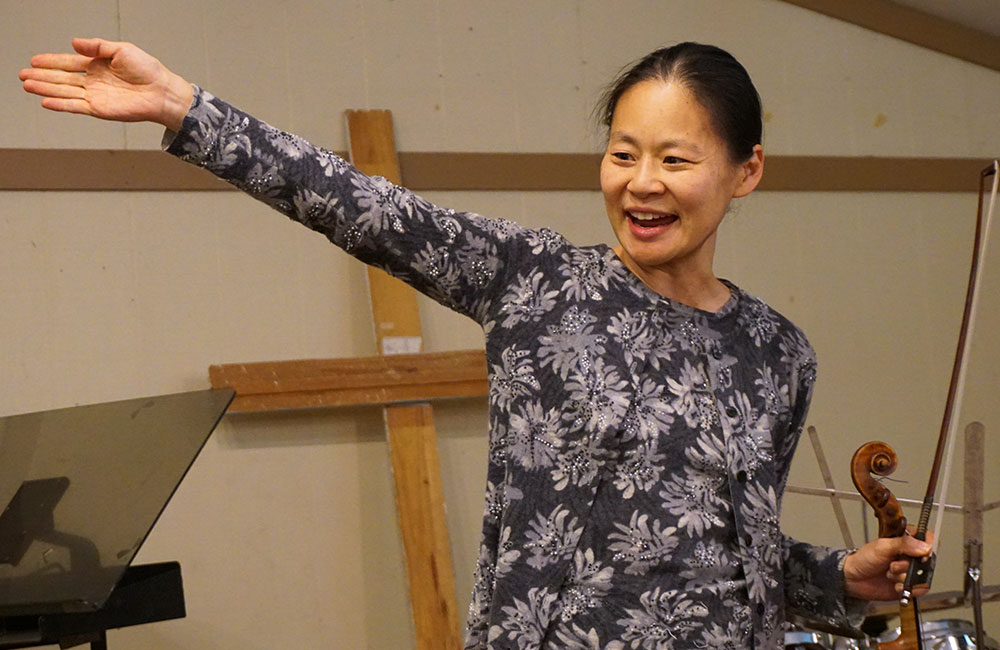 What happens when a preeminent violinist travels to a Mexican orphanage, a convent, and a prison, to name only a few places? Inspiration happens.

“Having done outreach for 25 years, I feel much closer to music,” Midori said. “It changes you as a person. It makes you into a more fully living person, I believe, and that then does make a difference as an artist in your music-making.”

Recently, the violinist, a professor and holder of the Jascha Heifetz Chair in Violin at the USC Thornton School of Music, and seven of her pupils made a pilgrimage down to Baja, Mexico, to perform outreach and music at several different venues.

The trip, organized by the Benning Academia de Música, a community music school located in Ensenada and affiliated with Benning Violins, a renowned Los Angeles violin shop, was, according to Nancy Benning, “something successful, something beautiful and something inspirational”.

“Midori had somehow heard about what we were doing down in Mexico,” said Nancy, herself a violinist and distinguished 2nd generation violinmaker. “She might have read an article, but she came in and expressed a desire to visit our ministry. Six months later, arrangements were made for Midori and seven of her USC students and her accompanist to observe our ministry and to perform master classes and concerts.”

Departure … to a Dump

Tito Quiroz, Director of the Benning Academia, arrived in Los Angeles early on a Wednesday morning in an Academy van to pick up the eager professor and students for what would be four intensive days of music making and music sharing.

The first stop on the itinerary was a landfill area just outside Tijuana, literally a dump, where a makeshift stage was set up and Midori and her students performed an hour-long concert of accompanied solos and duets.

“The property is an actual dump and people live off of what is dumped there,” confirmed Nancy. “It was the first concert they gave and it was such a wonderful experience and the people there are wonderful. The students are incredible violinists as is the pianist.”

Midori and her students performed in a covered chapel, built by Pastor Manuel Pita, who runs an outreach ministry serving local residents and offers food, clothing and shelter to those in need, as well as providing Sunday worship services. 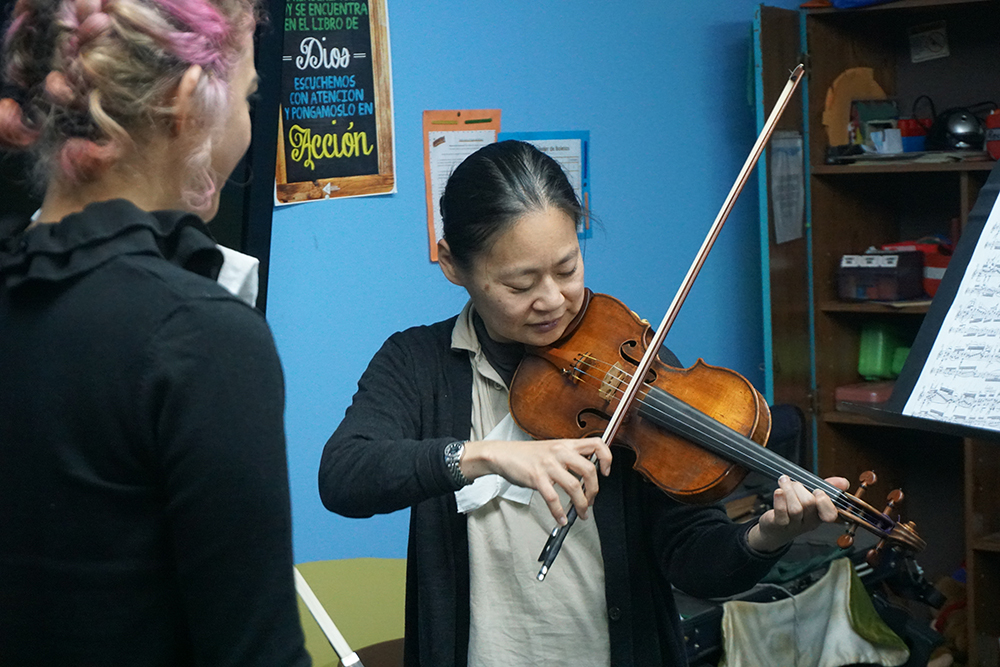 From there, Midori and her entourage traveled to a local orphanage in the wine country, just north of Ensenada. The orphanage works closely with the Benning Academy, whose teachers travel there each Saturday and teach music to the residents. The orphanage serves children who lack parents and families as well as young people with physical disabilities.

For Midori and her students, the trip - her first to Mexico - was as much a literal cultural exchange as an opportunity to perform musical outreach.

Much like the saying, “When in Rome, do as the Romans do” - a phrase implying that when visiting a foreign land it is polite or even advantageous to follow the customs of those living in it - Midori and her entourage spent time interacting with the locals, eating local cuisine such as street tacos and tamales, and staying as guests in the orphanage.

“Even though the trip was made possible through a grant, Midori did not want her students staying in hotels. She wanted them to experience the way life is lived in Mexico,” said Nancy. “They all ended up staying in the orphanage itself and sleeping in sleeping bags. They were actually decent accommodations.”

“I like to think that the work we do with outreach is more than just playing the music,” said Midori. “Yes, we introduce people to music, but it’s a social occasion. It’s an opportunity for both sides to interact with the outside world, a world that’s beyond our usual means. It’s an opportunity to connect and to really explore possibilities.”

A concert by Midori and her students was held at the orphanage on Thursday, in-between short sightseeing trips including to a marine blowhole, La Bufadora, one of the local tourist attractions. 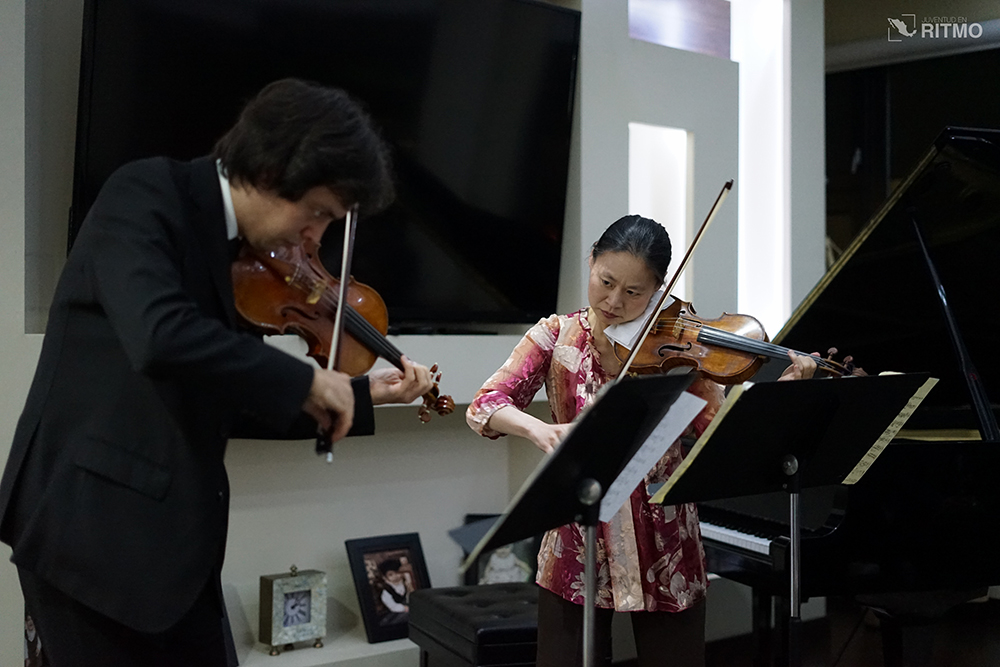 An Intensive Series of Performances

Over the next several days, the visitors from USC performed an intensive series of concerts at several venues associated with the Benning-inspired ministry, including a prison, a convalescent home, a religious convent as well as a facility that serves adults with Down Syndrome.

They also gave a masterclass at a church close to the Academy where recitals and concerts are typically held. Students of Midori worked one-one-one with students of the academy, followed by a class taught by Midori herself with two advanced violin students.

“One of the great concerts performed was at the Ensenada-based convent,” said Nancy. “One of the many things the academy does is to teach music to the nuns who reside there. There are about a dozen madres who are participating in this musical program. They love it.”

A Friday evening fundraiser at a private residence overlooking Ensenada was a highlight for visitors as well as for the hosts.

On Saturday a concert was given at an indigenous community on a hill in the beautiful wine country before heading back to Los Angeles.

“The student violinists from USC were astounding. It was interesting watching Midori work with her students,” explained Nancy. “As they were preparing for the concert, we watched her coaching the students and it was fascinating to observe how she approaches teaching. She has a close and wonderful relationship with her students.” 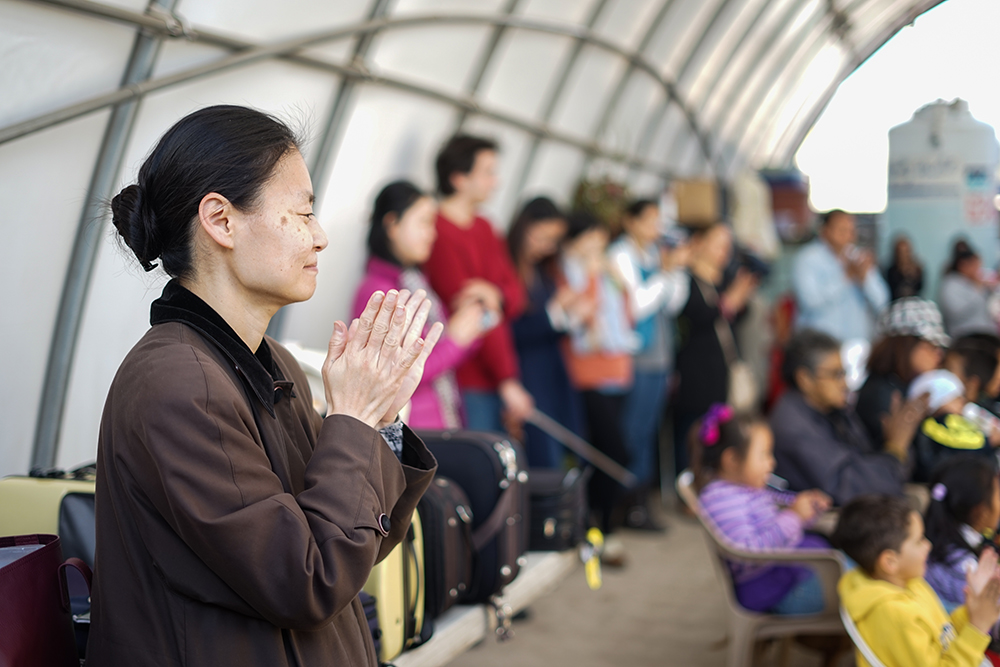 As can be expected in a third-world country and culture, most of those who were fortunate enough to attend these classes and performances of Midori and her students had not ever heard of her. According to Nancy, they had not been exposed to the important musical compositions that were performed and had little context in which to understand the significance of an artist of Midori's caliber visiting.

“The great majority of attendees did not know of Midori during the time we were planning this event,” said Nancy. “Tito was constantly explaining to students of the academy who she is and how famous she is and putting recorded performances of her on his website. By the time Midori arrived, the students were in awe. They’d never been exposed to this level of music-playing before.”

So what were everyone’s impressions of it all?

“The kids were deeply inspired by the experience,” said Nancy. “I think the USC students were also moved by it.”

“I hope the experience will motivate our pupils to put more time and focus into achieving excellence in their playing and in other parts of their lives. The culture there is not competitive, so there’s little to inspire and motivate one to become an advanced and fantastic violinist. But now that they have seen up close and personal what can be achieved - what is possible - my hope is that they will work harder in everything they are doing in their lives, not just music.”

Nancy Benning believes that Midori may have been inspired by the work being done, in Benning’s words, “in the spirit and service of love and to honor the Lord.”

“Midori’s outreach work with her organizations is well known. We know she’s coming from the same place. It was an honor to join with her to provide moments we know were inspirational and profound and moving. It is our hope to continue to invite and bring world-class musicians to see what we’re doing in Mexico if they’re looking for that type of experience. Who knows what the future holds?”

And what of the famous violinist herself?

“My students and I greatly appreciated the opportunity to visit Benning Academia de Música.,” said Midori. “Getting to know Nancy Benning and Tito Quiroz was a blessing that I could not be thankful enough for. They were both inspiring to my students and to me.” 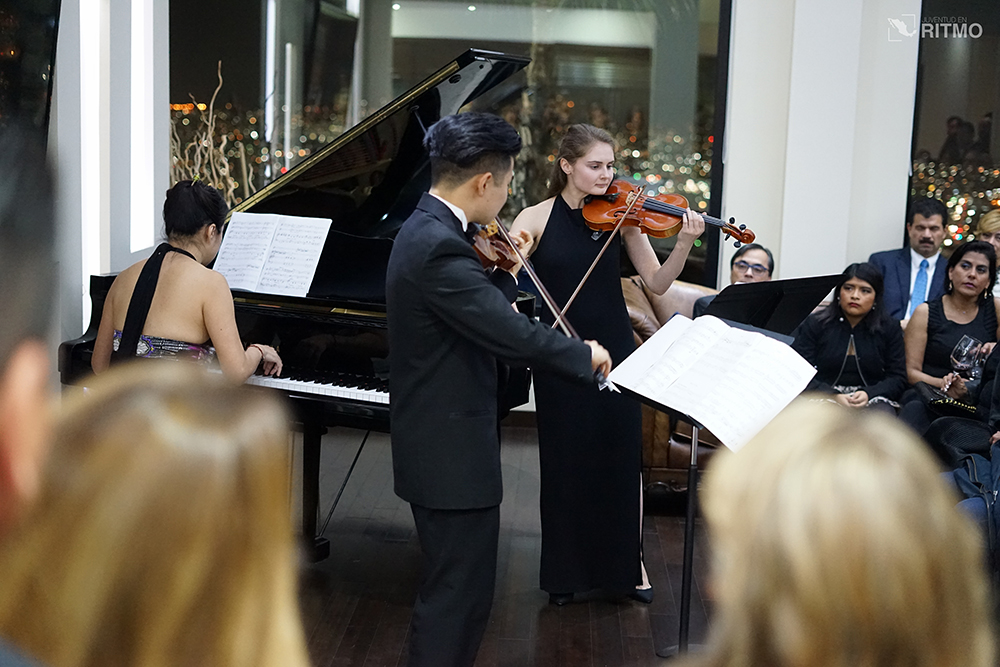 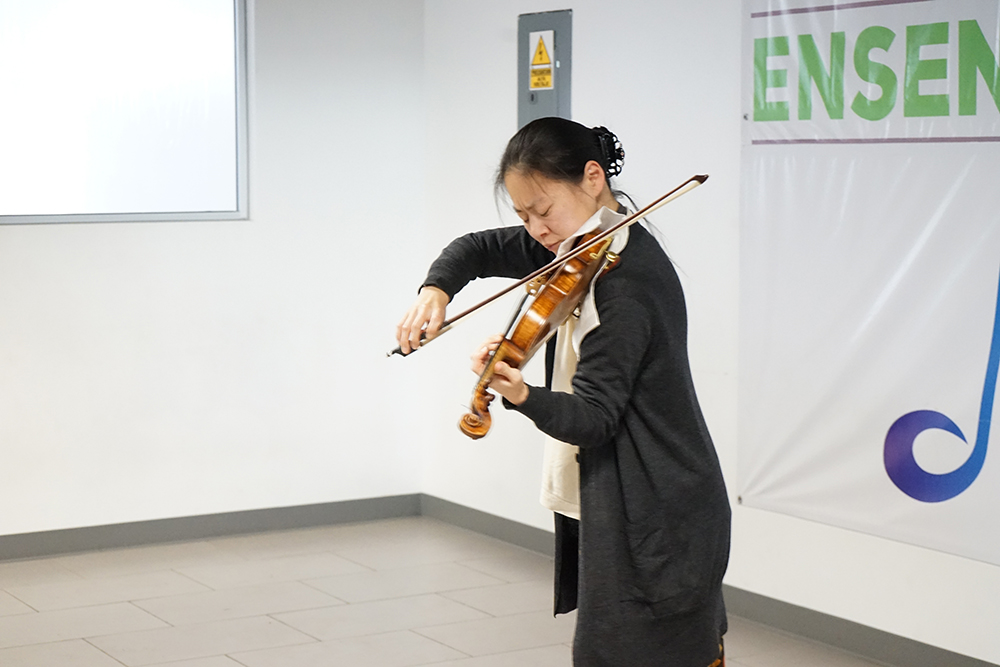 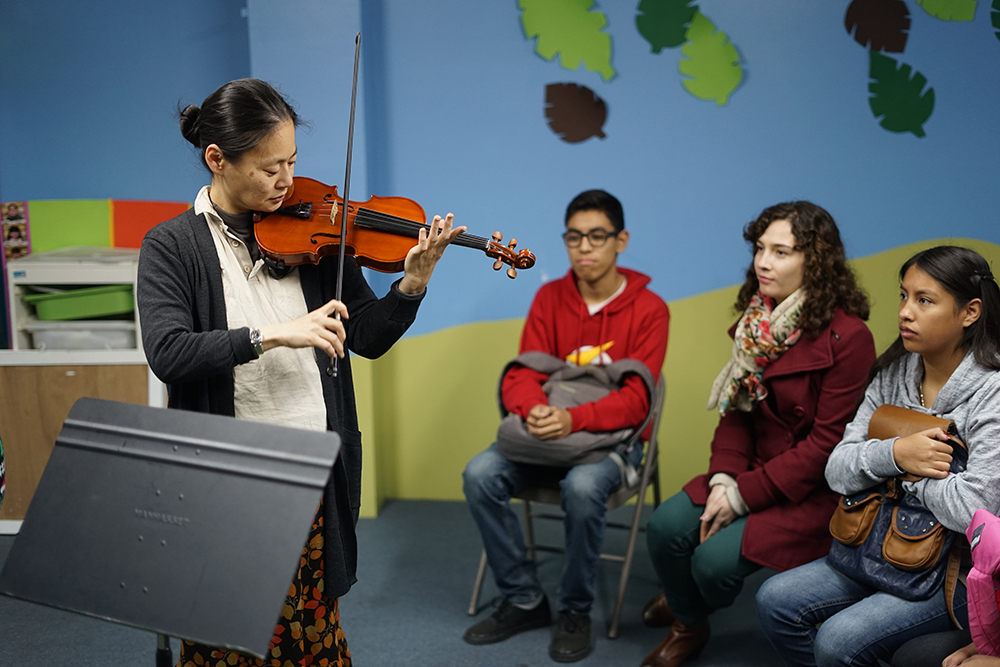 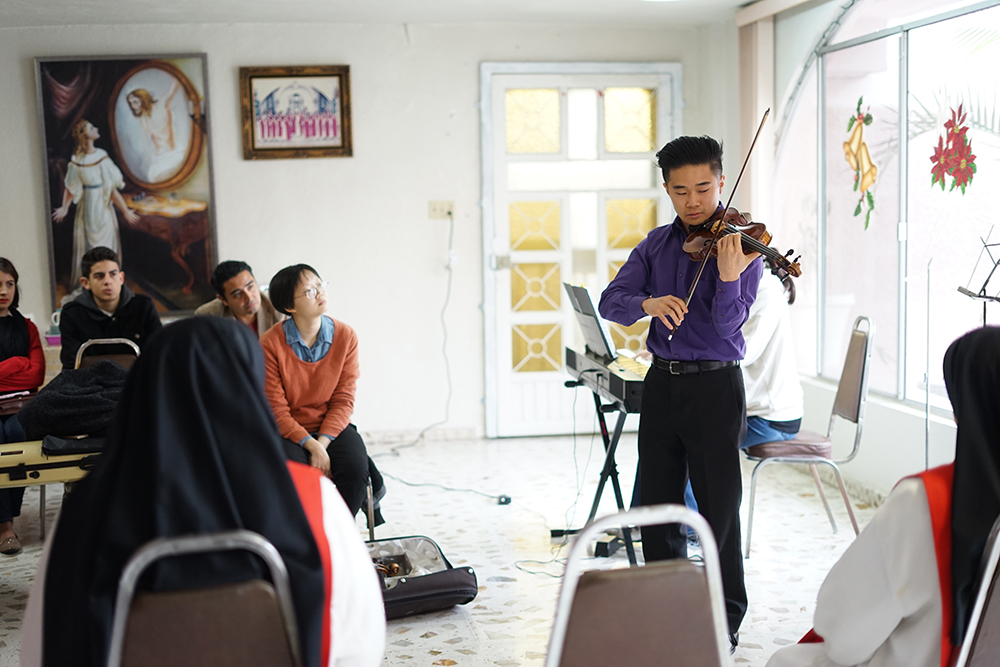 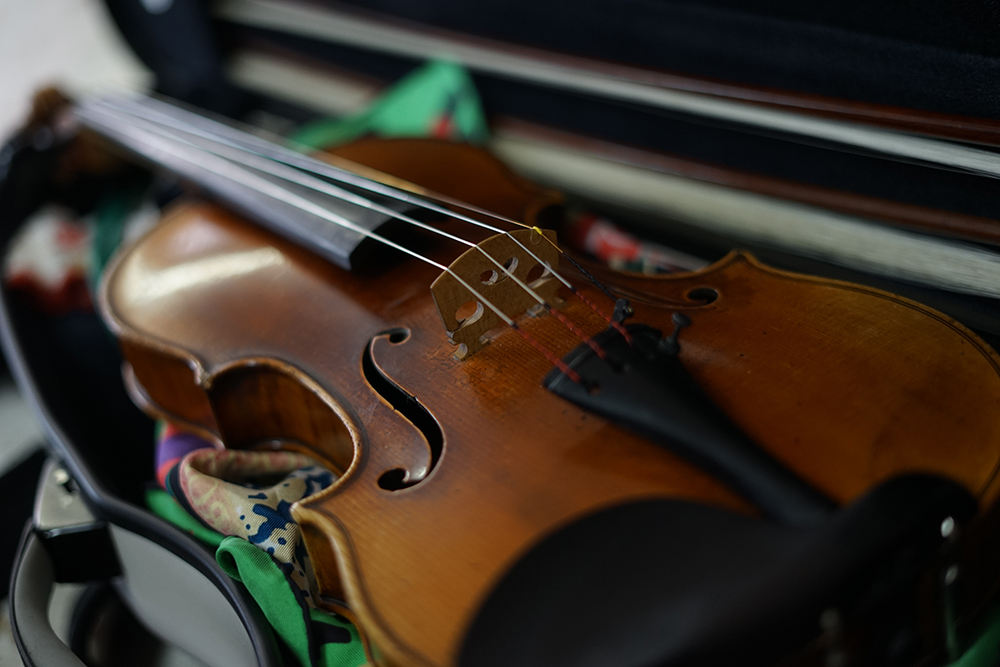 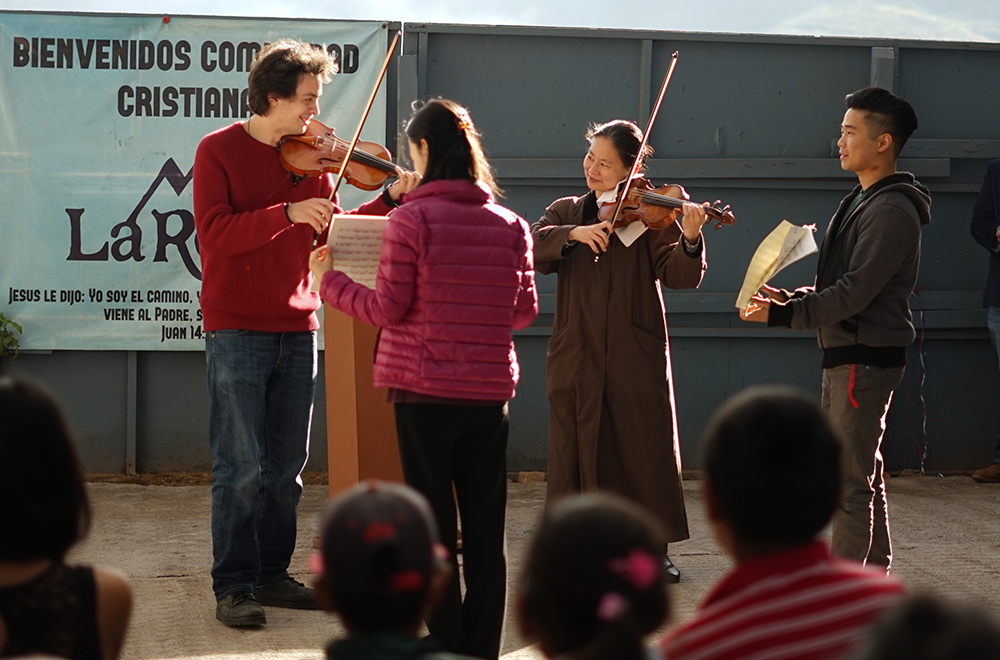 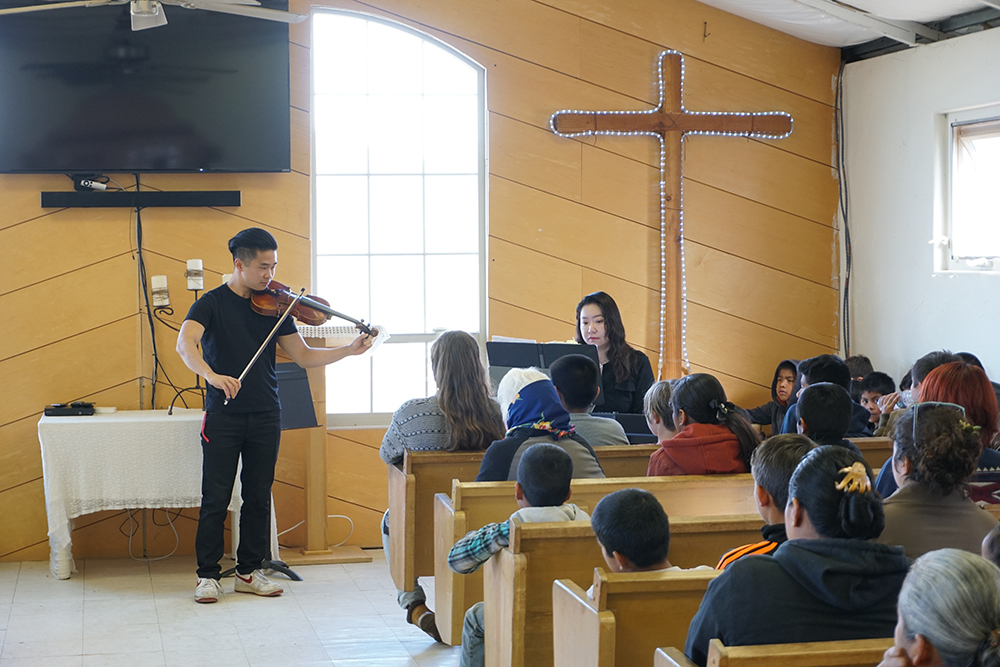 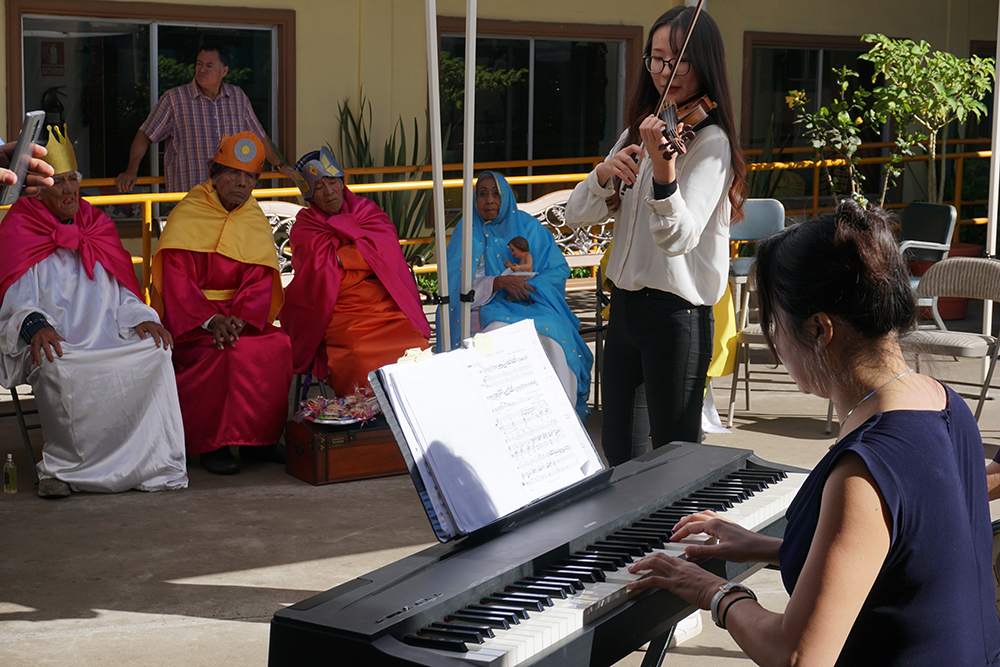 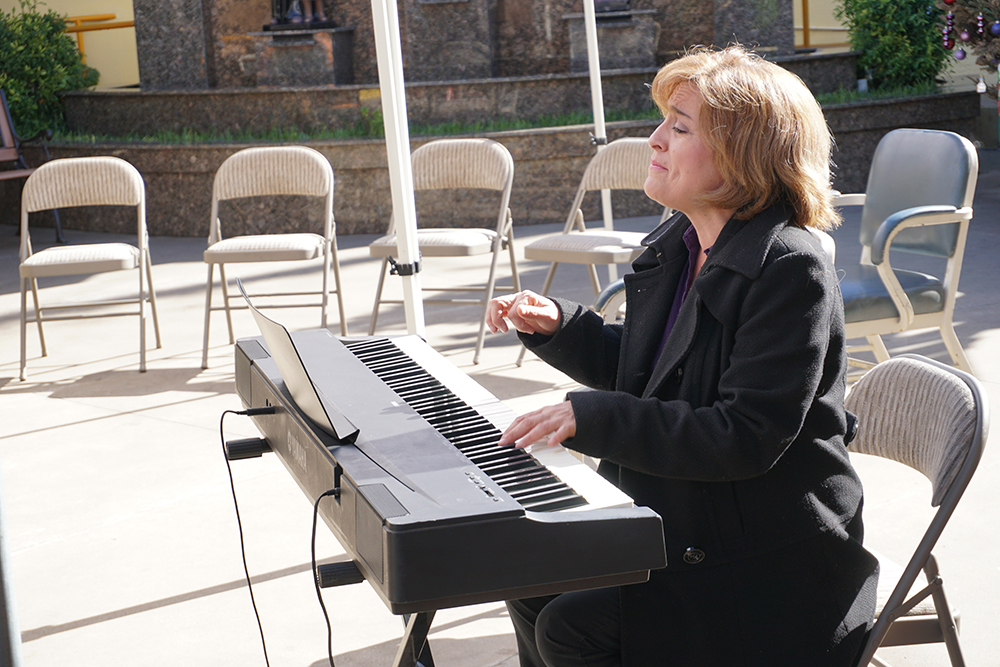 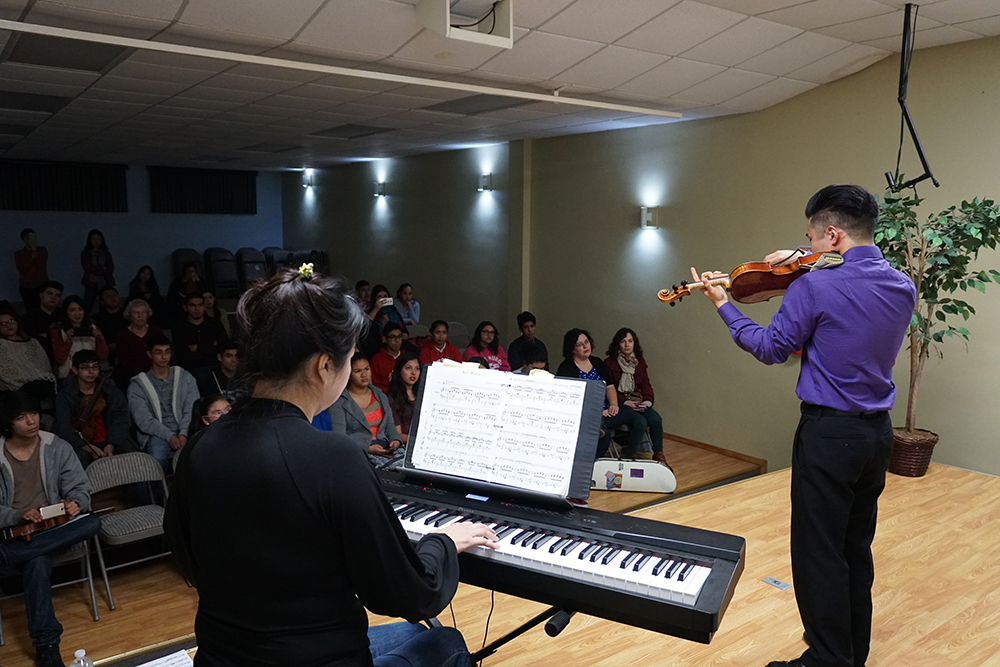 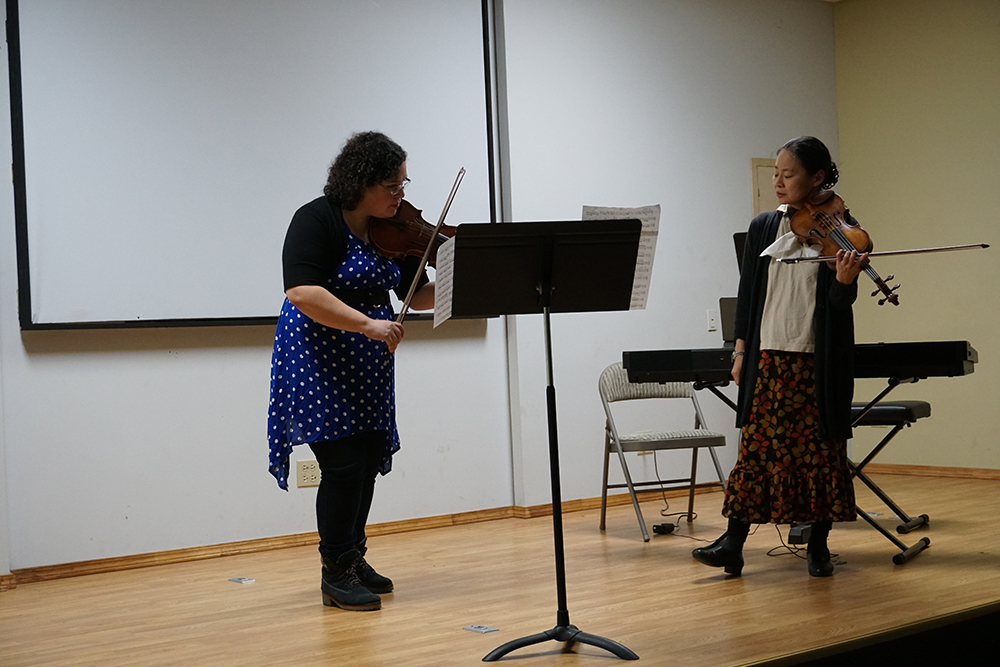 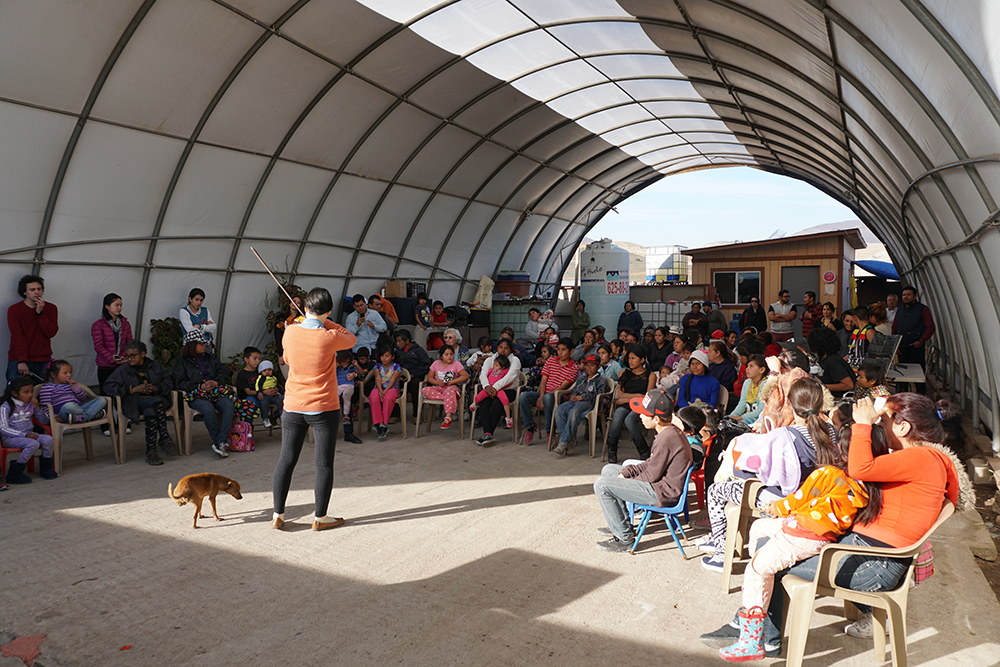 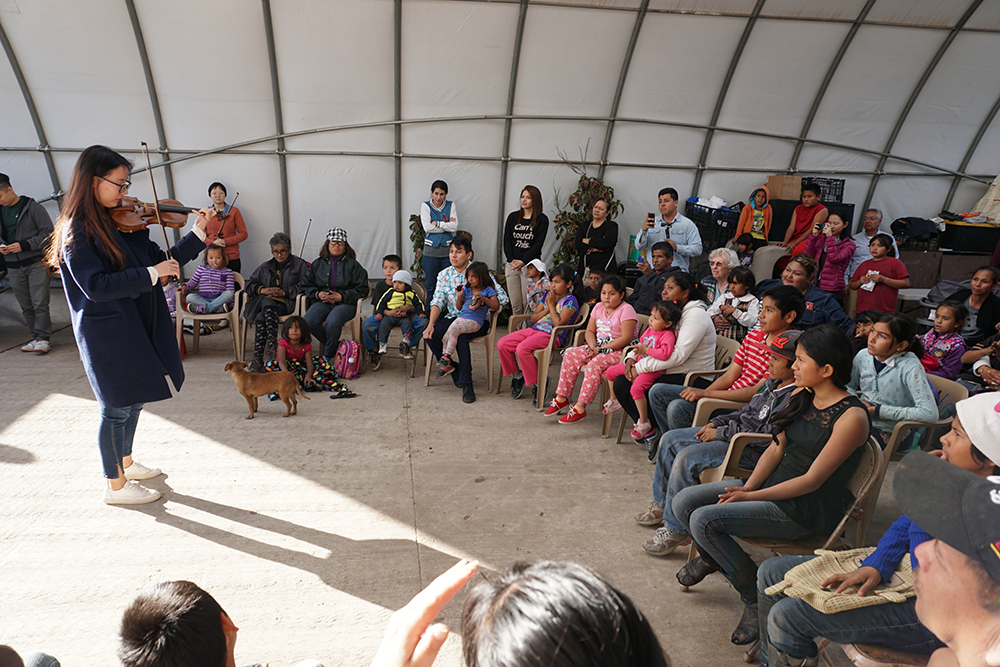