Violinist Nathan Ayers Has the World on 2 Strings 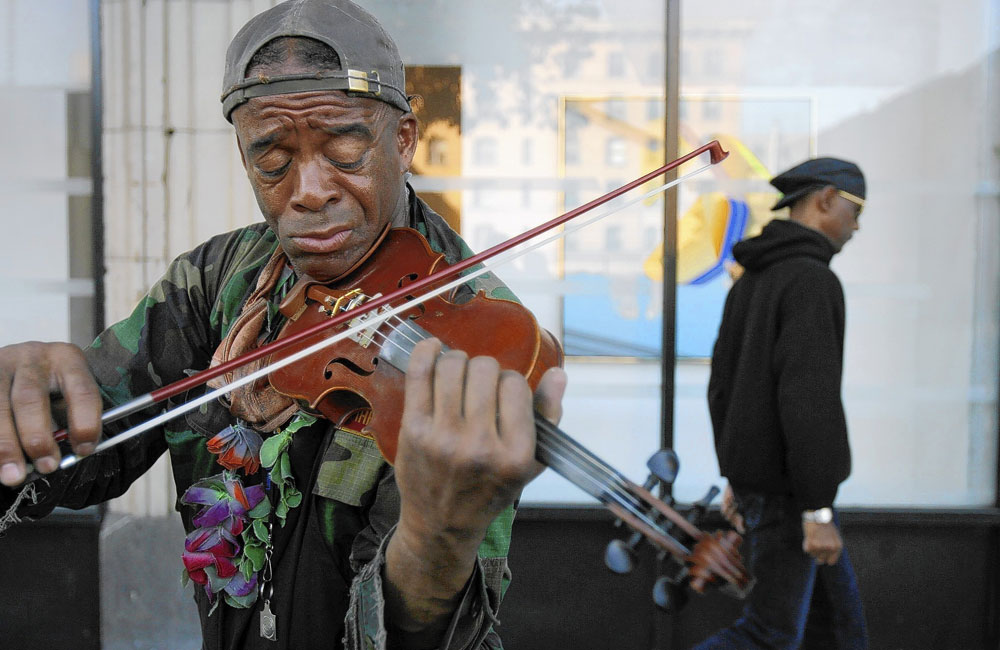 Nathaniel Ayers was shy in our first encounter a few months ago, if not a little wary. He took a step back when I approached to say I liked the way his violin music turned the clatter around downtown L.A.'s Pershing Square into an urban symphony.

I was more than a little impressed, especially when it occurred to me that Nathaniel's grimy, smudged violin was missing two of the four strings.

"Yeah," he said, frustration rising in his brown eyes. "This one's gone, that one's gone and this little guy's almost out of commission. You see where it's coming apart right here?"

Playing with two strings wasn't that hard, he said, because he began his music education in the Cleveland public schools, where the instruments were often a challenge.

"If you got one with one or two strings," he said, "you were happy to have it."

I noticed an empty bag from Studio City Music, a Los Angeles violin shop, in Nathaniel's violin case and gave the store a call to ask if they had a homeless customer.

"Black man?" asked Hans Benning, a violin maker. "We do have a guy who plays with a badly beaten-up fiddle. He comes here every so often. He's very kind, very gentle and very proper. He's a delight."

I told Benning his name is Nathaniel Anthony Ayers, and he seems to know a thing or two about music.

"Yes, he does," Benning said. "He talks about the Beethoven sonatas and then slips back into another world."