Ways to Electrify an Acoustic Violin 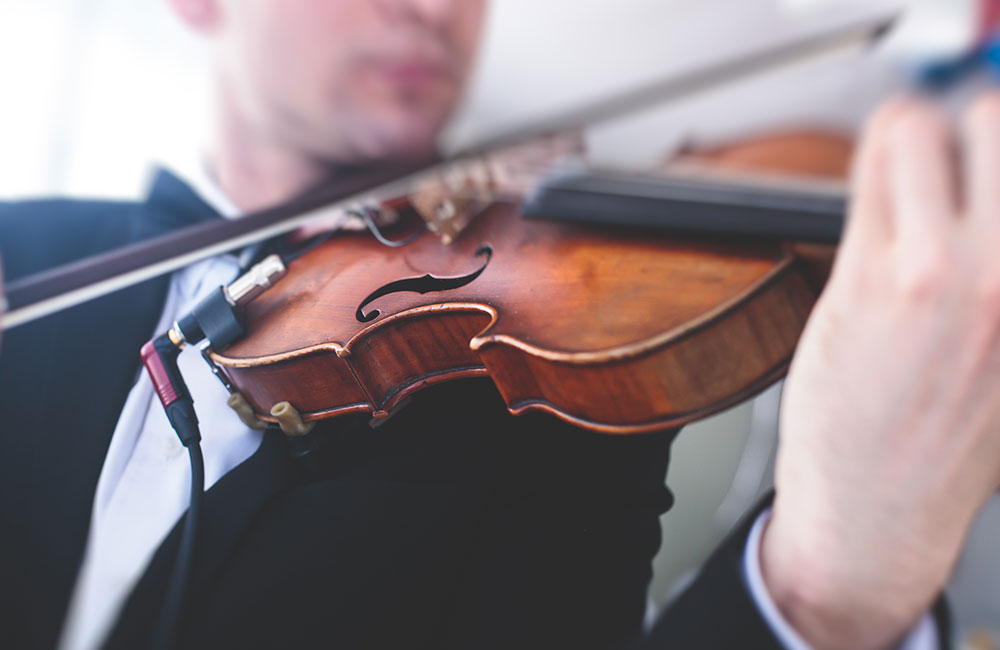 The electric guitar didn’t kill the acoustic ones, and neither have electric violins diminished acoustic violins. They broaden artistic range.

Is it somehow unwholesome for the serious violinist with a firm grounding in classical music to toy with the idea of electric violins? Or for that matter, can players of cellos, violas, and the stringed bass also consider what kinds of sounds they can produce with an electrified instrument?

There’s absolutely nothing wrong about it, as the work of players such as Mark Wood (Trans-Siberian Orchestra), avant-garde artist Laurie Anderson, jazz violinist Regina Carter, Myleene Klass (British pop group Hear’Say), and Miki Fujimoto (violinist in the progressive rock band Fantasmagoria) prove out. These are serious, accomplished musicians who no doubt began their training in the rigors of classical music but later found their path to more contemporary and often experimental music. All have following that appreciates their creative voices. And they probably had good counsel from their favorite violin maker.

There are two primary means of creating electrified violin music. One is to buy an electric violin – another topic for another day – and the other is to simply amplify a traditional violin with a microphone. The amplification method can be done by three different methods:

Microphone near the violin: This is no different than simply creating any sound that is then amplified on a public address system, as with someone speaking at a microphone in front of a large crowd. Freestanding microphones are used in recording studios where ambient noise is all but eliminated; in a larger concert setting the microphone can pick up sounds from other sources.

Mini microphone attached to the violin: This is where a small microphone is mounted on the side of the instrument over the bridge area. The sound pickup is much more direct and arguably produces the most natural sound.

Pickups: Like the mini microphone, it is attached to the acoustic instrument but has fewer feedback problems. As such, pickups are generally preferred by musicians who are serious about electrifying their violins. Mounted on the instrument, under or near the bridge or tailpiece, a pickup comes in magnetic and electrodynamic versions. These are newer technologies and favored for a warmer sound.

While designed for the violin, the pickups can amplify a viola, cello and upright bass. The additional advantage for the violinist, particularly those who want to provide a more theatrical performances, is the pickup is more mobile and therefore allows the player to roam about a performance space without being tied to a boomed microphone.