Why You Can’t Easily Sell a Stolen Stradivarius Instrument 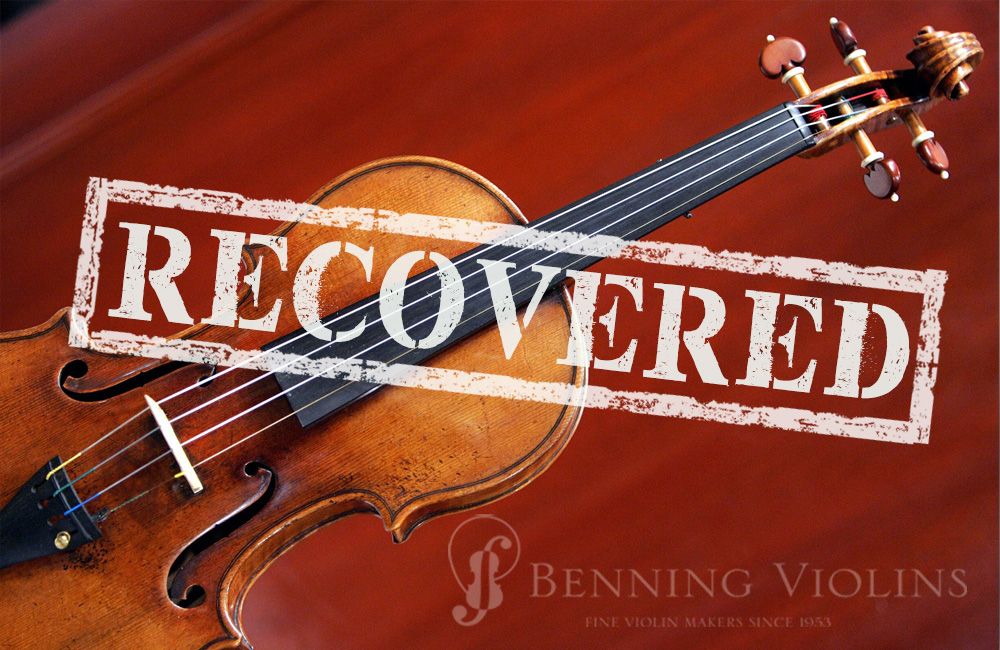 Rare stringed instruments have a chain of custody known as provenance. Without clear and legal ownership, the instrument is more a liability than asset.

In the world of very valuable things – think art, antiques, Stradivarius violins – there is a mix of beauty and threat that is ever present.

Fine art galleries have their works under 24/7 security. Antiques are heavily insured and protected, particularly if they have a connection to historical events. And when a virtuoso musician travels with a fine stringed instrument, it never gets checked with luggage: a violin might fit in overhead luggage, but when YoYo Ma flies with his cello (the 1712 Davidoff Stradivarius), it goes strictly first class with its own seat and boarding pass.

Still, there are thefts of fine stringed instruments. And the irony is that the things of highest value – which of course include any violin, cello, viola, guitar, harp, mandolin or bow made by Antonio Stradivari – are of least value to thief. Why? There is far too much scrutiny of those instruments and their provenance. And, a thief of something such as a Strad is almost by definition unsophisticated and very bad at the crime business.

There are thefts of fine Italian violins, violas and cellos that seem to occur out of a love of the instrument and the music it can produce. But more often the thief is looking for a big payoff, or simply doesn’t realize the expensive looking instrument he just stole is as priceless as it is.

A recent example is the theft in a parking lot outside Wisconsin Lutheran College’s Schwan Concert Hall near Milwaukee in 2014. The Lipinski Strad was on loan to the concertmaster, who was attacked with a stun gun following a performance. The Milwaukee police chief, fortunately, was an avid concertgoer and understood the value of the instrument. It was recovered ten days later, and the suspects were arrested, charged, and convicted. They had no apparent plans for how to resell it, and one of the criminals had a prior rap sheet that included an unsuccessful fine art theft.

Another case illustrating a different kind of Strad theft was the 1734 Ames Totenberg Stradivari. It went missing from Roman Totenberg’s office as he greeted well-wishers after a concert at the Longy School of Music (Cambridge, Massachusetts) in 1980. It surfaced 35 years later in the belongings of the suspected thief, a violinist who had a mediocre career before dying at middle age.

One still-missing stolen Strad is the Davidoff, Morini 1727 that was taken in 1995 from the apartment of its owner, 91-year-old Erica Morini, as she was dying in a hospital. It has never (yet) resurfaced and is today on the FBI’s top Ten Art Crimes list of unsolved art thefts.

Many other Stradivarius thefts were solved eventually, with the perpetrators unable to gain financially. But several remain missing. They include the 1709 Mendelssohn (stolen in Berlin in the Nazi era in 1939), the 1709 King Maximilian (stolen in 1999 in Mexico City), and the 1714 Le Marien (taken from a consignment sale shop in 2002 in New York City). These and at least six more remain missing – and yet there are no known successful sales of any of them, likely because a buyer would be implicated in the crime if they were aware of the true provenance and value of the instrument.